This article highlights BEIS proposals in relation to resilience statements.

BEIS has published its long-awaited consultation on restoring trust in audit and corporate governance. The consultation paper runs to 230 pages and the consultation will remain open until 8 July 2021. In one of the key proposals BEIS outlines its support for Sir Donald Brydon’s recommendation for certain companies to have to produce a Resilience Statement.

To which companies will this Resilience Statement proposal apply?

Initially it is proposed that this proposal will only require to premium listed companies as they currently have more extensive experience of risk and viability reporting through disclosures they provide under the UK Corporate Governance Code and the UK Listing Rules.

However, the Government believes that the public interest in resilience reporting extends to other listed and to unlisted companies with a significant economic and social footprint. It therefore intends to extend this requirement to other Public Interest Entities (PIEs) within two years of it coming into force for premium listed companies. This is subject to the possible exclusion of recently listed companies for which the Government is considering whether for a period of time such entities should retain the option of voluntary compliance in order to build investor confidence in their reporting and future prospects.

What will the Resilience Statement comprise?

As per Sir Donald Brydon’s recommendation, the Resilience Statement will cover three time periods. These are as follows:

(i) Short-term
The short-term section of the Statement would incorporate a company’s existing going concern statement, including disclosure of any material uncertainties considered by management during their going concern assessment, which were subsequently determined not to be material after the use of significant judgement and/or the introduction of mitigating action. Such disclosures are currently required under international financial reporting standards in respect of the application of significant judgement, but the Government accepts the Brydon Review proposal that this should be required in the Resilience Statement, including disclosure of uncertainties no longer judged material after mitigating action. The Government believes this has the potential to drive better compliance and more informative reporting in this area.

(ii) Medium-term
The medium-term section of the Statement would incorporate the existing viability statement requirements to provide an assessment of the company’s prospects and resilience, and to address matters which may threaten the company’s ability to continue in operation and meet its financial liabilities as they fall due. In this respect, the Government agrees with the Brydon Review that the mandatory assessment period should be five years, rather than the three year period currently chosen by most companies who produce viability statements. It is also proposed that viability reporting over the medium term should do more to evidence scenario planning by companies and the Government is inviting views on how this could best be achieved in practice. At this stage, the Government intends to require companies to include at least two reverse stress testing scenarios in their Resilience Statement.

(iii) Long-term
The Government proposes that the content in the long-term section of the Resilience Statement should not in general be prescribed. Rather, this should instead set out what the directors of the company consider to be the main long-term challenges to the company and its business model, and how these are being addressed e.g. the impact of long-term changes in demographics, technology, consumer preferences and other identified trends on the company’s long-term business model.

The Government also proposes to require further specific disclosures in both the short and medium-term sections of the Resilience Statement. The existing going concern and viability statements largely leave it to companies’ discretion to determine which specific matters of risk and viability should be considered and reported. Whilst companies should continue to have flexibility to report on resilience matters most relevant and material to their individual business, the Government recognises, that there are resilience issues common to many, if not all, businesses, and that it could be helpful to shareholders and other users to have these addressed specifically in the Resilience Statement.

The Government is seeking views on whether the Resilience Statement as a whole, including the long-term section, should specifically address the impact of climate change on the company’s business model and financial planning. In this respect, views are invited on whether the Resilience Statement could provide a means for companies in future to provide disclosures consistent with the recommendations of the Taskforce on Climate-related Financial Disclosures (TCFD), in whole or part.

The TCFD framework encourages companies to report on how they are identifying and managing climate change risks (and opportunities) over the short, medium and long-term, including with reference to their governance, strategy and risk assessment processes. UK companies are not currently required to report according to TCFD recommendations. The Financial Conduct Authority (FCA) has, however, recently introduced a new Listing Rule which requires premium listed companies to set out whether and where they have made disclosures in line with TCFD recommendations, and to explain why they may not have made any such disclosures. The Government has also announced plans to introduce mandatory climate related financial reporting in line with TCFD recommendations for all UK companies above a certain size threshold by 2025, and will consult separately on those proposals.

The TCFD focus on climate related financial disclosures across the short, medium and long term may complement the structure of reporting under the Resilience Statement. The Government is therefore seeking views on whether, and if so how, these two reporting measures might be integrated.

The Government also agrees with the Brydon Review that companies should consider, as part of their Audit and Assurance Policy, whether any independent assurance is required of the Resilience Statement, as well as outlining the company’s internal assurance of the Statement’s content. Any such independent assurance would be in addition to that required by the statutory audit.

The Government’s preferred implementation route at this stage is to implement the Resilience Statement through legislation as a new section of the existing Strategic Report, supported by non-statutory guidance to be maintained by Audit Reporting and Governance Authority.

The Government and regulators will consider what consequential changes may be needed to the UK Corporate Governance Code and relevant provisions in the UK Listing Rules to ensure that there is no duplication across the Strategic Report, the Code and the Listing Rules. Any changes to the Listing Rules would be for the FCA to determine and would be subject to separate FCA consultation. The Government will also consider what scope there may be for companies to report existing statutory disclosures on risk within the Resilience Statement. 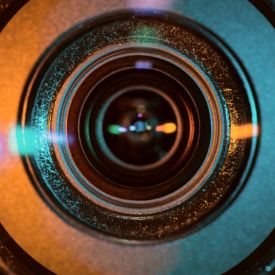