Matthew Halstead CA: Silence around mental health and suicide is no longer an option

Matthew Halstead CA, Co-Creator and Trustee at sidekick, discusses his ongoing relationship with his mental wellbeing, having the strength to take a step back and doing what makes you happy

Can you share some of the struggles you’ve had with your mental health?

At around 14 I became aware that when things were either going wrong for me or if situations were outside of my control, I would very quickly go towards suicidal thoughts. I never attempted suicide, but there were instances of self-harm that all really revolved around control.

This theme of control saw me putting my time and focus into things that I would do well and succeed at. I attended quite a ‘sporty’ school, and I had always been quite good at sport. I would usually be found at the bottom of the top set of performers, which was also true in an academic sense, so I did well but I was always surrounded by people who did better. This meant that I wanted to work harder and improve to move up the ranks.

When it came to sport, I was playing a lot of rugby and started to really focus on exercising and getting better. This led to me rather obsessively keeping an exercise diary which then moved on to me having a bad relationship with food.

When I went to university I was in a situation where I was completely out of control, with very few limits. I was in a position where I had to define my own boundaries and that is something that I’ve never been very good at. For me, it is always ‘push as hard as you can’. I ended up playing rugby league at university. I’m 5ft 7” and a lot of people were much bigger than me, so for me the goal was to get much bigger and stronger so everything that I did was to achieve these goals I was setting. It basically permeated through my entire life.

For example, I’d go out with friends to a club night, not because I wanted to have a drink, but because I knew that dancing for hours would burn a lot of calories.

When did you begin to realise that something wasn’t right and you were struggling?

That came during my time at EY whilst doing my ICAS training contract. I was looking for the next challenge, so I began to sign up for ultra-marathons. At this point in my life, I had never really run for a significant distance, so I’d turn up to these events having not trained for them.

For one of the runs, the race was from London to Brighton. The night before the race I arranged for a taxi to pick me up at 5 am the next morning to take me to the starting line. That night I headed out to an event that went on to the early hours and had far too much to drink. The next morning, I was woken up by the taxi driver calling to say he was outside. So, I got dressed, had no breakfast, and recklessly headed out.

I ended up getting lost during the race and had to hitchhike home, getting back at around 1 am and was at my desk at work the next day at 9 am. That was when I started to think that this was not right. I realised that I had a terrible relationship with food and my body to the point where I would hang towels over the mirrors in my house because I could not bear looking at myself.

After I qualified as a CA, I left the City and went to stay with a relative to breathe for a bit and realise that my life was out of balance.

How have you worked on these feelings?

From that time spent at my relative’s until now, I’ve spent my life trying to rebalance everything. It has been about redesigning my life based on principles that I know are going to make me feel more positive.

Most of us want to live a positive life. For me at the time, 25 and had no dependents, it saw me working for an NGO run by a friend of mine where I could use my CA training to help them with their finances. I enjoyed that so much and it led me on to the other projects I now work on, including the sidekick app which I co-founded with my friend James to help people going through a rough time with their mental health.

If I look at my life balance now, my work is doing stuff that I enjoy and at the same time, I’ve managed to get my need to exercise under control.

How are you managing those thoughts of suicide and what brought you to a place where you feel comfortable talking about them openly?

To be honest, they are still there every day, but I’m not scared of them anymore and getting that balance right really helps.

For me, I’ve got a lot of things going on and I realise now that just because you have one crap day doesn’t mean all the rest will be the same.

At the end of the day, I take ten minutes to reflect on what I have achieved, and if I’ve nudged everything forward a little bit, I’ve generally had a good day. That means I feel better, have fewer suicidal thoughts and am happier.

For me, it was realising that my thoughts were mostly brought on by my issues of control or looking for an escape from something. It was my mind telling me to get out of a situation. Once I understood that, it made it easier for me to talk to people about them and articulate them in a way that they might understand.

The first few conversations I had with people about it probably didn’t go as well as they could because I was still nervous and was unsure how to speak about it. But the more you have these conversations the easier it gets. It also really helps to talk to someone who is actively listening. Having these conversations with your friends, your parents or calling up the Samaritans to have that chat can help normalise it.

The increase in attention around mental health over the past few years has helped in the way that people are not as surprised by these conversations as they may have been in the past. There is also so much more vocabulary around to explain the situations people may find themselves in.

People may still be worried that if they speak about mental health or suicide, they might get it wrong. I think that time has passed, and silence is not really an option anymore. If you do say something that might not be correct, at least you have tried to have that conversation and you will know the right way to approach it the next time.

What would you say to someone who may be going through some of the same experiences that you have discussed here?

If anyone reading this is going through something similar, my message is two-fold; start talking to people around you - confidantes or professionals that you feel you can trust to have an open, honest and non-judgemental conversation. And secondly, take the time to reflect, learn about yourself and design a life that best works for you.

As my good friend always tells me - there are around 27,000 days in an average life - that’s not a lot so we better start living them! 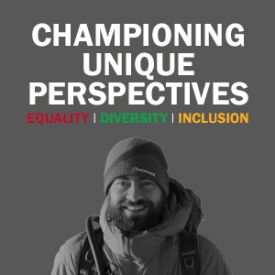 Ricky Munday CA: 'Reaching out for help is a sign of strength, not weakness' 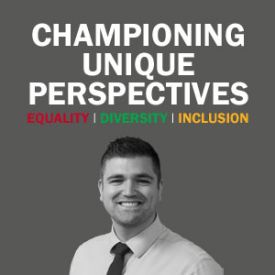