The ICAS Tax team sets out its first thoughts on basis period reform and gives an overview of initial feedback from Members.

The consultation on the proposed basis period reform is now well under way. The detailed proposals were discussed in an earlier article and the ICAS Tax team has already received some comments from Members.

So far, concerns from Members about basis period reform largely relate to the interaction between basis period reform, the start of MTD for ITSA quarterly reporting and HMRC service standards. ICAS and other professional bodies have sent a joint letter to the Financial Secretary to the Treasury raising concerns about the compressed timetable and the likely impact on HMRC, agents and businesses. Basis period reform itself is to be welcomed as a sensible move towards an efficient modern tax administration.

If you would like to share your views with the ICAS Tax team, please email tax@icas.com or book your place at the Ask ICAS webinar on 26 August to hear more about the proposals and contribute your views. ICAS has already raised some of the issues discussed in this article with HMRC and will be submitting a response to the consultation.

The sheer volume of change in a short period of time will have an impact on HMRC resourcing and service standards. There are also concerns about the additional workload for professional firms, and the cost and planning implications, particularly for certain groups of businesses.

Concerns over delays in routine processing are regularly being received from professional firms. While the outstanding achievement of HMRC in delivering coronavirus support is acknowledged, there are widespread concerns that this was achieved largely through reallocation of resources from other areas, with a detrimental and ongoing effect on service levels.

HMRC appears to be under-resourced to tackle the job in hand and to provide acceptable service standards. How will HMRC cope with the inevitable surge in demand if MTD for ITSA arrives with a ‘big bang’ start for all businesses in April 2023?

To take a recent specific example, a firm reported that it was advised by HMRC that it is taking up to six months to set up a UTR reference for new Self Assessment clients.

The firm commented: “I am concerned with the possible chaos and unworkability of April 2023 for Making Tax Digital for Personal Tax, together with the impact of the HMRC Basis Period proposals. …. HMRC at the senior board level need to realise the challenges being faced on the ground within HMRC, its lack of capability just now and also the additional strain these proposals will put on an already strained group of agents around the UK”.

Delays are also being seen in other areas, such as compliance work and repayments. This is basic bread and butter work.

Access to the pilot and cost of appropriate software

Few businesses are currently able to join the pilot. Many, such as those claiming coronavirus support, are specifically excluded. The timescale is becoming too compressed for the majority of businesses to adequately test their systems. The ideal of having 12 months’ experience within the pilot is becoming unachievable.

The reach of MTD for ITSA means that some very small businesses are within scope. It can be particularly difficult in rural areas where individuals may have five or six different income streams, but overall earn little more than the national average wage. Basic issues, for example, how many software licences may be needed by an individual small business which has multiple income streams, are still unclear.

The impact on professional firms and their clients

One firm commented: “currently it is the glue of the agent that is keeping the HMRC machinery fit for purpose, if more pressure is placed on that, for example roll out of MTD in April 2023 and basis period proposals, then there must be concerns how agents around the UK could manage. We are already underway with mapping out what this would look like for us and our clients and the bunching together of the work is a concern.”

For small and medium size businesses, many of whom will have to delegate this work to their agents, the changes will mean additional costs. Many of these agents are already under great pressure and there seems to be a shortage of available staff.

Penalties and the need for a 12 month soft-landing period

If MTD and basis period reform go ahead with a ‘big bang’ from April 2023, there should be a 12 month soft landing period for penalties. Applying the new points-based penalty regime in the first year would not be a good idea – it would add another new set of rules for people to get to grips with.

We have had some concerns raised with us about the likely inadequacy of overlap relief to mitigate the impact of the additional transitional bills. Could the five year spreading period be longer? 10 years perhaps?

Don’t forget to let us know your views

The deadline for responding to the consultation is 31 August. We welcome comments from Members to inform the ICAS response. Please email tax@icas.com or book your place at the Ask ICAS webinar on 26 August to hear more about the proposals and contribute your views. 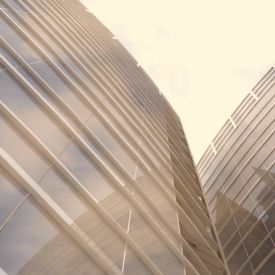