Gemma Bell CA shares why she opted to gain a CPA licence via the mutual recognition agreement ICAS has with US accountancy bodies. 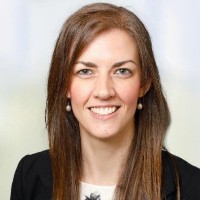 Gemma left the UK in 2015 for a new life in the States having begun her career with KPMG in Scotland.

“I’ve been in the US about five and a half years now, based in New York. I moved across to join the team that I’m still in and I’m very happy with where I ended up,” Gemma said.

Gemma originally studied law in Scotland and specialised in tax law in her final year at university. This introduced her to many ‘accountants to be’ who were applying to the Big Four firms to begin their training, which encouraged Gemma to pursue a similar career.

“I had always wanted to travel internationally and studying Scots Law was a little bit prescriptive in terms of a future location. That brought me onto the idea of joining one of the Big Four accountancy firms. So I joined KPMG right out of university and I started in the tax department. KPMG put me through my ICAS training to become a CA and I have been with them for around 14 years now, since 2007.”

“After working in tax I did a short stint in audit, and then moved into the advisory division in KPMG. This was first in Scotland, restructuring commercial real estate loans at distressed banks both locally and internationally. This got me really interested in real estate, and so when I came across to the US I stayed in that field, and I now lead a team providing due diligence services on commercial real estate securitisation transactions.”

Gemma was at an ICAS event in New York in 2018 when she heard that ICAS was finalising a long-negotiated reciprocal agreement with US accountancy bodies. The Mutual Recognition Agreement (MRA) which was later established provides a simple route for ICAS Members to achieve the US CPA (Certified Public Accountant) and licensure, and US CPAs to attain the CA designation and UK audit signing rights.

“At that time, I had been in the States for a few years,” explained Gemma. “I had been promoted already and I was starting to think seriously about where my career was going to take me. I knew that if I wanted to become a partner at KPMG, I needed to become a CPA. That’s when I started thinking seriously about gaining dual qualification and getting it under my belt as soon as I could.”

The qualification itself can be undertaken while working full time. Gemma started it at the beginning of 2019, when she registered with NASBA, the American board of accountancy.

“There are some hoops you have to jump through to get your registration sorted out and you have to apply for the exam and show your eligibility for taking it, which means proving your affiliation with ICAS, so there is some back and forth with people at ICAS to get things approved.”

To gain your CPA qualification in America you have to do four different exams. With the ICAS MRA, however, trained CAs must only sit the IQEX exam. This exam, which Gemma completed, is called Regulation. The exam is not tailored to people who have a qualification already but is for anyone who is sitting the exams to become a CPA. Gemma opted for fully remote learning, so completed her studying online.

“I scheduled my exam for around June – allowing about four or five months to get all my studying done before sitting the exam, which was a good amount of time. If you weren’t working full time you could definitely do it much quicker than that. I studied for an hour or two most weekdays and then probably 6 hours over the weekend (which ramped up a little towards the end). I then took a week off before the exam to take some practice exams. It was about the same length of study time you would need for a TPS-type exam in terms of difficulty.”

Gemma said that studying for the exam and gaining the qualification has been useful to her both personally and professionally.

“The exam content was about 80 per cent tax, 20 per cent business law, ethics and administrative. I don’t work in tax but there was a large section on personal taxation which was very useful, and business law is useful no matter what career you’re in.”

“In terms of career progression, if you’re looking to move around in the US then having a postgraduate qualification that Americans readily understand is a good thing to have on your resume.”

Gemma said it is important to note that after you pass the qualification you don’t automatically become a CPA. There are different requirements depending on which State you wish to be licenced in.

“Because I was in New York, the requirement was that you have four years’ work experience under another CPA. When I passed the exam I had only been in the US for three and three-quarter years so I had to wait until I had been there for four years before I could do the application to the State board for my CPA licence.

"In some States it’s less than four years and in other States it’s more. So, if other CAs are looking to go down this route it is worth considering which State you want to apply for licence to once you pass your exam.”

Now that Gemma has her qualification she is hoping to keep moving up the career ladder at KPMG.

“I have been promoted again since I got the qualification, which is a good sign, and I think I’m on track for eventual partnership. It’s opened my eyes to the work of ICAS at the international level too. Since that fateful event in 2018, I’ve joined ICAS’s New York committee, where I’m now vice chair. It’s introduced me to a lot of ICAS Members in the city, which has been a really great way to maintain a Scottish connection here, from a networking and career progression standpoint.”

“It is a life ambition fulfilled to have ‘made it in America’. I got my permanent residence last year, so it feels like I’m properly settling in here.”

For more information about becoming a CPA, visit the AICPA website. 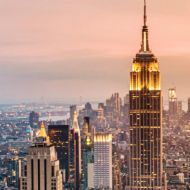