Annemarie qualified as a CA in 2004 whilst working for PricewaterhouseCoopers in the UK. In 2005 she joined Scottish and Newcastle, an international Beer and Cider company, still based in the UK as a Financial Controller. The company was taken over by HEINEKEN in 2008 and Annemarie went on to hold several increasingly senior Finance Business Partner roles in the UK across all functions. In 2014 she moved to the HEINEKEN HQ in Amsterdam to lead a programme to build Revenue Management capabilities throughout Europe. After a successful start to the programme she is now continuing her work at a Global level, regularly interacting with senior stakeholders in more than 22 countries to drive profitable and competitive growth.

As a CA working outside of a typical Finance role, Annemarie is keen to unite all members in her area to ensure they stay connected to ICAS and to influence its relevance to them. She appreciates the broader business skills gained from her ICAS qualification and hopes establishing a local network will support CA’s to learn and develop from each other.

When not working Annemarie enjoys travelling, keeping fit and eating well with her husband. They like to combine their passions in an annual trip to watch the Formula 1 Grand Prix in an exotic location.

Marios Demetriades graduated from the London School of Economics and Political Science (LSE) with First Class Honours in the field of Accounting and Finance.

He then pursued a career in the Assurance department of Ernst & Young London (EY) following a successful summer internship.

After qualifying with the Institute of Chartered Accountants of Scotland (ICAS) he transferred to the Transaction Support department of EY’s Corporate Finance division where he gained financial due diligence experience. During this time he acquired the Corporate Finance Diploma from the Institute of Chartered Accountants of England and Wales (ICAEW).

Marios then relocated to Cyprus to continue his career as the Head of the Chairman’s office of Cyprus Airways Plc (CY) where he spent two years driving a number of projects and co-ordinating the top management team. He was a member of the aircraft negotiating committee and a Director of Zenon NDC (a subsidiary of CY).

Marios Demetriades is a founding member of Kanaris, Demetriades & Associates (KDA). He is a Director and leads the Audit and Advisory departments of the firm. He is also a Member of the Board of the revived Cyprus Airways and an avid reader of startup literature.

Stavros started his career with Ernst & Young, London, where he worked in the Assurance Services, specialising in Technology, Communications and Entertainment industries. In 2006 Stavros relocated back to Cyprus, and joined the International Tax Services department of PricewaterhouseCoopers in Nicosia. At the level of Senior Manager, Stavros left PwC to join a Canadian multinational, operating in the Oil and Gas – Pressure Pumping industry where he served from the role of the Regional Financial Controller and then subsequently joined Baker Tilly Cyprus as a Director of Tax Services.

Andrew is a corporate services and private client partner, specialising in the accounting, auditing and administration of corporate and trust structures, as well as being a trustee for various family trusts.

Andrew has been involved in corporate services and private client work for over 18 years. His clients encompass large families, corporate entities incorporated in Switzerland and abroad, and not-for-profit organisations.

Andrew joined Rawlinson & Hunter in 2007, becoming a partner in 2008. Before this, Andrew spent eleven years at PricewaterhouseCoopers in the UK and Switzerland, and has now lived and worked in Switzerland for more than 17 years.

Andrew is a Chartered Accountant (ICAS) and a registered, qualified auditor in Switzerland, the UK and Ireland. He is also a member of various other bodies, notably sitting on the Audit and Risk Committee of the International Federation of Red Cross and Red Crescent Societies and the STEP Worldwide Professional Standards Committee. He is also the Treasurer and a committee member of STEP Geneva. He is a regular speaker at conferences, holds a MBA and in his spare time enjoys long-distance Ironman triathlons.

After attending Perth Academy, Morag studied German with French at The University of Edinburgh and obtained a Post-Graduate Diploma in Accountancy at Heriot-Watt University, before joining Ernst & Whinney in Aberdeen in 1979. She qualified as a C.A. in August 1982 and then moved to Ernst & Whinney’s Hamburg office, where she remained until 1986. From 1986 to 1987 she was an Internal Audit Manager with Burmah Oil, also based in Hamburg.

In 1987, she returned to public accounting, this time to Peat Marwick in Hamburg, now part of KPMG, where she became a partner in the audit department in 1993. In 1993, she also passed the German professional exams to become a German registered auditor (“Wirtschaftspruefer”). In 1994, she moved on to one of PwC’s predecessor firms, remaining with PwC as a partner until she retired at the end of June 2016. At PwC, she was a partner in both the audit department and Transaction Services.

Now semi-retired / self-employed, she also has some honorary appointments, including the Supervisory Board of Radio Bremen. Resident in Hamburg, with both British and German nationalities, she also spends a lot of time in Portugal where she has a holiday home.

Ian graduated from the University of Glasgow with an honours degree in Accounting with Finance in 2002, and started at PwC UK later that year. He qualified as a CA in 2007 and, during this time, developed a keen interest in Russia. As a result, later in 2006, he moved to PwC Moscow, Russia, where he spent almost 10 years in increasingly senior roles managing a portfolio of around 20 clients. Ian's clients were mainly subsidiaries of multinationals and he acted as a liaison between foreign group auditors, group management outside of Russia, and local management. During his time in Russia Ian developed a fluency in Russian, was involved with a number of HR/recruitment related activities, and delivered training to staff during PwC's annual summer academy.

In 2015 Ian moved to PwC Amsterdam for a new challenge in a country that acts as a hub for international business. He continues to focus on supporting multinationals, mainly in the technology sphere and, while many of his clients' holdings are in the Netherlands, the operations are spread internationally in countries such as Israel, Lithuania, Russia, Poland, the Czech Republic, and the UK. Ian continues to deliver training and has been involved in developing internal training on fraud, which was approved by the Dutch Accountancy body, the NBA.

As a CA working at a leading professional services firm, Ian is keen to build relationships between staff working at other firms and with those working in industry. The need to communicate and share knowledge is extremely important in an increasingly globalised world, and Ian sees the ambassador role as a key link between members working in various sectors and industries in the Netherlands and ICAS as a whole. Ian considers that the skills he obtained as part of the CA qualification have been invaluable as he has progressed through his career, and he has benefited from a great network of contacts as a result of becoming a CA.

When he's not in the office, Ian enjoys travelling, learning languages and playing the piano. 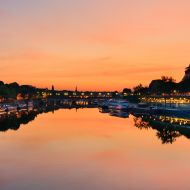 ICAS Members regularly meet up in cities across Europe, and online, to network, share advice and inspiration.