Energy is suddenly at the centre of two of the biggest crises we face, with surging fuel prices coinciding with the world finally facing up to the climate crisis. Julie Burniston speaks to CAs in the sector to hear how they are trying to keep the lights on

Had you asked UK businesses 18 months ago what 2022’s greatest challenges would be, you would likely have heard about supply chains, recruitment, Brexit and pandemic recovery. You may, at a push, have heard the first rumblings of concern about surging energy prices. Now, however, the huge increase in energy costs ranks among the leading causes for concern for businesses and households alike across the UK and beyond. It has also starkly revealed our lack of storage capacity for gas, our reliance on the fossil fuels we are trying to wean ourselves off, and the need to accelerate our investment in renewables, now the cheapest form of energy.

Many CAs work in oil and gas – thanks in part to North Sea oil – but an increasing number are working at the cutting edge of the energy sector in renewables. Three CAs in very different businesses explain how they are addressing one of the biggest challenges facing society – the quest for greater energy efficiency.

Until these storage technologies evolve, gas is here to fill in the gaps

I always knew that my CA qualification would open up a huge spectrum of career opportunities. I trained with Price Waterhouse in Edinburgh and it empowered me with the skills needed to tackle any business or commercial challenge. I’ve worked in Europe and the US, in sectors as diverse as chemicals, automotive, electronics and software, and I spent 10 years as the FD of Hargreaves Services, the largest player in the coal sector in the UK, helping to import, mine, trade, process and transport millions of tonnes of coal.

Coal, while unfashionable, prompted me to co-found Brockwell. I’d like to say I did this to repay my carbon debt to society, but in truth I saw the opportunity to develop a portfolio of renewable energy projects on and around former coal mining sites.

Putting together a team of people from within Hargreaves, we made great progress in the development of a portfolio of high-profile projects. This allowed us to persuade energy industry veteran and expert, Alex Lambie, out of retirement and with his help we raised money from financial investors and spun the business off from Hargreaves in 2018.

Brockwell’s objective is the development of high-quality renewable energy projects such as the North Kyle wind scheme near Cumnock. We set that scheme up with a community regeneration objective which will result in £40m of funding being made available to help communities bounce back following the demise of the local coal industry.

Brockwell is also helping Scotland achieve its net-zero commitment by developing more than 500MW of onshore wind, and we’ve developed two state-of-the-art energy recovery projects which will divert residual waste from landfill and recover electricity and heat. We are also pushing on with the development of solar.  We see a clear role for battery storage projects and are actively looking for other investment opportunities to support the transition to net zero.

As CFO, I have an important role to play in helping to define and set out a clear investment case for these projects. It may be difficult for an energy company to plan right now, but the energy markets have always made financial planning and investment difficult, with long payback periods and constant volatility made more daunting through unending complexity and an ever-changing regulatory framework. All we can do is continue to take a conservative view of future market conditions and stay focused on the fundamentals.

As for where the UK needs to go in terms of growing its own energy capabilities, we are a renewable energy development business, but I believe gas has a key role to play in the transition. More wind and solar capacity will be added to the system, which will bring cheap and green energy, but the cost of this will be increased impact from intermittency. The problem is there is no technology, and hence no way, to store the vast quantities of energy needed to deal with more than a very short period of intermittency.

On the bright side, technology should evolve and costs fall as bigger players enable investment in the first large-scale pilots. Until these storage technologies evolve, at least, gas is here to fill in the gaps, utilising the UK’s existing high-efficiency gas plant. It’s not a perfect green solution but a pragmatic and deliverable one that would not come with a huge carbon cost.

The need for energy security is really starting to be felt

Having studied history at university, I had no intention of becoming a CA. I had my children soon after graduating, but when their father became ill, I had to step in and become the breadwinner.

I’d been doing some bookkeeping at one of the companies I worked for and I thought I would see if I could do the CA qualification. I had incredible luck in that the Carnegie Trust sponsored the fees for me to do a one-year conversion course. I got a contract with KPMG, a company with a great culture which chimed with my own personal values.

I soon moved into tax, which I love because it gives you all the deal structures and you get involved with transactions. Tax still really pushes my buttons!

After 10 years I moved to Cairn Energy as a tax manager. Within 18 months I was number two to the CFO, and when he left I took his place. For a time, I was the only female CFO in the FTSE 100 – a pretty lonely slot! In 2014, after being with the company for 17 years, I knew it was time for a change. With money from Carlyle, I started a private equity-backed business focused on south Asia, and a few years later, my co-director and I were transferred into Pharos.

I’m really proud of the ethos at Pharos, but certainly the biggest challenge for us right now, as with the oil and gas sector as a whole, is the emissions reduction away from large carbons to renewable fuels. There is no one in the industry who doesn’t fully support the transition. The need for energy security is really starting to be felt, which I think is very positive.

I’ve worked in many developing nations, and they all have energy security policies, so it’s about time the UK caught up. We take it for granted that we flick a light switch and the power is there, but suddenly that’s no longer a given. A couple of years ago we may have thought that we could just turn off the oil and gas and renewables would pick up, but now there’s recognition that it has to be a gradual transition.

Of course, companies need to invest in renewables, but these investments take time to deliver. Until that starts to kick in, oil and gas has to play a part in the overall security of supply. While larger oil and gas companies may have the bandwidth and the skillsets to invest directly in renewable technologies, for smaller companies like Pharos that’s not realistic.

Still, we are playing our part. Pharos has made its net-zero commitment and has also set up an emissions management fund. For every barrel of oil that we sell when the price is more than $75 (£68), we put 25¢ into the fund to give us the capital to invest in projects to manage emissions from our existing assets. Though the current energy crisis may seem bleak, my training as a CA has left me with a resilience and strength that I’m proud of, so I remain optimistic for the future of the industry.

It’s not about ignoring the challenges, it’s about using our creativity and finding a way through. I don’t quite know how we will do it yet, but I have a lot of faith in human ingenuity.

For me, the work is not only vital but comes from the heart

My career began at KPMG where I gained my CA via ICAS. After leaving, I spent four years in investment banking with Rothschild & Co. The CA is a brilliant qualification which has given me a fantastic foundation and allowed me to move into exciting new avenues. It continues to play a huge part in my role at Green Lithium, giving me the ability to take on anything and everything. CA training also introduced me to my wife, Anika Devani, so it has set me up both professionally and personally!

In my role as M&A Associate Director at Rothschild’s Arrowpoint team I was involved in several transactions associated with the transition to green energy. It was during this time that I was introduced to Green Lithium, a company which will enable the adoption of EVs and sustainable energy storage through production of low-carbon, battery-grade lithium hydroxide.

I fell in love with the potential of the company and began working with it on an ad-hoc basis on the advisory board. Midway through 2021, I joined Green Lithium full-time as CFO.

My passion lay not just in being involved with a sustainable project, but by doing something different and building a company from scratch. When I started there was a team of four – now there are 11 employees and over 100 contractors. My role is twofold. I ensure the company is fit for growth, for example, by giving the team the information they need to progress and making sure the financial reporting systems and governance policies are appropriate. But vitally, I also ensure funds continue to come in. In April 2021 I helped secure a £0.6m UK government grant. By July that year I closed a £1.6m private investment round, with a further £3.3m raised in August 2022. I believe Green Lithium has an exciting future.

We have Metso Outotec, WSP and Worley supporting us in building the UK’s first large-scale lithium refinery. This refinery, based in north-east England, will have the capacity to produce 50,000 tonnes of battery-grade lithium hydroxide a year – meeting 6% of Europe’s anticipated battery demand by 2030 – enough to help produce one million electric vehicles annually.

Green Lithium’s work is critical to the future of the automotive industry. There is currently no lithium-refining capacity in Europe and without localised supply the automotive and battery manufacturing sectors in the UK and the EU will fail. The company will use a world-leading and sustainable low-carbon refining process which has an 80% lower carbon footprint than traditional refineries in existing markets. For me, the work we do is not only vital, but comes from the heart.

It would be great to look back in years to come and think that we played a part and made a difference to sustainability in the UK and beyond. 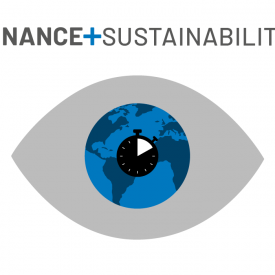