Would you opt to pay tax as you go?

A new OTS report recommends voluntary ‘pay tax as you go’ for some taxpayers, but Donald Drysdale wonders whether this would be the thin edge of another mandatory wedge.

Making Tax Digital (MTD) is a key part of the UK government’s plans to increase the use of digital communication in delivering public services.  ICAS regards the long-term vision of MTD as attractive provided that digital is not mandatory for everyone.

From April 2019 MTD for VAT became mandatory for businesses with a taxable turnover above the VAT registration threshold, with some larger or more complex businesses joining later. In the Spring Statement 2019, the then Chancellor announced that MTD would not be extended to income tax or to any new taxes before 2021.

Away back in August 2016, HMRC had published their ‘big six’ consultative documents addressing specific elements of their MTD reforms.

One of these looked at ‘voluntary pay as you go’ – i.e. options for MTD taxpayers to make and manage voluntary tax payments. It considered how these would be allocated across different taxes, and explored aspects relating to the repayment of voluntary payments.

Over the past 18 months, the Office of Tax Simplification (OTS) produced two separate reports which have a bearing on ‘voluntary pay as you go’.

One of these was a July 2018 report on the impacts of the platform economy. The other was a January 2019 discussion paper about the impacts of HMRC’s personal tax account and other technology.

Then in August 2019, in an article entitled ‘Tax: MTD by any other name’, I wrote about a new project launched by the OTS to look at simplified tax reporting and tax payment arrangements for the self-employed.

In October the OTS published its ‘Tax reporting and payments review’, which it described as “a fast-paced initial exploration” of ways of making it simpler for people who are self-employed, or who receive private residential property income, to meet their tax obligations in a practical and streamlined way.

First, it recommended that the OTS or HMRC should explore the potential for HMRC to offer a fully integrated ‘Individual Tax Account’, providing an end-to-end tax reporting and payment service.

This Individual Tax Account would merge existing personal and business tax accounts, giving taxpayers an interactive view of all their different types of income separately in one place.

It would be able to receive and display data from taxpayers about their self-employment or rental income, offering a running calculation of additional tax the individual might need to pay for the year to date, looking across all the information held in the individual’s tax account.

It would enable the taxpayer to make voluntary payments to HMRC (whether of calculated amounts, or other amounts chosen by the taxpayer) towards their overall liability, and to display information about amounts paid.

In selected business sectors where workers are engaged or rental income is received through intermediaries, the Individual Tax Account would be able, in time, to receive and display data from such third parties.

Second, the OTS or HMRC should explore and identify in more detail the sub-sectors of the economy where the majority of a taxpayer’s activity can involve third parties with sufficient information to support effective reporting. Possible examples are the taxi/private car hire market and the holiday lettings market.

They would need to consider the information it would be natural for such third parties to hold, and any additional information (such as national insurance numbers) that might need to be gathered to support effective and helpful reporting.

The OTS or HMRC should consider the extent to which it is usual for such intermediaries to handle money relating to the taxpayer. They should also address the key steps and timescales that would be involved in requiring them to report such information.

Third, the OTS or HMRC should explore in more detail which types of self-employed business or rental business would most benefit from being able to report data periodically and pay tax through an integrated Individual Tax Account.

They should ask what data individual taxpayers would need to be able to send to HMRC for this to work effectively (whether through MTD or in other ways), and the key steps and timescales that would be involved.

How perspectives change! Back in 2015 an HMRC leaflet ‘Making tax easier’ heralded “the end of the tax return”, promising that a modern, user-friendly tax system would reduce burdens for taxpayers.

Since then, many taxpayers have expressed concerns as they watched the concept of MTD transform from “making tax easier” to what many of them now see as heavy-handed and unforgiving mandatory digital reporting.

Based on surveys conducted by the OTS, 74% of self-employed taxpayers and 91% of private residential landlords did not believe that more regular reporting under ‘pay as you go’ would make budgeting for their tax bill easier.

Among respondees, only 42% of self-employed taxpayers and a mere 16% of landlords said that they would want to make tax payments throughout the year. There was deep mistrust at suggestions that tax payments might be managed by a third-party engager or bank.

It seems probable that, beyond the OTS question about which types of taxpayer “would most benefit from being able to report data periodically and pay tax through an integrated Individual Tax Account”, they will fear the spectre of further mandation following close behind.

HMRC have never produced a convincing cost/benefit analysis to justify MTD. Feedback from ICAS members suggests that MTD, while not yet running flawlessly, is already bringing some intangible advantages by imposing strict new accounting disciplines.

Likewise, ‘voluntary pay as you go’ might well benefit some taxpayers. But such a regime, if it was compulsory, might also impose significant additional burdens on others forced unwillingly to submit periodic reports and make payments of tax through an Individual Tax Account.

This “fast-paced initial exploration” by the OTS seems to fall short of what is needed for such fundamental changes to tax reporting and payment. As a next step, HMRC should prepare a roadmap setting out what changes they have in mind and a likely timescale.

I agree with the ICAS key policy position that digital facilities should be accessible to all on the terms they want. Digital services should not be mandatory; alternative, non-digital channels should be available, adequately resourced by HMRC.

HMRC ought to ensure that digital services are so good that everyone wants to use them. ICAS members are well-placed to encourage and support their use where appropriate. 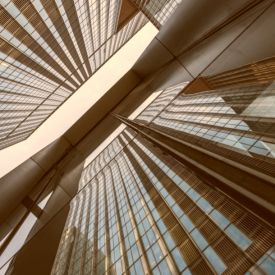 MTD for VAT first submissions – what we have learnt 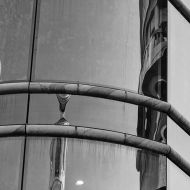 Tax: MTD by any other name