Which tax cases are suitable for Alternative Dispute Resolution?

James Kennedy CA is a manager in the EY Tax Controversy and Risk Management team, advising businesses and individuals in respect of a wide range of issues, including mediation under alternative dispute resolution (ADR).

In this article, James examines use-cases for ADR and when it can be an effective tool.

The appropriateness of ADR was commented on in the postscript to the judgement in the case of Stirling Jewellers (Dudley) Ltd v Revenue & Customs [2019] UKFTT 44 (TC).

The judge stated: “The Appellant's cover letter to its Notice of Appeal says that an application for ADR had been made. That was very sensible. If ever there was a dispute which cried out for a determined attempt at Alternative Dispute Resolution, it was this one…

"Put bluntly, both parties' cases as advanced and pursued before the Tribunal were either factually or legally wrong in significant respects… there was… ample scope for the parties to have engaged co-operatively so as to properly identify and narrow the issues genuinely in dispute…

"Posturing and skirmishing in correspondence ultimately proved to be non-progressive, and there is an impression (we cannot put it higher than that) that the tone of the correspondence ended up driving the parties into polarised, and entrenched, positions.”

The above comments certainly promote the ADR process where the parties’ views have become entrenched. Indeed, it is worth considering ADR in many cases where there is a prolonged tax dispute. 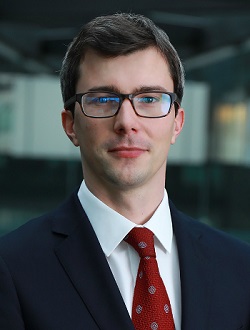 By taking a fresh approach to resolve a dispute collaboratively, ADR can achieve remarkable results in a short space of time. In one case a company had been in dispute for several years with HMRC over a 1982 valuation of an asset.

The company was convinced that the asset had a substantial value in 1982 giving rise to a nil capital gain; HMRC was convinced of precisely the opposite. We supported the client in making proposals to HMRC for a collaborative process.

The process involved both parties working together to understand why they differed so radically, starting with points of agreement, then moving on to joint agreement of a methodology or ‘decision tree’ for resolving differences, then jointly testing the evidence and arguments in favour of differing positions.

ADR can work particularly well where there is a lack of clarity over the facts.

This approach led to the resolution of the dispute within a single three-hour meeting on a basis which both the company and HMRC accepted was a reasonable expectation of what would have been obtained from litigation.

In this case, the joint development of a ‘decision tree’ was key – it forced both sides early on to confront the difficult but essential point of what was the most appropriate valuation methodology.

ADR can work particularly well where there is a lack of clarity over the facts. Even if a resolution cannot be reached, it is helpful to agree which issues are in dispute. In this event, it serves to narrow down the facts and legal points in dispute.

This occurred in a recent mediation where there was uncertainty around the facts and legislation pertaining to the availability of particular tax reliefs.

It can be useful to set out a ‘decision tree’ for each point.

At the end of the mediation day, there was a signed agreement setting out the proposed next steps and evidence required in order for HMRC to grant a particular relief.

In these situations, it can be useful to set out a ‘decision tree’ for each point which can serve as an agreed framework for the dispute. The above comments made by the judge suggest that he would have appreciated this approach.

Which cases are suitable for ADR?

A wide variety of mediations have taken place including matters such as taxpayer behaviour, tax reliefs, tax treatment of intellectual property transactions, badges of trade and whether a business was trading with a view to profit.

However, ADR may not be appropriate where challenging a settled HMRC position on a point of law.

Recent HMRC figures show that over half of the 1,411 ADR applications in 2017/18 were accepted. 82% of these accepted cases were successfully resolved through ADR during the year, avoiding the need for litigation.

HMRC has indicated the following situations in which ADR may be a practical option:

What has worked well and what problems have there been?

The fresh approach encouraged by an ADR process, generally with the support of a mediator, is a catalyst for both parties to focus on what is important to them and explore a mutually acceptable outcome.

This can enable false assumptions to be cleared up and alternative solutions to what might previously have appeared to be a binary issue to be identified.

The ADR process also provides an opportunity to air oral witness evidence so that both parties can consider how it would be viewed by a tribunal. In our experience, many HMRC officers underestimate the value of oral evidence, yet this may be the key to unlocking resolution of the dispute.

The resolution-focused dynamic of ADR makes it essential to have the relevant decision makers present or available on the mediation day. Without this, our experience shows that little progress can be made at mediation.

It may be appropriate to use ADR to resolve disputed aspects of larger and more complex cases.

The majority of successfully settled ADR cases has involved small businesses or individuals, with the mediation conducted in a number of cases by telephone conference.

The uptake of larger, more complex cases has been disappointingly small: in 2017/18 there were only eight Large Business ADR requests of which five were rejected by HMRC.

However, it may be appropriate to use ADR to resolve disputed aspects of larger and more complex cases, such as a mediated agreement as to whether information requested by HMRC is reasonably required, or a neutral evaluation of whether an R&D claim involves an advance in science or technology.

In summary, we should always keep ADR in mind where there is a dispute with HMRC. It can be a very effective tool if used correctly. 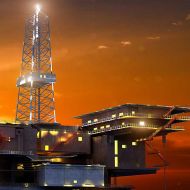