The Chair of the Scottish Taxes Policy Forum and ICAS Scottish Taxes Committee member, Jim Robertson CA CTA FCMA, shares his advice for a global tax career, key issues for oil and gas taxation, and how he balances his time and expertise from UN work to an education foundation and more.

What are your area(s) of expertise?

My own area of expertise is tax policy design & implementation, based on 35 years of tax experience with Shell in places as diverse as London, Aberdeen, The Hague, Kuala Lumpur and Houston. This year I’ve spoken about oil & gas tax policy design at the UN in New York, the IMF in Washington DC and the OECD in Paris. 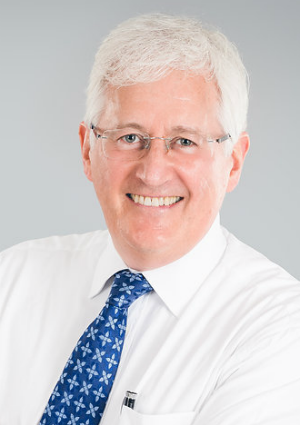 You currently sit on the ICAS Scottish Taxes Committee and were previously a member of the ICAS International Tax Committee: what do you see as the key benefit of these committees and how they can influence wider policy?

Both committees support members by acting as a centre of expertise and source of briefings. It’s probably fair to say though that the Scottish Taxes Committee has more influence in shaping government thinking than does the International Tax Committee, due to the prestige and name recognition that ICAS has in Scotland and our proximity to Holyrood.

What are the main challenges for Scottish Tax, especially in the light of recent budget announcements?

Last year the Scottish Government created a differential between income tax-payers in Scotland and the rest of the UK. According to statements made by the Government at that time, the size of the difference at the higher end was carefully calculated to ensure that revenue would not be lost through emigration and other less drastic forms of Scottish tax avoidance – the famous “Laffer Curve” effect.

Following the UK budget on 29 October this year, that differential may now widen. Is the Scottish Government happy with that? We will find out on 12 December.

Where were the biggest opportunities and challenges of your roles with Shell?

If I start with the challenges, two things spring to mind. First, the annual budget challenge of having to ‘do more with less’. Tax compliance burdens are increasing in every country and non-compliance is not an option.

At the same time, the tax department budget had to be the same, or preferably lower, each year. How did we do it? We worked smarter by applying prioritisation and LEAN/Sigma techniques to redesign processes, and we relocated work to lower cost countries.

The biggest opportunities for me came when I was able to create time for more leadership activities.

My second big challenge was when I was given global responsibility for installing SOX404 controls in Shell’s tax department. At that time, one-third of all control failures identified by the SEC in the first year of SOX404 implementation in companies other than Shell were in the tax area. That’s pressure!

The biggest opportunities for me came when I was able to delegate some of my tax technical responsibilities and create time for more leadership activities.

At the global finance level, I was given responsibility for managing communications on diversity, for professional qualifications such as ICAS, ICAEW, CIMA, ACCA, AICPA and CIOT, and for running our social investment programme that involved sending Shell Finance people to help with charitable projects in developing countries.

What do you anticipate as the key future issues for oil and gas taxation?

If I look at the UK, the key issue here is managing maturity. I don’t like to talk about ‘managing decline’ because there is still plenty of life left in the sector, with new discoveries being made and costs coming down.

The big opportunity lies in building expertise in decommissioning installations, that can be used in other countries as and when they reach that mature stage. Globally, including the UK, climate change is the big issue of course and all major energy companies have a strategy for moving towards cleaner fuels.

The dilemma, I feel, is to find the right balance between the imperatives of climate change and poverty eradication.

Can they do it faster? Not easy, as demand for energy continues to grow, particularly in Asia and Africa. A billion people still have no access to electricity and a further billion people have unreliable supply.

The dilemma, I feel, is to find the right balance between the imperatives of climate change on the one hand and poverty eradication on the other.

You are chair of the Scottish Taxes Policy Forum – what are the key drivers and remit of the Forum?

The Forum was formed in 2017 by ICAS and the Chartered Institute of Taxation to work jointly on technical analysis of Scottish tax matters. It formalised a degree of collaboration between these independent organisations that was already taking place. We aim to produce and build alignment around expert opinions that are clear, realistic, accurate and politically neutral.

The Forum has just released its first joint paper on devolved tax, can you tell us what the paper recommends?

The report, which runs to 28 pages, reviews Scotland’s devolved tax regime and makes recommendations for process improvements including:

Do you think Scottish Tax policy will change significantly after Brexit, and if so, how?

Everything depends on the final deal of course, but it’s likely that Brexit will have tax implications only at the UK level, notably as regards customs duties and VAT. EU Directives on Parent & Subsidiaries, Interest & Royalties, Mergers and Mutual Assistance may also cease to apply, as may EU state aid rules on offering incentives. There are no obvious consequences for Scotland alone from a tax perspective.

Tell us about ITIC, of which you are a senior fellow, and your role with them.

The International Tax & Investment Center is an education foundation based in Washington DC that works with the UN and IMF to train tax officials in developing countries.

It started in 1993 around the time Russia and other CIS countries were opening up to foreign investment and required a source of international tax expertise. This year I’ve been working on training events in Tanzania, Mozambique, Senegal, Mauritania and Brazil.

You also hold several international roles such as member of a UN Subcommittee and the Norwegian Petroleum Association – how do you balance your responsibilities to lend your expertise?

I’ve always thought that membership of such organisations is a privilege that must be earned, and that means involvement must be active, not passive. If you don’t have time, don’t do it.

In Shell, we had a good expression for this: ‘step up, or step back’. I try to limit my activities to those for which I have the enthusiasm, expertise and time to make a difference.

What qualification route would you recommend for an individual looking to specialise their career in tax? Are any essential, and what special considerations should be made for those looking to work in international tax?

First, let me say that I’m a great believer in studying for professional qualifications, because they fill in gaps in your knowledge and equip you to deal with any curveballs that a client may throw at you.

You can get that knowledge by reading too, of course, but I think there’s no substitute for an actual exam to make sure you learn and understand the subject.

For international tax, I would recommend ADIT... It’s the one Shell uses because it can be done anywhere, not just the UK.

For UK tax, the combination of accountancy skills gained through my CA training plus the tax expertise I got from doing a further specialist qualification has worked well for me. For international tax, I would recommend ADIT, which is the international tax qualification of the Chartered Institute of Taxation.

It’s the one Shell uses because it can be done anywhere, not just the UK, and it has an academic board that includes famous names like Philip Baker, Malcolm Gammie and Kees van Raad.

Why do you give up your time to volunteer with ICAS?

I like the people I get to work with. I would recommend it to others: take a look at all the committees that ICAS has, choose one that you think you have the enthusiasm, time and interest for (remember ‘step up, or step back’) and put your hand up.