VAT zero-rating and property, when a wall is a facade for DIY housebuilders

Property. It’s not a façade.

Anyone thinking of re-building their home to enable better access for Santa Claus would do well to look at a recent case on the VAT DIY Housebuilders’ Scheme.

If you want to zero-rate, rather than replacing just the chimney, you may need to demolish the entire house and rebuild. Except for the façade of course.

It has been a busy few years for DIY homebuilders at Tribunal, with a succession of cases all turning on slightly different facts. Results have been mixed, with notable wins and losses.

But John Watson (John Watson and Another TC07513 [2020] UKFTT 5 (TC)) fell at the last fence with a creative new build.
His edifice was achieved by the ingenious and novel route of creating brick walls around a mobile home and then removing the mobile home. But the claim failed at the last, due to not having legitimate planning permission at the right time.

But the star award must surely go to Joe Smithers (Joe Smithers TC07858 [2020] UKFTT 0380 (TC)). Everyone knows that VAT cases can be won or lost on the narrowest of distinctions. But here, the case failed and just under £20,000 of potentially reclaimable VAT was lost, over the meaning of the word ‘façade’.

While some might, in confusion after a late night out – lockdown permitting - have a vague recollection from school days that the word is connected with Christmas pantomime (or should that be farcical) others will rightly agree that it has something to do with buildings.

The real VAT experts among us will at once recall VATA 1994 schedule 8 Group 5 para 18, which says:

(18) A building only ceases to be an existing building when:
(a) demolished completely to ground level; or
(b) the part remaining above ground level consists of no more than a single facade or where a corner site, a double facade, the retention of which is a condition or requirement of statutory planning consent or similar permission.

To be or not to be

With a fate better determined than that of Schrödinger’s cat, a building only ceases to exist when all that remains is a façade. Any why does this matter? Because the DIY VAT refund applies to new builds only, not modifications (per para 16, Group 5). And if anything of the original remains, it’s a standard rated modification not a zero-rated new build

Turning to Mr Smithers’ case, he accepted that there had been an existing building, but claimed that all but a double façade had been demolished. Hence the VAT reclaim was valid. Ah, but doesn’t a double façade require a corner site? Anyway, what is a façade?

Mr Smithers’ view was that a façade was ‘simply an outside wall’. There were only two walls left, so that was a double façade, right?
But the literati of the Tribunal disagreed. Parliament could have said ‘outside wall’ if it meant outside wall, but it didn’t. It meant façade …

‘Instead, they {parliament} used “façade” which is defined by one dictionary as “the principal front of a building, that faces on to a street or open space” and by another as “the front of a building, especially a large or attractive building”.’
Or why use a fancy word if the plain one will do?

But there was more to follow. The property is an end-terrace on the inside curve of the street. The gap between adjacent properties is narrower at the front than at the rear of the properties. Could this be a ‘corner site’ with a double façade? Would this save the day?

But no. The Tribunal remained unconvinced. Just as a façade is a façade, so too a corner site is, well, a corner site. It was the site which needed to be ‘cornered’ not the building.

While not mandating a junction of public roads, as HMRC opined, to be requisite for a corner site, it did require more than the property having corners – a view which Mr Smithers thought sufficient. After all, is not a corner terrace of necessity on a corner site? It appears not. It is the site, rather than the building, which the legislation has in view.

And a gap between properties is insufficient to create a corner site.

On reflection, perhaps the best idea would be to ask a tax adviser before embarking on that new chimney for Santa. 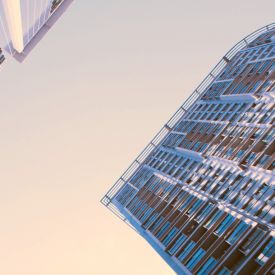 Tax and location - when it pays to be Scottish