Tax and location - when it pays to be Scottish

The focus with Scottish taxation is rightly on devolution and devolved taxes. But while tax divergence is often the result of difference in tax legislation between Scotland and the UK, a recent case highlighted that Scottish law itself can impact on the outcome.

A claim out of time

Simon and Joanne Cotton decided to build a house near Kelso with the view to moving from Sheffield. It would be a DIY build, and they knew that they could make a VAT refund claim for the new build property. They were also aware of the three-month time limit for claims.

But HMRC rejected their claim as out of time. With over £25,000 at stake, they went to the Tribunal.

HMRC’s argument was that by the time the couple made their claim, the property had already been in occupation for over a year. If habitable, then surely it must be completed.

And the VAT regulations say that claims must be made within three months of completion.

Fast forward from the initial applications for planning consent in 2015, to early March 2017. The project was nearing completion in early March 2017, when, for a variety of personal reasons their plans were delayed.

They were unable to move, and the Kelso property had to be let out. The lettings duly occurred between July 2017 and April 2018.

But there was still some work to do on the property and it was not until April 2018 that the local council issued a Notification of Acceptance of a Completion Certificate. The refund claim was made in May 2018.

So why would the claim, within three months of the issue of this certificate, be rejected?

The Tribunal agreed with HMRC that ‘ordinarily 17 March 2017 was the point in time when, if the property had been in England, the appellants should have submitted their VAT reclaim’.

This was on the basis that the property was completed – all that is required for VAT regulations. But this was Scotland.

The Scottish procedure is for a Building Warrant under the Building (Scotland) Act 2003 to be granted alongside a ‘Construction Compliance and Notification Plan’ setting out the stages towards completion.

The property would be finally certified as completed on the issue of a ‘notification of acceptance’. This didn’t happen until April 2018. The Tribunal ruled that ‘until Notification of Acceptance was issued the property could not be occupied’.

This remained the position despite the reality that it had actually been occupied, possibly in ignorance of the law. Occupation ‘did not render the property legally habitable under Scottish Law’.

A slightly surprising decision in a complex case, this interesting decision raises the issue of interpretation of tax provisions in the light of national laws. 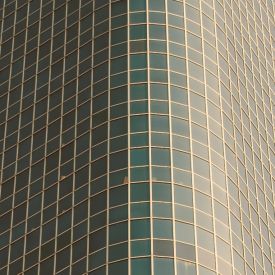 Does building work qualify as the zero-rated construction of an annexe intended for use solely for a relevant charitable purpose? 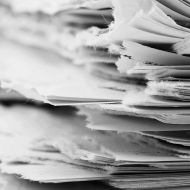