Justine Riccomini outlines what the UK Government is introducing to raise additional funding for health and social care.

As a result of an announcement by the UK Government in early September 2021, changes are being  introduced which the Government anticipates will raise £12bn a year over the next three years to spend on health and social care. The measures begin with a temporary rise in National Insurance Contributions (NICs) for one year followed by the introduction of a new Health and Social Care Levy thereafter.

The NICs rise as well as the levy are UK wide, but amounts will be allocated to health and social care in Scotland, Wales and Northern Ireland. The levy will be administered by HMRC and collected alongside PAYE and income tax self-assessment and will be legislated for shortly. A policy paper has also been published.

NICs will increase by 1.25% for one year only for employees, employers and the self-employed from April 2022. This will cover Class 1, (employee and employer), Classes 1A and 1B and Class 4 (self-employed) NICs. It does not apply to Classes 2 or 3.

From April 2023, a new ringfenced Health and Social Care Levy of 1.25% will be introduced which will apply to those who pay Class 1 (employee and employer), Class 1A and 1B and Class 4 (self-employed) NICs and will also be extended to those over State Pension Age who are in work. When the new levy comes into effect, National Insurance rates will revert back to current levels.

Who is required to pay the levy?

All employees, employers and self-employed individuals will pay the additional NICs for the first year, and the Levy thereafter. Employees currently cease to pay primary Class 1 NICs when they reach state pension age, but employers continue to pay secondary Class 1 NICs, unless the worker is exempt.

Under the new rules, employees over state pension age will pay the health and social care Levy at 1.25% on all of their earnings from employment, or if they are self-employed, on profits from self-employment above £9,568 per year, from 6 April 2023.
Existing NIC reliefs for employers employing people under 21, apprentices under 25, certain veterans and for employers in Freeports are expected to apply to the levy – but this is to be confirmed by the government.

From 2023-24, Levy contributions will appear as a separate item on payslips – it is assumed that the UK Government will provide for this in regulations. Employers are being encouraged to add the information relating to additional NICs for 2022-23.

Declaring the additional NICs and Levy

How are dividends affected?

If a director of a company has an overdrawn loan account which remains overdrawn 9 months after the company year end, a section 455 charge to corporation tax arises on that loan. It is possible that the section 455 charge may also be increased to 33.75% in line with the higher rate of dividend tax from 6 April 2022, but this has not been confirmed and has been raised with HMRC policy as a query.

What is the impact for Scottish taxpayers?

Higher earners in Scotland with employment income between the Scottish and UK higher rate thresholds for income tax (currently £43,662 and £50,270) will pay an effective rate of tax and NICs of 54.25% compared to 33.25% in the rest of the UK.

This anomaly occurs due to the Upper Earnings Limit for NICs being set at UK rates and the divergence between Scottish and UK income tax rates.

Health and social care are devolved responsibilities but with the levy being UK wide the finer details of how monies are to be allocated to Scotland (and to Wales and Northern Ireland) are still to be agreed. There is a helpful discussion of this in a SPICe blog which notes that the Cabinet Secretary has asked for clarification of this.

The Employment and Payroll Group, which is co-chaired by Justine from the ICAS Tax Team, is currently having policy talks with the HMRC policy team in this area to resolve the myriad questions relating to payroll, global mobility taxes and other aspects such as software requirements, benefits in kind and compliance approach. Further information will be released from ICAS in due course as matters progress and further information becomes available.

If you wish to contribute to the debate…why not email the ICAs tax team on tax@icas.com, or start a conversation on CA Connect? 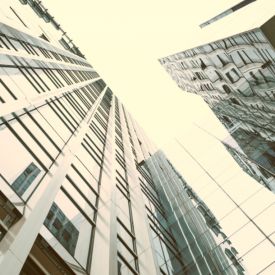