Justine Riccomini explains what HMRC have said about the interaction between CJRS and the Employment allowance.

Ever since the Coronavirus Job Retention Scheme (CJRS) was announced in March 2020, employers have been confused about how to claim the Employment Allowance (EA) where they qualify for it, where they were making furlough payments to staff.

Most of the representative bodies in the UK have been asking for clarification since March 2020 so that they could issue suitable guidance to their members. HMRC recently responded to this by providing some much-needed clarity on the subject.

EA is an allowance which is granted to businesses, charities (including community based amateur sports clubs) and individuals employing care and support workers, whose total secondary NICs liabilities amounted to less than £100,000 per annum in the previous tax year, whether this is a standalone employer, a group of connected employers or an employer with numerous payrolls. The EA has the effect of lowering the NICs bill of the employer by up to £4,000 per annum.

EA counts as de minimis state aid for businesses that make or sell goods, but not for individuals paying care and support workers, charities, amateur sports clubs or businesses that do not make or sell goods. As such, when an employer is eligible to claim EA, it must make sure that the claim does not push the business over the relevant state aid threshold – some businesses claim other state aid amounts, and these claims must therefore all be added together.

State aid is calculated in three-year periods in Euros – so the claims must be worked out in Euros at the time of the claim.

HMRC has set out clarification in specific common scenarios in a note to the Professional Bodies, which it is hoped will be incorporated into guidance:

Question: What happens in the case of employers whose total secondary (employer) NIC liability for the year will be less than £4,000?

HMRC says: “These employers should claim EA only and not claim NIC via CJRS. This will ensure that the employer gets the full amount of EA and avoids any risk of an incorrect CJRS claim.”

Question: What happens in the case of employers who, taking the year as a whole, will pay more than £4,000 secondary NIC on top of the NIC covered by CJRS grants?

HMRC says: “Paragraph 2.3 of the first CJRS Direction sets out that for any CJRS grant claim:

“Our view is that this means, in CJRS claim periods where the EA is also claimed in respect of furloughed employees, the CJRS claim for the corresponding period should be reduced by the amount of EA claimed as NICs covered by the EA will not be “actually paid”, otherwise the liability will effectively be relieved twice.

The guidance further notes that EA claims made later in the year will relate to NIC liabilities from earlier periods. We consider the legislation to be clear that EA deductions may only be made in periods after the claimant has given notice to HMRC in the required manner.

The process of how and when eligible employers can receive the EA is covered by s.4 NICA 2014, and in particular the arrangements made by HMRC under s.4(1) of the Act.

S.4(4) provides that the arrangements may make provision in particular to:

(a)require deductions to be made at the earliest opportunity in a tax year;
[…]
(d) provide that a person is not permitted to make deductions unless the person has first given notice to HMRC in such form and manner, and containing such information, as HMRC may require.

These two issues are then covered by paragraphs 5 and 10 respectively of the arrangements:

The combined effect of these two paragraphs is clear in that a person cannot make a deduction for the EA until they have given the required notice to HMRC; and once they have given that notice, they must make the deductions from payments as they occur (and from no other payments).

Additionally, ss4(5) to 4(10) of the Act make further provision for claiming a refund of overpaid NICs if the employer has not deducted the full EA amount over the course of the year, which gives further support to the view that the deductions cannot be treated as if made in a previous month if the claim is made “late”, but rather must be reclaimed using the statutory process.”

Question: What happens in the case of employers with a secondary NIC liability of less than £4,000 on top of the NIC covered by CJRS grants but more than £4,000 in total?

To ensure that the amount of EA claimed plus grants claimed for NIC under CJRS do not exceed their total secondary NIC liability for the year, will these employers need to reduce:

HMRC says: “Per our comments under scenario (2), in those periods where both the EA and NICs element of the CJRS grant have been claimed in respect of furloughed employees, the EA claim takes precedence and so the CJRS grant should be reduced.”

HMRC comment on their compliance approach to CJRS claims

“The CJRS guidance should be considered prescriptive, but we will accept that a claim is correct if the grant was calculated in accordance with the guidance available at the point of claim, or in accordance with a reasonable interpretation of the guidance available at the time of the claim, even if this would result in an overpayment or underpayment compared to our preferred interpretation of guidance.

"If an employer has claimed the wrong amount and this is not based on a reasonable interpretation of the guidance available at the time of that claim, the employer must take steps to correct the error.

"No one who has tried to do the right thing has any need to be concerned, as long as they work with us to put it right, but we are taking tough action to tackle fraudulent behaviour.

Everyone who has claimed has a responsibility to ensure their claims are accurate and repay any money they were not entitled to. Our priorities are supporting our customers and tackling deliberate non-compliance and criminal attacks. We’ll not be actively looking for innocent errors in our compliance approach. We’ll assess overclaims and charge penalties to support these priorities.” 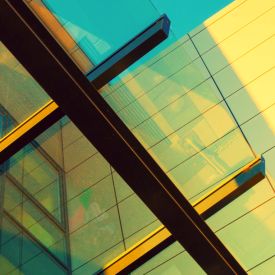 Sleep-in on the job?