Tax: Preparing for a no-deal Brexit

Studying the Government’s first batch of technical notes on the implications of a no-deal Brexit, Donald Drysdale finds topics of particular interest to tax specialists. The views expressed are his own and not necessarily those of ICAS.

Working in the dark

Quite frankly, the pressures faced by practitioners in keeping up to date and advising their clients on constantly changing tax laws and practice are bad enough.

Now, to add to these challenges, they’re operating in a period when businesses and individuals are dealing with huge uncertainties arising from Brexit. At the moment no-one knows exactly what form Brexit will take, and there are growing demands for a second referendum which might even stop Brexit in its tracks.

Back on 18 July, the Prime Minister announced that the Government would issue 70 technical notes advising businesses and individuals how to prepare for a no-deal Brexit. An initial batch of 25 of these notes appeared on 23 August, and others will follow during September.

Across the Channel, on 19 July the European Commission published a 17-page document containing advice for countries, companies and individuals on how to prepare for the UK leaving the EU without a deal in place. It emphasised that, even if an agreement was reached, the UK’s relationship with the EU would no longer be that of a member state and thus would be fundamentally different.

By 19 July official EU agencies had already issued 68 notices on how to prepare for Brexit in specific sectors, including topics such as financial services, customs, and company law. Even at that stage the advice being given in the EU was to act without delay and intensify preparations.

By comparison with the EU, the UK seems slow off the mark in advising businesses and individuals.

The government’s aim will be to keep VAT procedures unchanged as far as possible, but there would be some specific changes to the VAT rules and procedures on transactions between the UK and EU member states. Businesses likely to be affected will need to prepare for these changes.

The Government’s technical note on VAT can be found here. As VAT affects so many UK businesses and their advisers, I shall devote a follow-up article specifically to this topic.

If the UK left the EU on 29 March 2019 without a deal there would be immediate changes to the procedures that apply to businesses trading with the EU. It would mean that the free circulation of goods between the UK and EU would cease.

The implications are complex and are addressed in three separate technical notes – on Trading with the EU, Classifying goods in the UK Trade Tariff and Exporting controlled goods.

Currently, financial support for the agricultural sector comes from the UK’s participation in the EU’s Common Agricultural Policy (CAP). Defra leads overall negotiations with the EU on CAP, and administers CAP in England, while the devolved administrations administer CAP in Scotland, Northern Ireland and Wales.

A technical note on Farming payments confirms that, following a no-deal Brexit, new domestic legislation would require beneficiaries to conform to the same standards as they do now in order to receive payments. All of the rules and processes would remain the same until Defra and the devolved administrations introduce new agriculture policies, and the UK Government has pledged the same cash total in funds for farm support across the UK until the end of this UK parliament, expected in 2022.

The Rural Development Programmes in the four UK nations support farmers and land managers who manage their land in ways that benefit the environment, and rural entrepreneurs who wish to develop their businesses. A technical note on Receiving rural development funding guarantees a level of continuing support that would be maintained in certain circumstances.

Britain’s rigorous control of state aid aims to ensure fair competition and thus benefits taxpayers, consumers and businesses. It is addressed in a separate technical note.

Following a no-deal Brexit, new UK legislation would ensure that the Competition and Markets Authority would take on the role of enforcement and supervision of a UK-wide subsidy control framework. UK public authorities would need to notify any new state aid, and existing state aid approvals would remain valid.

The Government’s ongoing series of technical notes on preparing for a no-deal Brexit won’t provide all the answers. They are intended for guidance only and suggest that businesses and citizens should consider whether they need separate professional advice before making specific preparations.

Demand for advice on Brexit – including the possibility of no-deal scenario – may be seen by some practitioners as an extra burden. However, the more enlightened will see it as an opportunity to help their clients through a morass of confusing detail in what may prove to be difficult and trying times.

HMRC will describe the work of their EU Transition Unit and ICAS will outline the immediate tax issues arising with Brexit and where energies will be focussed in the next couple of years. The joint discussion group offers a forum in which both advisers and HMRC staff can meet one another to discuss a topic of mutual interest. 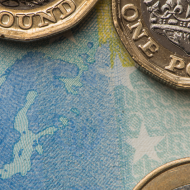