As the OECD reports a slowing down of tax policy reforms in developed countries, Donald Drysdale wonders whether the next UK Budget will follow any of the perceived trends.

The Organisation for Economic Co-operation and Development (OECD) is an intergovernmental economic organisation, founded in 1961 to stimulate economic progress and world trade.

Its 36 members are countries describing themselves as committed to democracy and the market economy. They are predominantly developed, high-income countries. Six additional countries have joined since 2010, and one more (Colombia) has been invited to join.

The OECD provides a unique forum and knowledge-hub for data and analysis, exchange of experiences, sharing of best practice, and advice on public policies and global standard-setting. Tax, and fighting international tax evasion, are important spheres in which it is involved.

The OECD works closely with key partner countries, which include some of the world’s largest economies – Brazil, China, India, Indonesia and South Africa. OECD countries and key partners represent about 80% of world trade and investment.

In September the OECD published the 2019 issue, and fourth annual edition, of its report Tax Policy Reforms. This covers the latest tax reforms in all its 36 member countries as well as in Argentina, Indonesia and South Africa.

The most comprehensive tax reform was introduced in the Netherlands, where an important objective is to reduce the personal income taxes which individuals have to pay – in addition to a range of corporate tax changes.

A key chapter in the report provides an overview of the latest tax reforms in all 39 countries subject to review. It identifies the most significant tax reforms that have recently been introduced, as well as common tax policy trends across groups of countries.

Labour taxes, though modestly declining, are the most important source of tax revenues in most countries. Within this category of taxes, social security contributions are gradually overtaking personal income taxes as the predominant source.

Reforms have tended to increase tax rates on capital gains and dividends, while some countries have also expanded incentives to encourage pension savings and support small savers.

Cuts in corporate income tax rates have continued, most significantly in countries with higher initial rates. This has led to further convergence in rates – with many countries also reinforcing incentives to stimulate investment and innovation.

Countries have continued in their efforts to protect themselves against corporate tax avoidance by adopting significant reforms in line with the OECD/G20 base erosion and profit shifting (BEPS) project.

Given tax challenges arising from the increasing digitalisation of the global economy, efforts to achieve consensus on a multilateral solution are continuing, but some countries (including the UK) are unilaterally exploring or have implemented their own interim digital services taxes.

Instead of increasing already-high standard rates of VAT, many countries have concentrated their efforts on the fight against VAT fraud to raise additional revenues – including radical measures such as the expansion of domestic reverse charge mechanisms and split payments.

Paradoxically, the pace of environmental tax reforms has slowed. Several countries have lowered taxes on energy use, or reversed earlier reforms introduced to better align energy tax with climate costs. Progress on taxes on waste production, plastics and the use of chemicals has been exceptionally limited.

Property tax reforms in 2019 have been restricted in number and scope. Some were focused on increasing taxes on high-value immovable property, but the OECD concludes that the potential for revenue-raising property taxes remains under-utilised.

While the latest report analyses trends in tax policy reforms, another useful source of comparative information on global tax rates is the OECD Tax Database.

If the next Budget follows Philip Hammond’s plan of cutting the rate of corporation tax to 17% on 1 April 2020, this is likely to give the UK the lowest effective corporate income tax rate in the G20 and the OECD, except for Hungary, Ireland and Lithuania.

With uncertainties still surrounding both Brexit and Britain’s future relationship with the EU, it remains unclear whether reducing the rate of corporation tax to 17% would be enough to attract new investment from overseas or even persuade existing enterprises to maintain their headquarters or operations in the UK.

Prime Minister Boris Johnson, when running for leadership of the Conservative party in July, suggested raising the higher-rate threshold from £50,000 to £80,000 to cut income tax for those on high incomes, while also raising the starting point at which all workers have to pay NIC.

If such significant reductions in tax were made at a time when the Government was also proposing to loosen constraints on public spending, additional tax revenues or extra borrowing would be needed to fill the resulting gap – some of which could come from social security contributions if the NIC upper earnings limit was raised to keep it aligned with the UK income tax higher rate threshold.

It seems unlikely that the Scottish Government would be keen to follow Westminster’s example by cutting tax rates for the better off. This might create the need for some skilful budgetary footwork at Holyrood, perhaps supported by new measures to combat cross-border tax planning.

While Hammond altered the UK’s annual tax cycle by declaring that the Autumn Budget would be the main fiscal event each year, the political and constitutional turmoil surrounding Brexit and the forthcoming general election have upset this plan.

At the time of writing, it seems likely that there will be no UK Budget in 2019 and that we will have to wait until January to see what economic and fiscal proposals will be brought forward by a newly-elected Government.

Even then, of course, the numbers may not make much sense. It is highly probable that we will still not know the final shape of Britain’s exit from the EU and the likely costs which that may inflict on the UK economy. 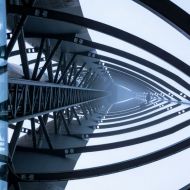