While the OECD reports on tax policy reforms in developed countries, Donald Drysdale wonders what impact these might have on Philip Hammond’s forthcoming Budget.

The Organisation for Economic Co-operation and Development (OECD) is an intergovernmental economic organisation. Its 36 members are countries describing themselves as committed to democracy and the market economy. They are predominantly developed, high-income countries and they account for over 60% of global nominal GDP.

The OECD’s stated mission is to promote policies to improve the economic and social well-being of people around the world. It provides a forum in which governments can work together to share experiences and seek solutions to common problems, and tax is just one of the spheres in which it is closely involved.

On 5 September the OECD published the 2018 issue and third annual edition of its report Tax Policy Reforms, covering the latest tax policy reforms in all its member countries (except Lithuania, a recent joiner), as well as in Argentina, Indonesia and South Africa.

The 127-page OECD report highlights that over the past year the most sweeping tax reforms have taken place in the USA – with significant changes to business and personal taxes. Substantial reforms have also been introduced in Argentina, France and Latvia. While other countries have embarked on changes in piecemeal fashion, there are some discernible trends.

Looking across all the countries covered, personal tax rates on earned income have tended to fall while those on income from capital have tended to rise. There have been limited changes to social security contributions but, looking ahead, there are indications that greater contributions will fall on fewer shoulders in future.

Headline corporation tax rates have continued to fall, with the OECD average dropping from 32.5% in 2000 to 23.9% in 2018. Some countries have made changes to encourage investment, including expanding depreciation allowances, though surprisingly few have extended incentives for R&D and innovation.

Multinational tax issues have received attention. Measures to protect corporate tax revenues from international avoidance have arisen out of the OECD/G20 BEPS project but have varied across countries. There are widespread concerns about how best to tax the global digital economy, but the absence of a consensus on how to proceed is creating a risk of confusion and uncertainty.

Consumption taxes have an increasingly prominent role in many countries’ domestic tax policies. Although only one country (South Africa) has increased its standard rate of VAT in the past year, many are expecting enhanced VAT revenues to flow from administrative and anti-fraud measures. Some changes, such as split payment and expanded domestic reverse charge mechanisms being considered by various countries including the UK, will substantially reform the way VAT has traditionally been collected.

The rates of long-established ‘sin taxes’ on tobacco and alcohol are continuing to rise. New excise duties include levies on sugar-sweetened drinks in the UK, Ireland and South Africa, and a tax on cannabis in Canada. Such imposts aim not only to yield revenues but also to deter harmful consumption.

Only a few countries have gone beyond road transport in their efforts to reform energy taxes to reduce emissions and raise extra revenues. Surprisingly little has been done to develop environmental taxes such as those on waste, plastic bags or chemicals.

There have been some notable property tax reforms, including the doubling of the exemption threshold for estate and gift tax in the USA. Belgium has introduced a tax on securities accounts. France has repealed housing tax for 80% of households, while replacing its net wealth tax with a new tax on real estate wealth.

Possible implications for the UK

If the Chancellor sticks to his plan of cutting the rate of corporation tax to 17% on 1 April 2020, this seems likely to be one of the lowest rates in the G20 and the OECD and up to 7 percentage points below the OECD average.

On its own, a comparatively low headline rate of corporation tax will not necessarily attract new investment from overseas or even persuade existing enterprises to maintain their headquarters or operations in the UK. The outcome of Brexit and continuing uncertainties about the UK’s future relationship with the EU seem likely to be more influential factors.

International comparisons are always helpful, and the OECD study might give Philip Hammond some useful ideas for his forthcoming Autumn Budget. However, some possibilities it raises could become bitter pills for the electorate to swallow.

There is little sign that the UK, or Scotland, will follow the trend towards falling personal tax rates on earned income. Instead, there seems a likelihood of upward pressure on tax rates to fund the National Health Service. With an ageing population, the UK may certainly expect to spread the burden of future social security contributions across a smaller number of contributors.

Among property taxes, UK council tax seems an anachronism because it is based on real or hypothetical property values from 1991 – that’s 27 years ago – while stamp duty land tax (and its devolved equivalents in Scotland and Wales) is alleged to have distortive impacts on the property market and the mobility of labour.

Inheritance tax is widely criticised – both by those who would like to see it increased and by others who think it should be abolished. Land value tax has been mooted as a possible alternative to council tax. Wealth tax has been suggested, or a substantial reform of capital gains tax, not least because of the accumulation of wealth arising from high house prices and stock exchange values.

The rate of fuel duty on petrol and diesel has been frozen since 2010, giving the Chancellor the opportunity to argue that taxpayers have made cumulative savings of £46 billion as compared with the former Labour government’s fuel duty escalator.

If the UK and its devolved administrations in Scotland and Wales were to follow the OECD trend by keeping down income tax rates on earnings to help stimulate the economy, other ways would be needed to increase government revenues.

A generation ago there was an income tax surcharge which levied an additional 15% tax on investment income. The situation is now reversed – with the personal savings and dividend allowances offering a measure of income tax relief. Paradoxically, under current devolution settlements a surcharge now on investment income would flow to Westminster and would offer no help to the devolved administrations.

If Hammond wants to raise extra revenues for the NHS and to meet Brexit contingencies, the tax policies of other OECD countries provide an interesting range of precedents. 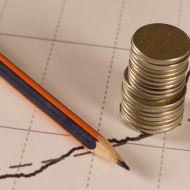 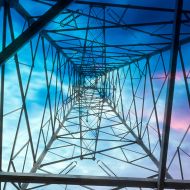 Depreciation or capital allowances: Which should be tax deductible?