In this second of two articles, Donald Drysdale studies more of the general election manifestos, in no particular order – continuing his impartial look at some of the key tax issues they address.

Although UK general elections still work on a first-past-the-post basis, political realities have overtaken the two-party state which existed for many decades, and smaller parties now have much greater opportunities to hold sway over the balance of power.

It comes as no surprise that the Scottish National Party’s manifesto, ‘Stronger for Scotland’, decries Brexit and calls for Scottish independence.

The SNP want devolution of further tax powers – pointing out that, in an independent Scotland, the Scottish Parliament would have full control over tax and social security policy.

While the major parties offer alternative possibilities of seismic changes to the thresholds for income tax in the rest of the UK, and NICs, the SNP provide no inkling of what changes they might make to Scottish income tax in such circumstances.

They support a freeze on rates of NIC and VAT. They’d like to go further by ensuring that NIC rates and thresholds fit better with Scottish income tax rates – either under the control of Westminster or (ideally) through devolution of NICs.

They would seek a cut in employers’ NIC to encourage job creation, and an increase in the NIC employment allowance from £3,000 to £6,000 a year. They also want reviews of the IR35 rules and the 2019 loan charge.

On social security benefits, the SNP would press for a number of changes, including (for example) an end to the two-child cap on tax credits and associated rape clause, an end to the benefit sanctions regime, and a halt to universal credit.

The SNP want to ensure that “big corporations and the super-rich pay their taxes like everyone else”, and they would support a crackdown on tax avoidance and evasion. They call for a review of the closure of HMRC offices in Scotland and across the UK.

While some practitioners welcome Making Tax Digital but many small businesses regard it as onerous, the SNP are questioning why HMRC have been slow to use digitisation to create a 21st-century tax payments system to help tackle avoidance and evasion.

They would back substantial reforms to the UK tax system to support greener choices for individuals and businesses.

The Liberal Democrat manifesto, ‘Stop Brexit: Build a Brighter Future’, wants to add 1p to each of the UK basic, higher and additional rates of income tax, and scrap the transferable marriage allowance. They would abolish the capital gains tax annual exempt amount. They would also maintain the pension triple lock.

They would increase corporation tax from 19% to 20%, and tax multinational corporations more effectively – reforming the place of establishment rules and introducing a digital sales tax.

They would reform air passenger duty, cancel the 2019 loan charge, and review recent proposals to change the IR35 rules. They would introduce a general anti-avoidance rule, as opposed to the pre-existing general anti-abuse rule.

Given their plans to reform access to cannabis through a regulated cannabis market in the UK, they would raise revenue through a new duty on cannabis.

The national living wage should apply to all those aged 21 and over. The working tax credit should rise by 0.5% above inflation. Domestic fuel bills should be zero-rated for VAT, the TV licence abolished, and domestic air passenger duty scrapped.

The DUP want corporation tax rates to remain competitive. They don’t mention the proposed devolution of corporation tax to Northern Ireland, but they want to see power-sharing restored – which would be a necessary step to achieving this.

The personal allowance would be replaced by a universal basic income. Investment income would be taxed at the same rates as earnings, and tax loopholes would be closed.

The Greens would increase corporation tax from 19% to 24%, with published country-by-country reporting, and consolidated corporate tax across the EU to prevent profit shifting.

They would impose a carbon tax on all fossil fuels, higher taxes on aviation, and additional tax on single-use plastics.

They want to reduce housing costs and reduce VAT on repairs, but they also want to axe buy-to-let tax breaks.

‘Wales, it’s us’, the manifesto of Plaid Cymru, the Party of Wales, seeks devolution of corporation tax and air passenger duty and the assignment of VAT revenues.

They would support UK corporation tax at 19%, maintenance of the pensions triple lock, income tax relief on pension contributions at only 20%, and an increase in employees’ NICs above the upper earnings limit from 2% to 4%. They want VAT on tourism in Wales to be cut to 9%.

The Brexit Party, in its manifesto ‘Contract With The People’, says that it would abolish inheritance tax.

It would cut corporation tax for the smallest companies by introducing a £10,000 zero-rate band. This was introduced in 2002 by the then Chancellor Gordon Brown, but quickly abandoned because it encouraged a deluge of tax-motivated incorporations.

The Brexit Party would replace the apprenticeship levy with more effective tax incentives for employers to take on genuine apprentices. This might be complicated, given that the levy is reserved to Westminster while apprenticeship policy is devolved.

They would replace business rates in England with a simpler system to help small High Street retailers and leisure operators outside the M25, with any reductions funded by an online sales tax. No mention here of Scotland, where business rates are devolved.

While formal coalitions seem unlikely, informal pacts may support minority governments. The SNP manifesto expresses concern that billions of pounds have bypassed the Barnett formula under the Conservatives’ confidence and supply agreement with the DUP.

Ironically, we may see further developments of this nature, as the SNP have reportedly refused to rule out a confidence and supply agreement to keep a minority Labour government in Downing Street.

Whatever the outcome on 12 December, it seems likely that the New Year will bring plenty of new challenges for tax practitioners. 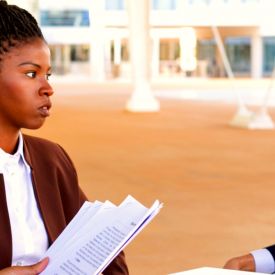 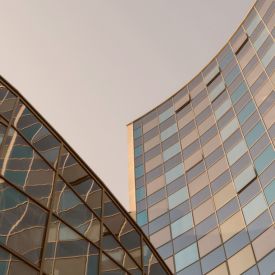