In this the first of two articles written as general election manifestos arrive thick and fast, Donald Drysdale takes an impartial look at some of the key tax issues they address.

The general election will take place on Thursday 12 December, and campaigning has begun in earnest.

The last general election held in a December, in 1923, was called by the then Conservative Prime Minister Stanley Baldwin, hoping to strengthen his majority. Instead, it resulted in a hung parliament that made way for the UK’s first Labour government, led by Ramsay MacDonald.

In 2019, for those who want to examine the tax aspirations of the different political parties, the first challenge is to find the manifestos and related costings – not as easy a task as you might think – and then study the 800-plus pages they contain.

Much has already been written elsewhere about the diverse fiscal objectives of the parties. For authoritative comment, it is hard to find a better starting point than the Institute for Fiscal Studies (IFS) analysis for the 2019 general election.

In seeking to add my tuppence-worth, I’m anxious not to argue for or against any specific party-political viewpoint. Instead, I aim to highlight some of the key tax policy options offered and comment on them purely from a tax-technical perspective.

In their manifesto, ‘Get Brexit Done: Unleash Britain’s Potential’, published with related costings, the Conservatives promise not to raise the rates of income tax, VAT or NICs.

A commitment not to increase specific tax rates may sound reassuring to voters. However, remember that erstwhile Chancellor George Osborne made such a promise and was roundly criticised for impeding the flexibility which the government needed to manage the economy.

The Conservatives would raise the NIC starting threshold to £9,500 next year, aiming to lift it ultimately to £12,500. The NIC employment allowance for small businesses would rise from £3,000 to £4,000 a year.

The national living wage for those over 21 would rise to two-thirds of average earnings. An anomaly affecting some workers in net pay pension schemes would be fixed.

The pension triple lock would continue, in spite of the Conservatives’ 2017 election manifesto having suggested otherwise at that time. Looking at the extent to which pensions have risen compared with earnings, it’s hard to find fault with the IFS view that the triple lock is unaffordable.

Corporation tax would stay at its current rate of 19%, abandoning the 2% cut which had been planned and which might have given the UK an extra competitive edge. Devolution of corporation tax to Northern Ireland would go ahead. Digital services tax would be introduced.

R&D tax credits would be increased. Allegedly, entrepreneurs’ relief “hasn’t fully delivered on its objectives” and would be reformed. Structures and buildings allowance, a relatively new tax relief, would go up from 2% to 3%.

The Scottish Conservatives’ manifesto, ‘NO to Indyref2’, supports devolution. In the detail, it pledges that income tax equalisation payments to military personnel serving in Scotland will become permanent.

A separate Scottish Labour manifesto says that “those who earn the most” would pay a little more Scottish income tax.

Labour would scrap the UK-wide transferable marriage allowance. This could be a welcome simplification, except for current claimants, since marriage allowance is widely misunderstood and often left unclaimed by those eligible for it.

Capital gains above a set rate of return would be taxed at marginal income tax rates, with a de minimis threshold of £1,000. Dividend income would be taxed at the same rates as other income. There’s no specific mention of any change to the treatment of ISAs.

Labour would introduce a ‘real living wage’ for all workers, and end zero-hours contracts. They would replace universal credit, starting with an emergency package of reforms which would end the existing ‘digital only’ approach.  They too would maintain the pension triple lock.

Primary residences would continue to be exempt from capital gains tax. Based on the belief in some quarters that entrepreneurs’ relief offers no incentive for real entrepreneurship, the relief would be scrapped and possibly replaced.

They would introduce a new tax on second homes. As this would be linked to current levels of council tax, which are devolved, it is unclear whether the new tax would be UK-wide, or whether it would only apply south of the border with Scotland left to do its own thing.

Corporation tax would be increased in stages from 19% to 26% by April 2026, with a small profits rate rising from 19% to 21% for companies with profits under £300,000 a year. Within months of taking office, Labour would conduct a review of existing corporate tax reliefs.

They would also introduce a financial transactions tax, and a windfall tax on oil companies, and they would increase bank levy. Crucially, multinational corporate groups under common ownership would be taxed as unitary enterprises.

In my next article I shall take a look at the election manifestos published by other parties – namely, the Scottish National Party, the Liberal Democrats, the Democratic Unionist Party, the Green Party, Plaid Cymru and the Brexit Party. 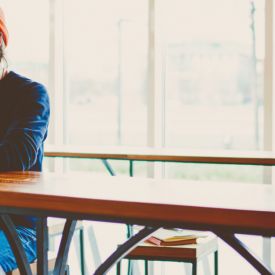