The structures of Scottish politics are evolving to adapt to increased tax devolution, especially within the Scottish Government but there is a case for boosting parliamentary scrutiny, particularly if there is further tax devolution, divergence or reform.

Justine Riccomini outlines the case for strengthening decision making around tax in Scotland.

ICAS has been engaged from the outset in the development of Scotland’s devolved tax system – and there has been a steep learning curve for all those involved with the introduction of new taxes, following the Scotland Acts of 2012 and 2016.  At this juncture, with a new parliament in May, it may be helpful to consider strengthening tax decision making.

The Scottish Government has responded well to the challenge of establishing its tax policy capacity. At a ministerial level, the creation of a role with responsibility for devolved taxes, supporting the Cabinet Secretary for Finance, has been a welcome development. However, the role could be viewed as a part-time one, given that its three occupants to date have had to juggle their tax portfolio with other, non-tax related responsibilities.

The complexity of the devolved tax regime and its interaction with the rest of the UK tax regime mean that there is a good case to be considered for making this a full-time role. The importance of the Scottish tax regime and the way it interacts with the wider UK tax system as well as internationally will only increase in prominence if there is further tax devolution, divergence, or reform.

At the civil service level, the creation of a Tax Directorate has boosted the Scottish Government’s tax policy capacity and capability. This has fostered an open and collaborative approach to engagement with the tax profession and wider civic Scotland in the development of new tax policy proposals.

ICAS and the CIOT have therefore recommended that the new Scottish Government establishes a full-time Minister for Scottish Taxes, which would establish full-time political responsibility for Scottish tax policy and its relationship with the wider UK tax regime. Reporting to the Finance Secretary, the position should include responsibility for all aspects of Scottish tax policy, its interaction with the wider UK tax system and day-to-day taxation relations between the Scottish and UK governments.

The structures of the Scottish Parliament have not evolved as quickly as those of government. They should be a priority in the new parliament. Some of the challenges encountered have included:

A lack of parliamentary debating time to talk tax

Tax scrutiny has not been helped by the decision to expand the remit of the Finance Committee to include constitutional matters, at a time when the latter has risen to the forefront of Scottish political debate. This has limited the time available to the Committee to scrutinise the Scottish tax regime and came at a time when Scotland’s tax powers were at their most extensive. One example of the limits on the committee’s time has been the inquiry into the ‘Scottish Approach to Taxation’ which started work in 2016. It stopped taking evidence in April 2017, although it has been recommended that this work resumes in the new parliamentary term.

ICAS and CIOT have, in our joint paper ‘building a better tax system’, recommended that there should be a return to a dedicated Finance Committee. This would focus the work of the committee in the 2021-26 parliament exclusively on the scrutiny of tax and spending matters and better allow members to quickly develop a strategic approach to tax scrutiny after the election. If appropriate, a sub-committee on taxation is an option that could offer MSPs the opportunity to develop subject matter expertise and help guide a Scottish Taxes Bill through the Scottish Parliament.

The legislative process is cumbersome and limits scrutiny

Tax changes can be required often, and at short notice, to introduce new taxes, correct anomalies and clarify rules. But the Scottish Parliament is short of time. In any normal year, where a parliamentary bill is needed to make major changes to tax laws, this legislation needs to battle with other legislative priorities for a space in the parliamentary timetable, or be included as part of other, non-tax related legislation.

This means that some actions promised by ministers have failed to materialise. For example, a 2018 commitment to introduce legislation to clarify certain rules around LBTT has still to be enacted, despite a commitment to do so.

The alternative is to use designated powers and secondary legislation. No less than sixty-seven pieces of tax related legislation have been passed like this since 2014. While this ensures changes can be made, these are not afforded the same level of scrutiny as main tax bills and in many cases, they go unnoticed by all but the keenest of observers. It can be complicated to keep track of – and scrutinise – changes that are made via secondary legislation – and it does little to increase public awareness and maintain transparency.

In the next session of parliament, the challenge will be to find a solution that makes the best use of available parliamentary time to make the legislative changes needed to maintain the integrity and credibility of the tax system, while also maximising opportunities for scrutiny and instilling confidence in the tax regime.

A Devolved Taxes Legislation Working Group was established to find solutions to this challenge. It is essential that this work is concluded, and its findings used to help set the tone for the new parliamentary term.

The introduction of a Scottish Taxes Bill is recommended – it would have a guaranteed slot in the Scottish Parliament timetable to enable the type of day-to-day legislative changes needed to maintain the integrity of the tax system. Having a set-piece event in the timetable would also help to increase parliamentary scrutiny by, for example, providing opportunities for the Scottish Parliament to consult with subject matter experts to help improve the quality of tax legislation and hold ministers to account.

Better budget coordination between both governments

The decision to postpone the UK Budget in 2019 and again in 2020 added an extra layer of uncertainty to recent Scottish budgets. Not only have budget delays left MSPs in the position of having to agree the Scottish Budget without the full detail of UK tax and spending plans (which impact the amount of money available to Scotland), they have limited the amount of time available to scrutinise proposals.

Across the UK, there needs to be a reset in relations between the UK Parliament and the devolved administrations in Scotland and Wales to better recognise the continuing importance of UK tax decisions for devolved tax policy choices. One method would be to agree on a timetable for future budgets so that devolved governments have the time to fully prepare their own budgets and scrutiny of these proposals can be maximised.

In summary, these are themes that will guide our engagement with Scotland’s new MSPs in the months and years to come.

Do you want to volunteer on an ICAS tax committee? Email us at tax@icas.com 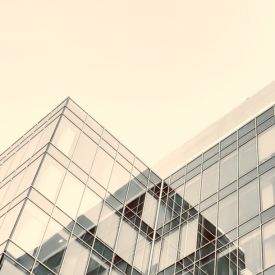