Charlotte Barbour outlines the priorities for the Scottish tax system in the 2021- 2026 Scottish Parliament, as detailed in the joint ICAS CIOT Tax paper ‘Building a Better Tax System’ .

Scotland’s tax system has continued to evolve since the last Scottish Parliament elections in 2016.  ‘Building a Better Tax System’, the ICAS and CIOT joint tax manifesto for the Scottish Parliament elections, identifies three areas of policy that need to be addressed to help deliver a devolved tax system which can continue to evolve, and -be sustainable, resilient, and better understood by taxpayers.

First, there are proposed actions to strengthen decision-making and accountability, so that tax can take a more prominent role in the Scottish political calendar. Tax decisions should be more visible as they are the bridge between policy aspirations and policy delivery. Voters need to have the opportunity to see clearly how these decisions are being made.

To improve parliamentary oversight of Scotland’s taxes and strengthen decision-making, we recommend:

Making the case for new taxes

Second, we detail the steps that should be considered when introducing or reforming taxes, with a view to creating a longer-term approach to tax policymaking. It is an area that may take on greater significance as debates over how to pay for the cost of the pandemic increase in a post-coronavirus world.

Decisions to introduce new taxes should not be left to the mercy of last-minute Budget concessions. A less scattergun, and more strategic approach, to tax-policy making is in the best interests of the long-term health of the tax system. The case for reforming existing taxes or introducing new taxes must be grounded in:

Last but not least, we call on the Scottish Parliament to consider how it can improve public awareness and understanding of the devolved tax regime.

Awareness and understanding of the devolved taxes are low, but voters should be able to better understand the tax powers of the Scottish Parliament so that they can hold their representatives accountable. Devolution provides an opportunity for Scotland to take the lead and promote a devolved tax regime that leads to a better-informed – and engaged – public. This can be helped by:

We welcome input from members about the ICAS tax policy work - please send us your feedback by emailing tax@icas.com. 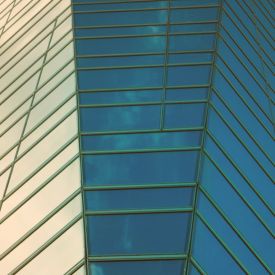