Employee Benefit Trusts (EBTs) featured in two recent High Court cases. In both cases the liquidators took action to recover monies from the directors in view of substantial tax debts arising from ‘aggressive tax planning’ with EBTs. Sums of over £1.5 million were involved.

What lessons can be learnt?

A tale of two companies

In Vining Sparks (Vining Sparks UK Limited (In Liquidation) [2019] EWHC 2885 (Ch)), the company set up EBTs to reward employees and increase employees’ net income by avoiding payment of income tax and National Insurance that would be due on commission-based bonuses. This was done “to attract and retain high quality front office staff with a highly incentivised remuneration culture.”

The scheme covered all employees, only one of whom was a director. Amounts paid into the EBT were in proportion to commission payments calculated.

In Toone (Toone and others v Ross and another [2019] EWHC 2855 (Ch)), three director shareholders made payments into two EBTs and an interest in possession fund (IIP) as well as making sizeable expense payments to directors at a time when turnover was falling rapidly. The EBT payments were said by the directors to be transactions which ‘incentivised them to remain in the Company’.

There were no other employees, and the three directors were also the only shareholders. Payments into EBTs were in proportion to shareholdings.

Vining Sparks involved the subsidiary of an American company; while the company in Toone was a close company.

This highlights an immediate issue for close companies: director shareholders can be wearing a number of different hats at the same time and may mistake their responsibilities under company law. This relates in particular to the duty to act in good faith for the success of the company, as distinct from the personal benefit of directors.

This lack of separation between different interests is probably the most telling aspect of the case. To avoid personal liability, directors need to keep in mind the distinct and sometimes conflicting interests of the various participants – particularly shareholders, directors, employees, creditors and the company itself. They must also be aware that the relative importance of the interests of each group changes as a company approaches insolvency.

The legal starting point for this is directors’ responsibilities under the Companies Act, especially that of good faith.

In both actions, the liquidator claimed that fiduciary duties imposed on directors by s172 Companies Act 2006 (CA 2006) had been breached. But only in Toone did the court hold that this duty had been breached.

In Toone there was a further claim that the payments into EBTs and the IIP were unlawful distributions.

So what is the directors’ duty of good faith?

S 172 CA 2006 requires good faith on the part of directors. In particular:

S172 (1) A director of a company must act in the way he considers, in good faith, would be most likely to promote the success of the company for the benefit of its members as a whole, and in doing so have regard (amongst other matters) to —
(a) the likely consequences of any decision in the long term,
(b) the interests of the company's employees,
(c) the need to foster the company's business relationships with suppliers, customers and others,
(d) the impact of the company's operations on the community and the environment,
(e) the desirability of the company maintaining a reputation for high standards of business conduct, and
(f) the need to act fairly as between members of the company.

S172 (3) CA 2006 modifies the overall responsibilities of directors in favour of creditors where insolvency is in view. So, for example, s 214 Insolvency Act 1986 (IA 1986), which covers wrongful trading, takes precedence over s172 and expects directors to take ‘every step with a view to minimising the potential loss to the company's creditors’ (s214 (3)).

As s172 was the only challenge in Vining Sparks, the court would need to find the director’s conduct was dishonest to show a breach of good faith. Whereas in Toone, not only was there a second challenge of unlawful distribution, but the court challenged the application of s172. It did this by suggesting that the company was already insolvent before some of the payments were made.

It is clear from the lines of argument, that the liquidators in Vining Sparks assumed that the very existence of an ‘aggressive tax avoidance’ scheme showed that the directors had acted dishonestly.

But is tax avoidance inherently dishonest?

In both cases it was accepted by all parties that the EBTs were used to avoid tax. But does this automatically mean that the directors were dishonest or failed to act in good faith?

In Vining Sparks the judge concluded that ‘A tax avoidance scheme which fails in its aim is not in itself a dishonest design. It is “simply ineffective” (quoting Mr Justice Patten in Re AG (Manchester) Ltd (in liquidation) [2008] B.C.C. 497 at [168]).

The line of logic is that paying less tax can be a commercially valid objective. The key question before the courts was therefore the belief of the directors at the time the schemes were arranged and payments made.

If the directors had reasonable grounds for believing that the schemes would be effective in saving tax, then they had not failed in their duty to act in good faith to promote the success of the company.

And this was enough for the director in Vining Sparks to escape personal liability. Without proof of dishonesty, s172 could not have been breached.

But the directors in Toone were not as lucky. The key factor for them was the date that the company became insolvent. Once insolvency is in view, s172(3) kicks in and rights of creditors come to the fore.

It is a feature of both cases that independent professional advice was not taken by the directors. They principally relied on the firms marketing the schemes or businesses closely connected with them.

Taken as a whole, this lack of external advice did not materially affect the outcome. More telling was direct contact from HMRC warning about potential tax liabilities and the absence of any direct warning from the company auditors of a potential PAYE and NIC liability.

While all these transactions were going on, a number of avoidance cases came to the Tribunal, but with mixed results.

In the meanwhile, HMRC was taking action in the courts over EBTs, with the Rangers case being particularly high profile. Not only was HMRC taking action through the courts, it was also opening tax enquiries and notifying taxpayers of potential liabilities.

There was also a significant change over time in HMRC’s and others’ understanding of the impact of EBTs and the tax consequences of such schemes. The usual form was for the company to make payments into an EBT. The EBT then made ‘discretionary payments’ into sub-trusts for the benefit of employees or their dependants.

The schemes were marketed on the basic assumption that the discretionary nature of the payments into the sub-trusts meant that it could not be taxed as ‘earnings’ as there was no legal right to the money. Employees, or the company, could indicate how they wished the money to be allocated, but trustees could refuse to do so (and in Vining Sparks in one case did so refuse and were replaced as trustees).

By 2004, Vining Sparks was including a contingent liability note in its accounts for additional corporation tax, if HMRC successfully challenged the right to deduct payments into EBTs as a trading expense.

This approach significantly increased the tax liability and was to change the course of events for the Rangers case. By November 2015, the Inner House of the Court of Session had found in HMRC’s favour in the Rangers case on EBTs (Advocate General for Scotland v Murray Group Holdings Ltd 2016 SC 201); a decision later upheld by the Supreme Court.

In the light of these developments, by June 2011 HMRC wrote to the company in Toone stating ‘it is our view that you have accrued approximately £860,800 in outstanding liabilities’. This should have alerted the directors to a significant additional liability. What is more, the directors were aware by this time that the company had lost 90-95% of its turnover since 2009.

‘A company is also deemed unable to pay its debts if it is proved to the satisfaction of the court that the value of the company’s assets is less than the amount of its liabilities, taking into accounts its contingent and prospective liabilities.’

Taken together, the court decided in Toone that by June 2011 the company was insolvent as it ‘could not reasonably be expected to be able to meet HMRC liabilities’. This was so even though it continued to pay the debts of other creditors on time.

While this conclusion may seem very significant, its only impact on the case was to require the directors personally to reimburse £70,000 in expenses. The court noted that while these payments might be commercially justified, in the circumstances of insolvency, creditors’ interests became paramount.

The court commented ‘to enter into an arrangement which sought to achieve a distribution of assets, without regard to the requirements of statute, and without making proper provision for creditors was, itself a breach of duties which directors owe to a company’.

Payment of expenses was therefore a breach of duties as ‘the Company was not bound, at the date of the expense payment, to make the payment. The Company owed a duty to its creditors to keep its property inviolate and available for the repayment of its debts.’

What made the largest impact was the decision that the payments into EBT in Toone were unlawful distributions (s830 and s847, part 23, CA 2006) and needed to be repaid to the company in full.

A number of factors weighed against the directors in Toone:

Two very different outcomes from similar situations. It is clear that the mere existence of a tax avoidance scheme in a company does not inevitably mean personal liability for directors. HMRC is likely to be a major creditor if companies with unsettled tax avoidance debts enter insolvency.

Yet close company directors will be particularly at risk where they fail to distinguish between the interests of company, shareholders, and creditors. Close attention will be needed as to the date from which it was reasonable for the company to provide for tax liabilities for failed schemes.

Such a decision is not based on hindsight; rather on a realistic assessment of the state of play in the courts at the time and the contemporaneous beliefs of the directors and their advisers. 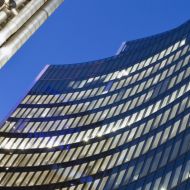 Close company clients and dividends: a right way to do it