Close company clients and dividends: a right way to do it

There’s a right way to declare and pay dividends. Getting it wrong can have serious consequences – particularly for close company clients, but potentially for advisers as well, explains Philip McNeill.

Dividends are not dividends unless they are properly declared.

Interim dividends must be declared at a board meeting. To be valid, per s830 CA 2006, directors must first give consideration to the company’s financial health, and be able to demonstrate that there are sufficient profits from which a dividend can be paid. Minuted contemporary evidence of this is essential. Dividends must be correctly minuted and paid, or credited to loan accounts, in real time. Interim dividends are only treated as income of director shareholders when actually paid.

Final dividends are usually declared at the Annual General Meeting, and may have a specified future payment date. On declaration, they become the income of shareholder director from the date of entitlement, even if in fact paid later.

Having regard to s830, if it comes to challenge, the risk is; no minuted evidence - no dividend.

Antrabus Ltd is a close company and the directors are empowered to declare dividends. They decide it would be beneficial to extract money quarterly, as dividends, and to make journal adjustments to directors’ loan accounts to reflect quarterly interim dividends.

But there isn’t a contemporaneous minute showing that the directors actually considered if the company had sufficient distributable profits to cover the dividends – or indeed any minute proving that a dividend had actually been declared.

Question – is the payment a dividend, or could it be reclassified for instance, as employment income?

What does paid mean?

Taking s1168(1) CTA 2010, dividends are treated as paid on the date they ‘become due and payable.’ What does ‘paid’ mean? A final dividend may be paid when declared, as that is the date that the shareholder gains a legally enforceable right to the declared dividend, even if it is actually paid later.

Per HMRC’s Company Taxation Manual CTM 15205, ‘A dividend is not paid, and there is no distribution, unless and until the shareholder receives money or the distribution is otherwise unreservedly placed at the shareholder’s disposal, for instance by being credited to a loan account on which the shareholder has power to draw.’

A particular danger can arise with interim dividends, since they are only deemed ‘paid’ when the director shareholder can actually use them.

Where a distribution is made when a company lacks sufficient distributable profits, it is an unlawful distribution. The director of a close company is unlikely to be able to argue that they lacked knowledge of the state of the company’s finances here.

So, per s847 CA 2006, the consequences of unlawful distribution, the amount paid is not a dividend, and must be repaid.

Should insolvency be in the wind, HMRC is likely to take a very serious view indeed, with directors becoming personally liable to repay the supposed dividend to the company.

If the company is solvent, the sum may still require repayment, which may leave an outstanding balance on a director’s loan account… triggering a tax charge under s455 CTA 2010.

The Code of ethics and Professional Conduct in Relation to Tax guideline (PCRT) covers all members of ICAS. The payment of a dividend, rather than salary, could be seen as part of tax planning, and should be read in the light of PCRT guidance at 2.29.

HMRC can impose Dishonest Agent penalties where it considers an agent has been dishonest with a view to bringing about a loss of tax revenue.

So to reword the song – if there’s a wrong way to do it – don’t get involved. 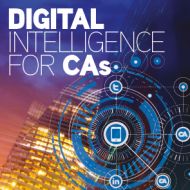 "ICAS digital content is designed to educate, inform, and entertain CAs from every sector and community. Keep up to date…