Tax and the common good

Justine Riccomini outlines the ICAS call for a public discussion exploring the role of tax in supporting public services and contributing to the common good.

The government should facilitate this discussion by offering greater transparency around the link between raising tax revenues and paying for (and improving) public services. Media reporting has concentrated on the need for taxes to be paid by large businesses and wealthy individuals in recent times, but the public debate should also cover how, and to what extent, all citizens should contribute and why it is important to contribute to society through taxation where possible.

In recent years governments have been unwilling or unable to increase the main revenue-raising taxes but have still needed to raise revenue; the result has been opaque tax changes (such as NICs) and a lack of transparency about revenue raising. This has contributed to increasingly complex and lengthy tax legislation, which makes it harder for taxpayers (particularly unrepresented ones) to understand and comply with their tax obligations.

Lack of understanding of an overly complex system, combined with a perception that there has been widespread abuse, has also contributed to a sense of unfairness amongst the public which undermines voluntary compliance. Examples of abuse and problems with the international tax system have been widely publicised but far less publicity has been given to successes in combatting tax avoidance, or to the work of the OECD (supported by the UK government) to reform international tax.

In recent years the government and HMRC have in fact enjoyed considerable success in reducing tax avoidance through a variety of measures. The latest estimates of the tax gap indicate that avoidance only accounts for £1.8 billion whereas far more is accounted for by criminal attacks (£4.9 billion), evasion (£5.3 billion) and the hidden economy (£3.0 billion). There needs to be a shift in focus to address these.

There will always be costs associated with running the tax system. However, a balance needs to be struck between the costs imposed on taxpayers and costs incurred by HMRC. The trend in recent years has been to reduce HMRC costs but at the expense of businesses and taxpayers, with potential adverse consequences for the wider economy and for public support for the tax system. PAYE, VAT and more recently Self-Assessment have always involved some cost to taxpayers, but RTI and MTD have shifted the balance further. For MTD, in particular HMRC is no longer providing any free online system for any taxpayers (even the smallest) to use.

ICAS has said that benefits would flow from adopting the recommendations, which would include:

The benefits of adopting our recommendations

Contribute to the debate

ICAS members are invited to contribute to this debate – please give your views on the recommendations in ‘Future of Taxation in the UK’  by emailing tax@icas.com or login to the CA Connect forum, an area exclusive to members, where thoughts may be shared and discussed with fellow members. There are also opportunities to join ICAS tax committees to discuss these recommendations and many other tax policy and practical matters – email tax@icas.com to find out more about being a committee member. 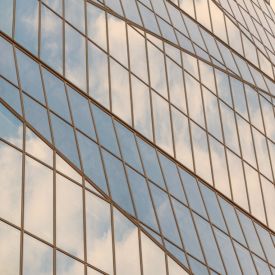