ICAS has called for several reforms and more informed public debate in a new paper titled: The Future of Taxation in the UK.

The Future of Taxation in the UK – published by the ICAS Tax Board – identifies an unwillingness from the government to increase the main revenue-raising taxes as a contributing factor towards increasingly complex and lengthy tax legislation, which makes it harder for taxpayers (particularly unrepresented ones) to understand and comply with their tax obligations.

Bruce Cartwright CA, ICAS Chief Executive, said: “There has been considerable uncertainty in recent years, for businesses and individuals, following the outcome of the EU referendum and the prolonged Brexit process.

"The coronavirus pandemic has added a whole new layer of uncertainty, but it may also present the government with an opportunity to generate public support for tax reform.

"This has previously been difficult to achieve but the aftermath of the pandemic, with strong public support for the NHS, might be the ideal moment for a public debate about who should pay tax and how much they should contribute.”

ICAS believes that a lack of understanding of an overly complex system, combined with a perception that there has been widespread abuse, has contributed to a sense of unfairness amongst the public which undermines voluntary compliance.

Examples of abuse and problems with the international tax system have been widely publicised but far less publicity has been given to successes in combatting tax avoidance, or to the work of the OECD (supported by the UK government) to reform international tax.

This issue should form part of a wider public dialogue, facilitated by the UK Government, about the part taxation plays in society and its role in supporting public services and the common good.

The report states that there has been a considerable amount of change to the business landscape over recent years, affecting both firms and individuals.

The growth of the gig economy has presented opportunities for some but led to the exploitation of others and the government provision of coronavirus support schemes has shone a light on these trends.

ICAS notes that taxation sometimes struggles to keep up with these changes, both in policy terms and in tax administration, and outlines a series of recommendations for addressing key issues affecting the future of taxation in the UK.

Charlotte Barbour adds ‘The ICAS Tax Board is seeking a public discussion exploring the role of tax in supporting public services and contributing to the common good – please contact us to share your views.’ 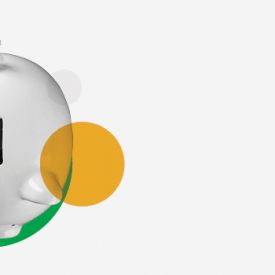