Charlotte Barbour and Susan Cattell outline the ICAS contribution to the debate on standards in the tax advice market.

Governments have been concerned about tax avoidance for many years and extensive action has been taken to tackle it, with considerable success. We understand that HMRC has three key concerns about the current tax advice market:

We believe that these three concerns should be addressed in different ways; we agree with suggestions from HMRC that it is likely that there is no ‘one-size-fits-all solution’ and that it is important to ensure that any action taken does not adversely impact on the majority of tax advisers who already provide a high standard of service.

ICAS has noted that if one is examining standards around the provision of tax ‘advice’ or tax planning, HMRC and HMRC interventions have been very successful. The professional bodes have also played their part – with the introduction of the revised PRCT which includes Standard 4 on tax planning.

The version of PCRT in place since 2017 makes clear that any advice given on tax planning should be in line with the spirit of the legislation and should not seek to exploit loopholes. The legislative framework is also radically different; the introduction of DOTAS, followed by various targeted anti-avoidance rules, the general anti-abuse rule, the enablers legislation the banking code and many other measures have had a significant impact.

There has been significant change over the last decade or so: both in the environment in which tax advisers operate and the approach they take to providing advice. However, there is a temptation to overlook this radical change in behaviours and the legislative framework because the aftermath of historical tax avoidance is still being dealt with in the courts, and there are a few specific issues such as the loan charge.

We believe that Government should not lose sight of the progress which has been made and should distinguish between regulated professional tax advisers and the promoters of abusive tax avoidance schemes who typically do not belong to professional bodies and often do not hold themselves out to be tax advisers.

In the last 6 months there have been two calls for evidence, ‘Raising standards in the tax advice market’ and ‘Tackling disguised remuneration tax avoidance’ and one consultation, ‘Tackling promoters of tax avoidance’, issued by HMRC - with significant overlap between them. ICAS is responding to these papers - two remain open and if you have points you think should be taken into consideration in formulating the ICAS responses please send these to tax@icas.com.

Call for evidence: Raising standards in the tax advice market

In order to inform our response, the consultation was discussed with the ICAS Tax Board, and a webinar was held for ICAS members in which members of ICAS Tax Board, Regulation board and staff discussed both the call for evidence and the ICAS position regarding potential solutions which are suggested in the call for evidence. Potential solutions range from some measures to improve the current system, to maximising the self-regulatory role of the professional bodies, to a statutory regulatory regime.

This call is open until 30 September. In summary, the draft ICAS response notes that feedback from our members in practice indicates that in general they do not have dealings with such schemes – they do not recommend them, nor are they involved with those who use the schemes. ICAS therefore does not receive reports from members about who uses disguised remuneration schemes, or why those who use them do so.

Anecdotally, we understand from conversations with members that:

Please get in touch via tax@icas.com if you have any comments regarding this proposed response.

ICAS tax staff have discussed this consultation document with HMRC. It contains proposals that aim to tighten the existing rules that are targeted at promoters, enablers and users (POTAS, DOTAS, Enablers penalty regime) and to enable HMRC to stop abusive tax avoidance schemes at an earlier stage. Broadly, ICAS supports these proposals but the discussion with HMRC provided a useful opportunity to flag a few concerns and clarify some aspects of the proposals.

It is important to note that HMRC has said in the consultation that "In particular, chapter two highlights that promoters of tax avoidance schemes are rarely members of professional bodies. Many tax advisers adhere to high professional standards and are a very useful source of advice and support to taxpayers. The changes in this document are not aimed at such professionals".

Last but not least

The PCRT professional bodies have a public interest remit, that is a duty to act not solely for their members but for the wider good. They also set standards for members in the provision of tax services and maintain compliance with these standards.  The bodies are clear with their members that a failure to comply with PCRT is a serious matter and could put their membership of the professional body at risk. Ethical behaviour in the tax profession is critical. The work carried out by a member needs to be trusted by society at large as well as by clients and other stakeholders. What a member does reflects not just on themselves but on the profession as a whole.

The ICAS position is that ICAS members add value to HMRC and the wider economy by making sure that their clients pay the right amount of tax at the right time. They explain tax responsibilities to their clients and support tax compliance - making complex tax systems 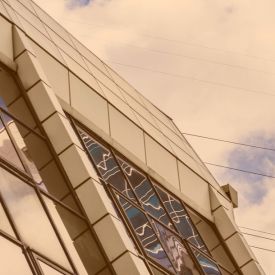 Professional Conduct in Relation to Taxation (PCRT) and Research and Development