Sir Amyas Morse was asked last September by the Chancellor of the Exchequer to conduct an independent review into the Government’s Loan Charge and whether it was an appropriate response to tax avoidance by individuals who had entered into loan schemes (that is loans constituting ‘disguised remuneration’ and intended to avoid tax and NIC). The Loan Charge, which was legislated for in 2016, was aimed at shutting down the use of loan schemes by levying a tax charge unless a settlement had been agreed.

The loan charge has proved to be controversial and is estimated by the Government to affect around 50,000 people.

Also controversial has been the recommending of such schemes by tax advisers, although the Review notes that they were held to be legal at the outset by the tribunals. It was not until 2011 with the introduction of the disguised remuneration legislation (announced on 9 December 2010) that it became completely clear that the Government’s view was that loan schemes did not work and were unacceptable.

The Independent Review was published in December 2019. At the same time the Government published its response to the review and HMRC issued guidance.

There are 20 Recommendations in the Review (see pages 9-12). Some of these deal specifically with the loan charge and how to mitigate some of the most controversial aspects of the policy and its implementation, but others go beyond this and have broader relevance to (i) tax advisers and (ii) HMRC.

The Government has accepted all but one of the recommendations, although with some fine tuning of some. For instance, the Review calls for any unprotected returns that one might expect to be closed, as there is no open enquiry, to remain closed if there has been reasonable disclosure of the loan scheme in the return – whereas the Government response says it accepts this recommendation where there has been full disclosure. The HMRC guidance also emphasises that these measures cannot be implemented until the necessary legislation is in place; this will be included in the next Finance Act.

On some of the more general recommendations there will be more details of the Government response in the forthcoming budget.

There are a number of comments and recommendations in the Review which the tax profession will need to consider. These include:

The Review mentions that government action and changing public views of tax avoidance mean that what might once have been considered acceptable tax planning is now seen as unacceptable tax avoidance. This was reflected in changes to the Professional Bodies guidance, Professional Conduct in Relation to Taxation in 2017. The revised guidance makes it  clear that ‘Members must not create, encourage or promote tax planning arrangements or structures that (i) set out to achieve results that are contrary to the clear intention of Parliament in enacting relevant legislation and/or (ii) are highly artificial or highly contrived and seek to exploit shortcomings within the relevant legislation’.

However, it remains the case that anyone can give tax advice, so it is very important for taxpayers to think carefully and undertake some research when selecting a tax agent or adviser.

Points of relevance to HMRC

There are also some harsh criticisms of HMRC, and a number of related action points. These include:

The Review emphasises broader public issues with the UK tax system. It notes that the UK benefits from a high level of voluntary compliance with the tax system, which is essential to facilitating tax collection. For this to be maintained it notes that HMRC needs to think more widely and deeply about how it communicates and needs to continue to build trust through interactions with taxpayers.

From the perspective of the ICAS tax team, the Review has achieved a delicate balance between some of the hardships and distress arising from the Loan Charge and the wider public need to maintain a stance against unacceptable tax avoidance. There will be further work in 2020 to implement the Review’s recommendations. If you have views about the way in which ICAS tax should respond on behalf of ICAS members, please get in touch on CA Connect or email tax@icas.com 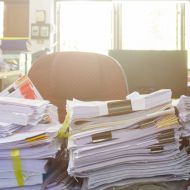 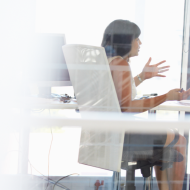