Susan Cattell outlines plans for HMRC to collect more data about the self-employed, employees and shareholders of owner managed businesses.

‘Improving’ the data collected by HMRC

HMRC has published a consultation Improving the data HMRC collects from its customers. The title could be viewed as slightly misleading. The proposals in the consultation involve HMRC collecting more data and sharing it widely with other government departments. The additional data would be required from the self employed, employers/employees and shareholders of owner managed businesses.

Some of the proposals raise concerns about the increased administrative burdens in providing the data, particularly for employers. There are also concerns about whether HMRC has the resources to do this, without adversely affecting its core work.

What data does HMRC want – and why?

Sectoral data for the self employed

The business description field on the Self Assessment return would be made compulsory. The consultation also suggests using Standard Industrial Classification (SIC) codes to describe the nature of the business, rather than free text.

Better sectoral data would allow HMRC to target compliance interventions better and provide more tailored information about reliefs available to particular sectors. Across government it would also allow targeting of future interventions, for example economic support in response to a future crisis.

Occupation data for employees and the self employed

For employees, collecting the data would involve adding a mandatory field to Real Time Information. Employers would need to supply data for existing employees to create a baseline – and then update records on an ongoing basis as employees join, leave or change occupations. For the self-employed, an extra field would be added to the self employed supplementary Income Tax Self Assessment returns. In both cases HMRC proposes that the ONS’s Standard Occupational Classification codes would be used.

The suggested benefit is that this data would support the government in delivering the skills needed by employers, the economy and society. It would help to identify the skills needed to support growth industries and local areas - and to identify skills shortages.  It could also be used to inform other policy interventions, for example, reducing occupational-related health disparities and determining which occupations are best for helping ex-offenders get into work.

Employers would be required to give the office location or normal work base of their employees (with options to deal with employees without a standard work address).

The government would like this data to give it a better understanding of where economic activity is based. Data would be used to design tax policy in a way that supported levelling up. It could also be used to assist with the targeting of economic support. HMRC might use it to assist in identifying particular compliance risks, especially with multi-location businesses (such as those with offshore activities).

Employers would be required to give information on contractual hours worked by employees, where those hours are reasonably stable.

This would help with the analysis of labour market trends across government. Government interventions in the labour market could be improved. The data would also assist HMRC with enforcement of the National Living Wage and National Minimum Wage.

The company director and close company fields on the SA102 form would become mandatory. A new field would be added for the value of dividends received from the close company of which the individual is a director. There would also be another new mandatory field asking for the percentage shareholding in the company.

Currently, HMRC and the government cannot distinguish between dividends paid to owner managers by their own company and dividends from other sources. This presented challenges during the pandemic. Making the data available would give HMRC a better view of the total remuneration package of owner managers.

Self employed start and end dates

The fields for start and end dates for businesses on Self Assessment returns would be made mandatory.

The government would like better information on trading activity to help design and evaluate policy interventions, for example, targeting future economic support. The data could also help inform HMRC’s small business compliance activities to allow help to be provided early in the life of the business.

We would welcome Members’ views on this consultation, or on other tax-related matters – email tax@icas.com to share your insights and feedback. ICAS responds to many tax calls for evidence and consultations, as well as producing tax policy papers and reports. We also regularly attend meetings with HMRC at which service levels, delays and other issues are discussed, and we raise problems being encountered by Members. 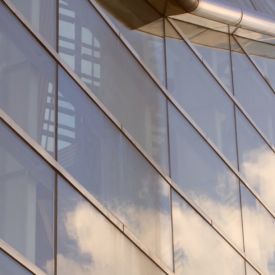 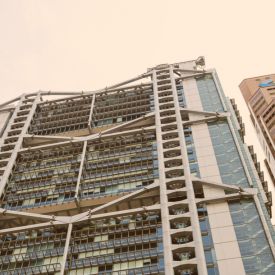