ICAS made a Budget Representation in 2020 calling for an amendment to legislation to remove a disadvantage affecting Scottish partnerships – we welcome publication of draft legislation to make the change.

ICAS called for an amendment to s248A TCGA 1992 in 2020, after it emerged that HMRC did not believe that Scottish partnerships were entitled to the relief on an exchange of interests in land. We welcome the publication of the draft legislation to implement the change.

The draft clause makes a similar amendment to s248E TCGA 1992, in relation to private residences, to ensure that Scottish partnerships and LLPs can qualify for relief.

What was the problem for Scottish partnerships?

S248A TCGA 1992 allows a roll-over style relief for CGT where joint owners of land exchange their interests so that each owner is left owning one or more parcels of land individually. For the exchange of joint interests to apply, the land must initially be jointly held.

This was unexpected in view of the principle (derived from the case of Lord Saltoun v Her Majesty’s Advocate-General for Scotland) that the position of Scottish taxpayers under tax legislation applying to the whole of the UK, should not be prejudiced by differences between Scottish and English law. However, ICAS correspondence with HMRC established that HMRC did not believe that the principle could be applied in the context of s248A.

ICAS submitted a Budget representation in January 2020 highlighting that the wording of s248A was flawed. It appeared that when the legislation was drafted no consideration was given to Scottish law. This, combined with HMRC’s view that the Saltoun principle cannot be applied in s248A cases, caused practical problems, additional costs and unfairness.

The representation called for s248A to be amended to remove the disadvantageous treatment of Scottish partnerships.

In a command paper issued on 30 November 2021, the government announced that the scope of CGT roll-over relief would be extended to include Limited Liability Partnerships and Scottish partnerships. The paper noted that “these partnerships are currently unable to claim relief on an exchange of interests in land held jointly by their members/partners, in contrast to English partnerships. This was not the intention of the relevant legislation (The Taxation of Chargeable Gains Act 1992) and the government will therefore amend it.” 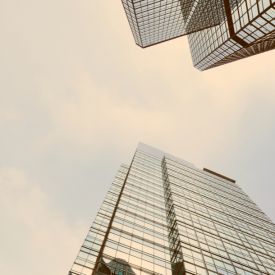 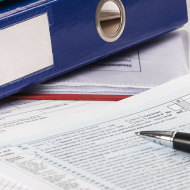 Avoiding inequalities in taxation: differences between Scottish and English law