Back in 2018, Donald Drysdale reported that the City of Edinburgh Council had won the support of all Scottish local authorities to seek powers to raise a tourist tax. At the time of writing, the UK was one of only nine EU member states that was not charging a tourist tax according to COSLA, which published a paper and announced its support for a tax that could be introduced locally in June 2018 with its #stayalittlepayalittle strap line.

The Transport (Scotland) Act 2019 Part 7 introduced a discretionary power to charge workplace parking levy (WPL), and indicated that local authorities would be able to work individually or collectively to impose the WPL on employers who provide car parking spaces free of charge to employees within that local authority area. In June 2021, a consultation on WPL was issued by Transport Scotland concerning regulations and guidance.

The WPL would work by way of the local authority acting as a license issuer. Employers would be issued with a licence, for which they would pay an annual fee based on a charge per qualifying space. It would then be for the employer to decide whether to pass on that cost to the employees – note that where the employer bears the cost, a tax exemption at s.237 ITEPA 2003 prevents the value of that cost burden being passed on to employees by way of a benefit in kind charge on the P11D. Hospices, NHS properties, GP surgeries and disabled spaces would potentially be exempt, and there were discussions around whether car parking for electric vehicles would also be exempt.

Following inevitable delays due to COVID, in the announcements on 9 December 2021, the Scottish Budget documents confirmed that the Scottish Government will introduce secondary legislation imminently on a Workplace Parking Levy to enable local authorities to introduce such schemes from 2022, alongside their work on low emissions zones, and will resume work on the Transient Visitor Levy proposal. National and local governments are to work together to formulate and agree a fiscal framework for collecting, administering and distribution of the receipts.

The resumption of work on the TVL (or “Tourist Tax”) was also mentioned in the Framework for Tax 2021 document at page 20, which said: ”The Scottish Government very much recognises the overall impact of the pandemic on the tourism and hospitality sector in Scotland. We will therefore carefully review the work paused at the onset of the pandemic to develop legislation that would give Councils the discretionary power to apply an overnight visitor levy and undertake further stakeholder engagement as we consider the next steps”.

Different kinds of “devolved taxes” – getting the mix right

In the ICAS/CIOT ‘Building a Better Tax System’ there is a discussion about the different powers available to the Scottish Government to raise taxes, and whether the right mix of tax powers exists to support the economic recovery.

Whilst the Scottish Government has the power to create new taxes in the form of local taxes, these taxes are unlikely to be significant revenue-raisers. There is also a power to introduce new, Scotland-wide taxes, but this would involve a longer lead time as they require the agreement of the UK Parliament.

It seems as if the Scottish Government wishes to proceed with the TVL and WPL now that the pandemic disruption is smoothing out and national and local government can work towards resuming business as usual.

Once the relevant legislation has been passed it remains to be seen which local authorities will decide to take up the powers and charge the levy – and for those that do decide to take them up, whether a material difference will be made to fund tourist-related expenses and workplace commuting methods, traffic levels and parking solutions from the additional income generated (the revenue is intended to be ring-fenced for those purposes).

In respect of the WPL, it will be particularly interesting to review whether driver behaviours change if the levy is passed on to them by their employers. 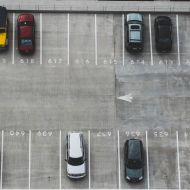 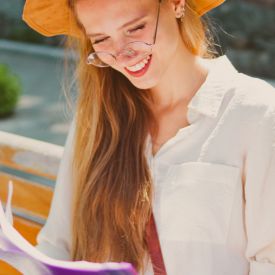