On 9 September 2019, the Scottish Government issued a consultation on tourist tax or transient visitor levy (TVL). The consultation closed on 2 December and Justine Riccomini takes us through the key issues.

The intended charge is understood to be proposed on “commercially let accommodation” which involves not just hotels and B&Bs, but also properties let by individuals using booking platforms and apps such as Booking.com and Air BnB. Other providers, from campsites to cruise liners, may also be liable for the charge.

ICAS has said that any levy ought to be based on a broad national policy, but offering local rate setting opportunity as befits each area according to its circumstances. This should help provide ease of operation for businesses and prevent confusion amongst stakeholders and taxpayers (with the same policy, processes, forms etc), whilst allowing local authorities discretion in the amounts charged. All of this is in the context that Scotland should be seen as a welcoming place to visit.

As with any taxation regime, a dispute resolution mechanism should be legislated for to allow for an appeals and escalation process.

ICAS has requested that terms such as “commercially let accommodation”, “tourist”, “tourism”, “overnight” etc. are fully defined in any legislation and examples provided in accompanying guidance.

Given that it will be the businesses in the tourist industry which are relied upon to collect the tourist levy, burdens on business need to be kept to a minimum, where possible. It is widely acknowledged that the public finances are already heavily dependent on the work carried out by businesses in their capacity as unpaid tax collectors.

The role of tax reliefs in any tax system needs careful evaluation. As a general principle ICAS supports a broad base and consistent low rates without a widespread use of tax reliefs, which add to complexity and hence administrative costs. Careful consideration needs to be given to proposed new reliefs.

Hypothecation, or into the general tax pot?

To ring-fence a tourism tax and spend it only on tourism-related improvements and services may seem limiting for the local authorities concerned, who may be able to better utilise the revenues raised on other priority items as it sees fit.

However, the tourism industry may not see it that way. It is clear that, if the Scottish Government priority is for this revenue to be spent on tourism, a form of definition needs to be placed upon the term ‘tourism’ for this purpose.

Local authorities will need to demonstrate accountability for the additional revenues raised and impact assessments, with a form of reporting of this put in place. Local authorities must also be able to demonstrate that the levy is meeting its objectives. In addition, there is the question of whether local government funding may need to be re-configured and thought given to the national balance of allocations from the Scottish Government.

Further information on this matter will become available once the Scottish Government has reviewed the consultation responses and set out its views on how it proposes to move forward.

The ICAS consultation response can be found here. 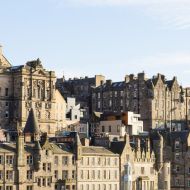