Piecemeal problem - tax perils of buying your home in stages

From self-build to restoration there are many ways people build their home. But beware the tax pitfall of buying a home in stages.

HMRC is increasingly challenging exemption from Capital Gains tax (CGT) on sale of a main residence. There are many assumptions it can challenge.

All these have been tested recently in the Tribunal, usually to the chagrin of the owner. But what happens when someone’s legal rights in a property change over time?

S222 (7) Taxation of Chargeable Gains Act 1992 (TCGA 92) addresses the question of period of ownership when different interests are held at different times.

Its primary target is where a homeowner with a long lease purchases the property outright or extends the lease. In such circumstances, it is only logical that the costs eligible for Private Residence Relief PRR) match the total period of occupation.

The line of logic is extended to cover a spouse or civil partner who transfers their interest in a residence to the other.

How does this approach apply if a property is acquired in stages?

This approach by HMRC was recently evidenced at Tribunal. A couple had acquired four adjacent properties and converted them into a single home (Andrew and Melanie White TC07434 [2019] UKFTT 0659 (TC)).

They started in June 2001, completing the first two purchases in July 2001. Another was completed in September 2001, with the final acquisition completed in April 2002.

They took up residence sometime between September and November 2003. HMRC argued that the delay from first acquisition in June / July 2001 to occupation in September / November 2003 was too long. PRR would only apply from actual occupation.

This left a period of over two years exposed to tax as a chargeable gain.

A concession on long delays

Extra-Statutory Concession (ESC) D49 permits a 12-month delay in taking up residence for CGT PPR. This is to cover cases where extensive renovation is needed before a property can be occupied, or to give time to build a house on a plot with planning permission.

In exceptional circumstances 24 months may be allowed. Though one case at Tribunal decided that this should not be a cliff edge, that decision is not binding on HMRC, and HMRC has made it clear that it will not follow the judgement.

How then does this apply to piecemeal purchase? Taking the logic of s222 (7), the clock for PRR starts running with acquisition of the first interest – in this case, the property acquired in June 2001. With an all or nothing ESC this produces an abrupt cliff-edge. Occupy the property within 24 months of first acquisition and the entire gain on later disposal can be covered by PRR.

Delay even one day, and PRR will run only from the date of first occupation.

Floored on a technicality

In the White case, the Tribunal took the decision that it did not have jurisdiction to review HMRC’s use of a concession. Hence there was no redress here for the taxpayer.

Looking to the future, ESC D49 is due to be legislated and this would potentially open the door to appeals to Tribunal on this issue. But the wording of the new statute may put the matter beyond doubt with the cliff-edge retained.

Given the volume of PRR relief cases reaching Tribunal recently and the forthcoming changes to final period exemption, spousal history on transfer and 30 days reporting of gains on residential property, PRR is one to watch for. Check the detail and don’t assume that a residence is covered. Moving in even a month early could have very beneficial tax impact in some cases. 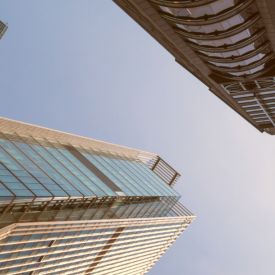