Penalty waiver for self assessment filing

As the Income Tax Self Assessment filing and payment deadline of 31 January draws closer, and the latest developments in the COVID pandemic are causing concerns and problems for taxpayers and agents, HMRC has announced that it will not charge:

ICAS very much welcomes this announcement, having raised member concerns with HMRC in December. In particular, we welcome the earlier notice of the penalty waiver than was given last year.

There is also further information in the press release issued by HMRC and on the Agent Forum (which can be accessed if you are signed up to the Agent Forum; but, if you aren’t and wish to join, please email tax@icas.com).

HMRC has said that it is reasonable to conclude that significant numbers of taxpayers will have a valid, COVID-related reasonable excuse for filing or paying late, so it is more sensible not to charge the penalties for a short period rather than rely on the usual appeal route.

The waivers will operate in the same way as last year. HMRC is not moving the filing or payment deadline and other self-assessment obligations are unchanged. Interest will be charged as usual from 1 February on outstanding amounts.

Needless to say, HMRC has also noted that taxpayers should file and pay on time where possible, and this easement is there for those experiencing difficulty.

HMRC has also noted that it does not believe a longer extension is necessary. By the end of February last year, HMRC had reached broadly the same filing position as it would normally reach by the end of January. If customers still cannot file by 28 February or pay (or set up a payment plan) by 1 April, the usual right of appeal against any penalty will be available, with COVID as a possible reasonable excuse. 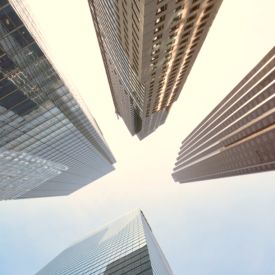 Self Assessment filing – what’s your experience so far this year?