Jan Garioch CA discusses the case Alan McCord v HMRC TC 06812 and the Tribunal’s analysis of whether certain transactions were connected with fraudulent evasion of VAT.

Alan McCord was registered for VAT as a sole trader dealing in mainly second-hand cars. He operated in Northern Ireland and fell into dispute with HMRC when input tax repayments exceeding £62,000 were withheld on the grounds that they had been traced back to identified tax loss where there was fraudulent evasion; namely, missing trader fraud.

The disputed input tax related to purchases of cars from two sellers who were registered for short periods and failed to declare substantial sums of VAT without any explanation. HMRC contended that the appellant knew, or should have known, that the transactions in relation to which the input tax arose were connected with fraudulent evasion of VAT.

The Tribunal reminded themselves of the following key case law.

The Tribunal listened to argument from HMRC that the appellant’s deals lacked commerciality; due diligence was inadequate, it was unrealistic that he was able to make quick profit when sellers and purchasers previously unknown to him turned up, vehicles were collected before cheques cleared in an obviously uncommercial way, lack of contracts and issue of blank cheques were part of a picture from which every facet of legitimate arm’s length trading was absent. The appellant’s submission was in essence that he had done his best, had kept a paper trail for all the transactions and had no official guidance on MTIC fraud from HMRC at the time of the deals. He did not know, nor could he have known of the fraud in the transactions.

The Tribunal concluded that input VAT should be denied on purchases from one seller, but not the other. In the first case the Tribunal was convinced that the deals looked too good to be true. They viewed the arrival unannounced of UK sellers and purchasers from the Republic at such convenient times was too good to be true and was not a coincidence. They thought the purchasers and sellers were in league and that the deals were contrived.

In the second case, they considered that HMRC had undermined their own case that there was a fraudulent loss by acknowledging that this second seller may have been a buffer and a blocker.

A “buffer” is a trader which is inserted between a defaulting trader and a subsequent exporter who reclaims VAT, and who, at least in the classic mobile phone and computer CPU MTICs, buys and sells for a small profit leading to an equally small VAT bill. A “blocker” frustrates HMRC investigations by avoiding meaningful contact from them. As no return was submitted by the second seller, HMRC did not know what input VAT would have been deductible from the output VAT which they knew was due from invoices issued.

Therefore, they could not show that the appellant’s deals were ones where any VAT charged to the appellant was inevitably going to be both due and unpaid. If there is no loss, there cannot have been a fraudulent loss and the appellant cannot be connected with such a loss. 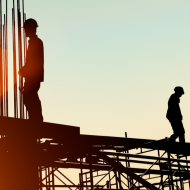 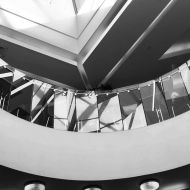 The Budget change to VAT on vouchers