Following the Free Trade Agreement reached between the EU and the UK - and the end of the EU transition period - the UK has announced a new approach to the mandatory disclosure of cross-border tax arrangements (DAC 6).

The EU directive known as DAC 6 (it is the sixth update of the Directive on Administrative Cooperation) imposes a requirement on intermediaries (and in some cases taxpayers) to report information on certain cross-border tax arrangements, to the tax authorities in their home member state. The UK had implemented the Directive through regulations (SI 2020/25) – the details were discussed in earlier articles which noted that it was unclear what the position would be after 31 December 2020 (the end of the transition period).
In June 2020, in response to a parliamentary question about whether the UK’s DAC 6 regulations would be repealed after the transition period, the Financial Secretary to the Treasury confirmed that the government remained committed to tax transparency and would continue to apply international standards on transparency and exchange of information. However, he also said that the Government would keep the Regulations under review – and that further legislative action may be appropriate in the light of the outcome of negotiations with the EU on the future relationship between the UK and the EU.

At the end of December 2020, the UK and EU reached a Free Trade Agreement (FTA). HMRC has provided the update below on what this means for the UK DAC 6 regulations after 31 December 2020 (the end of the transition period). The two key points to note are that:

Text of HMRC’s update to the professional bodies

“The text of the FTA, which is available here states that “A Party shall not weaken or reduce the level of protection provided for in its legislation at the end of the transition period below the level provided for by the standards and rules which have been agreed in the OECD at the end of the transition period, in relation to (a) the exchange of information…concerning… potential cross-border tax planning arrangements”. The reference to OECD rules on exchange of information on cross-border arrangements is a reference to the OECD’s model Mandatory Disclosure Rules (MDR). Therefore, under the terms of the FTA, the UK must not reduce the level of protection in its legislation below the level of protection afforded by the OECD’s MDR.

While the UK has not implemented MDR in its domestic legislation as at the end of the transition period, the rules in SI 2020/25 provide a ‘level of protection’ which in certain respects is equivalent to that in the OECD’s MDR, and in other respects goes beyond the MDR.

Consequently, the Government has decided to legislate for changes to SI 2020/25, to restrict reporting only to those arrangements, which would be reportable under the OECD’s MDR. This means that only those arrangements which meet hallmarks under Category D of DAC 6 will need to be reported in the UK after the end of the transition period.

The regulations have now been laid before Parliament and you can find them here: https://www.legislation.gov.uk/uksi/2020/1649/contents/made. The changes will come into effect from 31 December 2020. While [HMRC appreciates] that this gives limited time for businesses to prepare for and implement these changes, as the amendments maintain the effect of the rules as they were during the transition period, but narrow the scope of what has to be reported, we anticipate that these changes will be manageable.

HMRC will be updating the reporting guidance at IEIM600000 et seq to reflect the changes to the legislation.”

HMRC has promised to provide an update on the DAC 6 reporting platform. 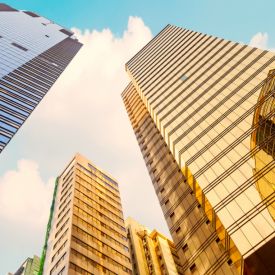