IR35 and the public sector: what about the accounts?

Changes to the IR35 rules were introduced in 2017 for public sector engagements. The tax debate about the changes continues but there were also accounting challenges for PSCs. Susan Cattell takes a look at the accounting issues.

From April 2017 the rules for applying the IR 35 rules to public sector engagements changed. Responsibility for deciding whether the IR35 rules apply moved from the worker providing services through their Personal Services Company (PSC) to the public sector hirer.

Under the new ‘off-payroll’ rules the public sector body paying the PSC must examine the relationship and where it decides that there would be an employment relationship with the worker – if the PSC did not exist – it must operate PAYE and NICs on the payments made to the PSC.

There has been much debate about the tax aspects of this approach – particularly as the government is now consulting on extending it to private sector engagements. However, there are also some accounting issues for the PSC.

Accounting for the income from a public body: gross or net?

HMRC guidance issued in 2017 included the following example which assumes that a worker invoices, through their PSC, an amount of £7,200 (including VAT) per month to the end client and the off-payroll measures apply. No materials and/or expenses are included.

HMRC then went on to set out their view of how the PSC should deal with the payment in its accounts:

“The accounts of the PSC should reflect the amount that the company receives. That is the net amount after the tax and NICs have been deducted.

From the example above we established that from an invoiced amount of £7,200 the fee payer would physically pay an amount of £5,329 to the PSC. This included an amount of VAT (£1,200) therefore the corporate accounts would reflect the VAT exclusive amount of £4,129 in the calculation of turnover for Corporation Tax purposes.”

This prompted a debate amongst accounting bodies and regulators as to whether the revenue received by the PSC should be reported net (as suggested by HMRC in 2017) or gross. Ultimately, the general accountancy consensus is that the gross revenue (before deduction of the PAYE and NIC) should be included in the accounts because the fee charged by the PSC reflects the value of the work done and has not changed as a result of the deductions by the public sector hirer.

How should the deductions for PAYE and NIC be treated?

Including the gross revenue raises a further issue: the PSC did not receive this amount – in the HMRC example referred to above it invoiced £7,200 but only received £5,329. What should happen to the difference of £1,871, representing the tax and NIC deducted by the hirer?

The general accountancy consensus is that it should be treated as an expense, usually as a staff cost within ‘administrative expenses’ in the accounts of the PSC – matched by a reduction in the debtor balance. HMRC has indicated that the expense will generally be treated as reducing taxable profits.

We understand that HMRC will be issuing updated guidance in due course, stating that accounts will be accepted whether prepared on the ‘gross’ or ‘net’ basis because HMRC is aware that some believe the ‘net’ approach is correct. The updated guidance should, therefore, be consulted once it has been published. 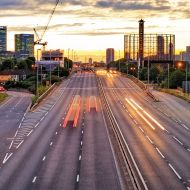