HMRC introduced a revised regime in 2017 into the public sector for bodies engaging individuals through intermediaries. A further consultation closed today in relation to the private sector. Justine tells us more.

On 18 May 2018, HMRC issued a consultation into whether a similar regime to IR35 in the public sector should be brought in to the private sector. The consultation offers three options for consideration:

1. Should the regime which has been brought in for the public sector be replicated in the private sector? or
2. Should private sector businesses be required to ensure that intermediaries are complying with IR35? or
3. Is additional record-keeping by the engager the answer?

ICAS has responded to the consultation, not by responding to each and every one of the 34 questions, but setting out some general initial thoughts and then responding to a number of questions where it was thought ICAS member experience and knowledge as it relates to policy formulation would be most relevant.

Prior to responding to the consultation, ICAS held a roundtable event with HMRC at CA House, and various members from the ICAS Owner Managed Business Committee and Employment Taxes Working Group attended. I also attended two other meetings with HMRC prior to this event, to give me a rounded view on what other representative bodies, experts and stakeholders were thinking.

The consultation terms of reference are very tightly drawn and attendees to the roundtable meetings were asked not to bring discussions on employment status generally into the conversation. This was hard to do because employment status as a concept overarches this debate. However, some useful discussion was had at the roundtable meetings as to how a new approach to IR35 in the private sector might work.

ICAS supports the need for HMRC to collect the right amount of tax at the right time from the right people and understands that IR35 has not been a successful regime since its introduction 18 years ago in 2000. Nevertheless, with Brexit looming, the private sector may not need another cost and admin burden on its employers at this time and the next steps must be thought out carefully.

There are no easy answers and ideally, a combination of the three options could be configured so as to lessen the burden on employers – in particular, in terms of cost. The timing and methodology of the introduction of any new regime needs to be taken gradually and not rushed in to avoid having a negative impact on business stability and growth. 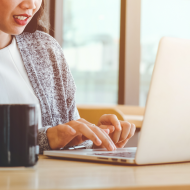