Susan Cattell considers the latest ruling in a case which illustrates the importance of finding a good tax agent and raises questions about the provision of tax services.

Provision of tax advice and services

It can be difficult for a taxpayer to choose a tax agent or adviser. In the UK there is no restriction on the provision of tax services – anyone can offer them. Members of professional bodies like ICAS, the CIOT and the ICAEW must meet certain standards (including having adequate professional indemnity insurance); if they fall short a client can complain to the relevant body and disciplinary action can be taken where appropriate. However, there is no requirement to belong to a professional body before offering tax services.

HMRC does produce a ‘standard for agents’ which applies to all tax agents dealing with HMRC and to any professional who advises or acts on behalf of others in relation to their tax affairs. The aim is to clarify what is expected of agents, particularly those who are not members of professional bodies. However, HMRC does not regulate agents and the main sanctions it can apply are to report agents to their professional bodies, refuse to deal with an agent or suspend the access of an agent to certain online services. In appropriate cases, it can also pursue criminal cases and apply civil penalties where tax agents are found to have been dishonest.

Even where HMRC can apply sanctions these may come too late for the client to avoid problems. The consequences of choosing a poor agent can be severe, as illustrated by a case recently heard by the Upper Tribunal (Tax and Chancery).

Mr Katib was the director of MDM Global Limited (“MDM”). The company registered for VAT and filed VAT returns. HMRC disallowed claims for input tax and raised assessments based on gross turnover.  MDM did not pay the VAT and after it became insolvent personal penalty notices eventually amounting to approximately £490,000 were served on Mr Katib.

The first personal penalty notice was served in December 2014 at which point Mr Katib appointed a new adviser (Mr B) who acted for him until July 2016.  Mr Katib did not understand the personal assessments, or other documents sent to him by HMRC relating to MDM, so he gave them to Mr B to deal with, paying him £500 per month to represent him and MDM. Mr B apparently assured him on numerous occasions that he was experienced in dealing with tax matters of this type and that everything was in hand.  He declined to show Mr Katib copies of his correspondence with HMRC on the basis of confidentiality.

The First Tier Tribunal (FTT) noted that Mr B failed to appeal against any of the notices of assessment of VAT or penalties relating to MDM, or against the personal penalty notices served on Mr Katib – and that he operated in an unusual way.

According to the Tribunal judgment Mr B’s advice included telling Mr Katib that he should “cease to be a man by making a declaration to that effect to enable [Mr B] to communicate to the world that [he] was dead, that there was plenty of time to deal with an enforcement notice as the Bills of Exchange Act governed the counting of the time limit to do so [and] that [he] erect a poster in his home denying access to all persons which was intended to prevent access by officials/bailiffs to avoid loss of personal assets.”

Eventually, enforcement action was threatened against Mr Katib and in July 2016 he appointed a firm of solicitors – which lodged late appeals against the personal penalty assessments. The FTT was asked to rule on whether Mr Katib should be permitted to make these late appeals.

The FTT decided in favour of Mr Katib. Whilst the delay in appealing was serious the Tribunal noted that Mr Katib had no competence to deal with the various HMRC notices and found that he had been misled by Mr B as to what steps were being taken and needed to be taken. It also found that the delay in making the appeals was caused by Mr B’s inactivity and misleading information given by him to Mr Katib. The new advisers made the appeals as expeditiously as possible after their appointment.

The FTT felt there would be demonstrable injustice if permission to appeal was not granted. The aggregate value of the personal penalties exceeded the value of Mr Katib’s only asset, his home. HMRC accepted that there would be prejudice to Mr Katib but argued that he had brought this on his own head.  The Tribunal disagreed – he had appointed Mr B to represent him, but he did not do so effectively. As the Tribunal put it: “on the contrary [Mr B's] actions or inactions were so extraordinary, so out of the scope of any brief that could have been delivered to any putative representative, that those actions cannot in all conscience be visited upon [Mr Katib].”

Unfortunately for Mr Katib, HMRC appealed against the FTT decision and the UTT has now refused permission to make the late appeals. For Mr Katib, it seems that this could result in the loss of his house without the opportunity to present a case against the penalty notices to an independent tribunal.

The UTT decided that the FTT had made an error of law in failing to acknowledge or give proper force to the position that, as a matter of principle, the need for statutory time limits to be respected was of particular importance to the exercise of its discretion. The UTT then proceeded to remake the decision, applying the principles set out in William Martland v Commissioners for Her Majesty’s Revenue and Customs.

The delay in appealing against the notices was at least 13½ months which the UTT considered was “serious and significant”. The UTT also felt that because of the importance of complying with statutory time limits, when considering applications for permission to make a late appeal, failures by a litigant’s adviser should generally be treated as failures by the litigant. However, exceptions to this general rule are possible, so the UTT went on to consider whether such an exception should be made in this case.

It concluded that no departure from the general rule was justified. It was clear that Mr Katib had been misled by Mr B and had not been competently advised – but extraordinary though some of Mr B’s correspondence was the core complaint was that he did not do his job. The UTT observed that this was “unfortunately, not as uncommon as it should be” and went on to say: “It may be that the nature of the incompetence is rather more striking, if not spectacular than one normally sees, but that makes no difference in these circumstances. It cannot be the case that a greater degree of adviser incompetence improves one’s chances of an appeal, either by enabling the client to distance himself from the activity or otherwise.”

It is not clear from the Tribunal decisions how or why Mr Katib came to appoint Mr B as his agent – and Mr B played no part in the case, so his perspective is missing. However, the case raises interesting questions about the regulation of the provision of tax services. Is it sensible that anyone can offer to provide tax services and advice?

Tax is complex, so it may be difficult for ordinary taxpayers to work out whether an agent is taking the right actions on their behalf or giving the correct advice. By the time problems become obvious, and before any sanctions could potentially be imposed by HMRC, the taxpayer may be facing serious tax consequences.

Regulatory change is unlikely in the short term, so, for now, taxpayers need to think carefully and undertake some research when selecting a tax agent or adviser. A good agent will add value for their clients and is likely to be well qualified, regulated and committed to high ethical standards. Taxpayers should make sure they ask prospective agents some detailed questions before they appoint one.

A good starting point for taxpayers looking for help would be the websites of any of the seven professional bodies which require members to adhere to the principles and standards set out in Professional Conduct in Relation to Taxation (PCRT). Most have searchable databases of their practising members, including ICAS. 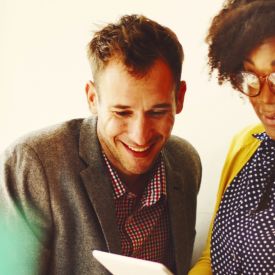 Professional Conduct in relation to Taxation

Professional Conduct in Relation to Taxation has been updated making it easier to navigate with a new digital structure.