ICAS responds to the consultation on a UK Digital Services Tax

Susan Cattell outlines the ICAS response which highlights some of the problems associated with a unilateral temporary DST and stresses the need to work towards an international approach.

Tax challenges of the digital economy

Highly digitalised multinational companies present challenges to the international tax framework. They generate substantial revenues from consumers around the world, but they don’t have local permanent establishments in the traditional sense.

There is widespread agreement that international tax systems need to be reformed to deal with the new digital business models, but no consensus on exactly how this should be done.

In the 2018 Budget, Chancellor Philip Hammond announced that the UK Government would take unilateral action to impose a Digital Services Tax (DST), for an interim period, until an international agreement could be reached.

The Government has been consulting on proposals for implementing a DST at 2% from April 2020 on the revenues of search engines, social media platforms and online marketplaces where those revenues are linked to the participation of UK users.

ICAS has submitted a response to the consultation. Key issues raised include:

Could UK consumers lose out?

The Government suggests that DST is not expected to directly impact individuals, households and families. It also explains that the measure is expected mainly to affect large multinational businesses (MNEs). However, this does not give the complete picture.

MNEs paying DST will almost certainly pass on some or all of the costs. Smaller businesses will, therefore, face increased charges (for example for advertising, or for selling items via a marketplace). These will be passed on to their customers (i.e. individuals and households) in the form of higher prices. Where they can, MNEs are also likely to pass on the cost directly to individuals, for example, through increased prices for subscriptions (or the introduction of subscriptions).

There has already been controversy about the use of individuals’ data by certain platforms; if the cost of DST pushes platforms to seek higher returns from the exploitation of data there could be unintended and undesirable consequences.

The user tracking required for DST could itself conflict with GDPR requirements; this could presumably be overcome by including protection from GDPR in the DST legislation, but this might be unacceptable to the public.

A combination of cost and GDPR issues could lead some entities to decide to block access for UK users to some or all of their services if they conclude that the cost and risks of DST mean that UK users become non-viable.

Some of the proposed features of the DST are likely to generate complexity and considerable uncertainty.  ICAS has suggested that HMRC should provide a clearance mechanism for businesses, but even if this suggestion is adopted there will be significant challenges for companies in identifying whether they are within the scope of DST and performing the necessary calculations. Mechanisms for tracking users and identifying revenues will be necessary.

The administrative burden and costs of compliance seem disproportionate for something intended to be a temporary measure, which is expected to be replaced by an internationally agreed approach to taxing the digital economy in a relatively short timeframe.

The risk of double (or multiple) taxation

Another disadvantage of introducing an interim DST is that is highly likely to lead to double (or multiple) taxation. Several other jurisdictions are planning to introduce unilateral measures of their own and more may follow. To deal with this the government intends to negotiate an appropriate division of taxing rights with other countries which are implementing a DST, but this could be problematic.

Agreements with other jurisdictions will take time to put in place. The Government intends that they would cover cross border transactions, but they would also need to address other aspects (such as alignment of approaches to identifying users).

The resources which would need to be allocated to achieving short term bilateral agreements with other jurisdictions could more usefully be devoted to achieving multilateral consensus for the long term, through working with the OECD.

Arriving at an International approach

Since the publication of the UK consultation document, the OECD has published a detailed consultation on various options for international action. The OECD goal is to produce a final report in 2020 (with an update to the G20 in 2019). The UK options and timetable should, therefore, be reviewed in the light of the OECD plans: it would be preferable for the Government’s entire focus to be on helping to produce a successful conclusion to the work of the OECD/G20 Inclusive Framework.

Everyone, including the Government, agrees that the long-term solution to the challenges presented by the digital economy is an internationally agreed approach to reforming the tax system. The DST proposals, therefore, include a review clause which would provide that the application of the DST would be reviewed by the Government in 2025. The review would generate a report to Parliament on the future of the DST, taking account of the progress of international discussions.

ICAS welcomes the inclusion of the proposed review clause. It would, however, be preferable if the clause resembled the ‘sunset clause’ used in the Disincorporation Relief legislation, so that DST would automatically lapse in 2025 unless Parliament took action either to replace it or to ensure it continued. This would ensure that a proper review of the DST and international developments took place in 2025; otherwise, there is a risk that the ‘temporary’ DST could simply be allowed to continue indefinitely.

Finally, given the ongoing uncertainties presented by Brexit, ICAS believes the Government should be focussed on promoting the attractiveness of the UK for business investment. We do not believe that the rapid introduction of a temporary DST is in line with the objectives of enhancing the UK’s position as an attractive investment destination, or of providing certainty for investors.

The ICAS tax team welcomes members’ views on current tax consultations to assist in preparing ICAS responses. If you have any comments let us know.

Details of current consultations on tax issues can be found here: 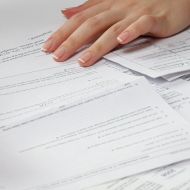