Susan Cattell outlines the details of the new HMRC profit diversion compliance facility (PDCF), launched on 10 January – and considers why companies might be interested in reviewing what is on offer.

Diversionary tactics – and measures to address them

For many years the UK has had transfer pricing legislation to try to address the issue of multinational entities (MNEs) adopting policies which reduce their UK profits, chargeable to UK CT, and divert profits to an overseas entity taxed at a lower rate or not taxed at all. Other jurisdictions have similar legislation.

The UK government unilaterally introduced a Diverted Profits Tax (DPT) in 2015. This was intended to prompt MNEs to review their position: the rules are complex but under DPT any ‘diverted profits’ (as defined in the legislation) are charged at 25% (higher than the normal CT rate). Many MNEs targeted by DPT, therefore, changed their transfer pricing policies and/or business structure so that increased profits would be taxable in the UK at the CT rate – and any potential DPT liability would be eliminated.

Government statistics for the yield from DPT divide the receipts between amounts received as a result of DPT charging notices issued by HMRC and additional amounts of CT collected from changes in business behaviour because of DPT. For 2017 to 2018 government figures show that of £388 million collected £219 million came from charging notices and £169 million from behavioural change.

Why introduce the PDCF?

HMRC intends the facility to encourage MNEs with arrangements that might fall within its scope (ie those with a potential exposure to DPT) to review both the design and implementation of their transfer pricing policies, change them if appropriate, and use the facility to put forward a report with proposals to pay any additional tax, interest and (where applicable) penalties due.

Whilst the facility is aimed at arrangements targeted by DPT HMRC explains in the introduction that a DPT liability is not a prerequisite, or as HMRC puts it: “businesses do not need to provide a technical analysis of whether DPT applies if they consider that their proposals eliminate any profit potentially chargeable to DPT. All technical analysis and any payment made can be on a without prejudice basis.”

What are the potential benefits of using the PDCF?

The PDCF is not an amnesty; MNEs will need to pay additional tax, interest and (where applicable) penalties due. HMRC expects companies which register to make a full and accurate disclosure of the facts and use ‘reasonable endeavours’ to determine the correct amount of tax payable, pay all outstanding liabilities and fully cooperate throughout the process.

The potential benefits of using the PDCF are outlined by HMRC in paragraph 1.3 of the guidance – with more details in paragraph 2.3. The facility will:

Two other features of the PDCF could offer advantages over a more traditional enquiry and make the process quicker and more efficient for users:

Once an MNE has registered for the PDCF it must submit its report within six months of registration, unless HMRC agrees a longer period, and make a payment in line with the proposal in the report when (or before) the report is submitted.

The report should be in the format set out in chapter 4 of the HMRC PDCF guidance. For many MNEs the work involved will be substantial and the deadline could be difficult to meet. However, this has to be set against the likelihood of HMRC opening an enquiry anyway – when the benefits of the PDCF will not be available.

What to do next

MNEs which are confident that their transfer pricing is up to date and that they are paying the right amount of CT will not need the PDCF. Others will want to consult their advisers to review their position and discuss the PDCF in the light of their particular circumstances. It is worth noting that in chapter 3 of the guidance HMRC outlines a number of common misconceptions about the DPT rules which mean that businesses have incorrectly concluded they were outside its scope.

HMRC will be sending ‘nudge letters’ to some MNEs where its risk analysis identifies that they are ‘high risk’ – suggesting that they consider the PDCF. It seems likely that MNEs which receive a letter but do not respond will be subject to investigation.

However, HMRC has not committed to sending letters to all businesses they identify. MNEs which do not get a letter but have potential exposure to DPT, may, therefore, want to review the design and implementation of their transfer pricing policies and consider what is on offer in the PDCF.

CAS welcomes feedback from members on their experiences of dealing with HMRC. 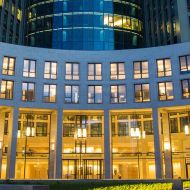 How will digital services tax work? 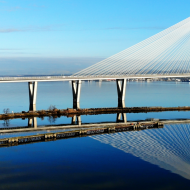