Susan Cattell outlines the key points from the ICAS response to HMRC’s suggestions for how it could help taxpayers to get offshore tax right.

HMRC published the discussion document ‘Helping taxpayers get offshore tax right’ on ‘Tax Day’ 2021. It concentrates on unintentional non-compliance, rather than offshore tax avoidance or evasion. The introduction notes that this can be caused by a range of factors, including:

This aligns with feedback from ICAS Members about why taxpayers often fail to obtain proper advice and make mistakes around offshore tax.

What could HMRC do to improve compliance?

In the paper HMRC set out some ideas for how it could help taxpayers to get offshore tax right, split into three areas:

ICAS attended two of the workshops HMRC held to discuss its suggestions, and submitted a response to the discussion paper. Overall, it would certainly be helpful for HMRC to develop processes and interventions aimed at helping taxpayers to get their returns right – rather than waiting to tackle problems further down the line. Some of the key points from the ICAS response are discussed below.

HMRC receives increasing amounts of offshore data every year, particularly under the Common Reporting Standard (CRS) and the Foreign Account Tax Compliance Act (FATCA). Rather than only using this data to find non-compliance after the event, there is clearly scope for HMRC to use the data earlier in the registration and self assessment process to try to increase awareness of offshore tax obligations and prevent common errors.

It would be helpful for HMRC to flag to taxpayers the requirement to notify chargeability - making specific reference to the need to consider overseas sources. It would also be helpful to include prompts in notices to file a tax return – noting  that according to information held by HMRC, taxpayers have assets or income overseas and that UK tax obligations may arise from these. All prompts need to be visible to authorised agents which could currently be difficult for prompts via Personal Tax Accounts, because agents would not have access. Agents seeing prompts will make them more effective than solely relying on taxpayer recipients to raise offshore assets or income with their agent.

Some unrepresented taxpayers might decide to take advice, on receipt of a prompt, but some will be likely to need support from HMRC. Signposting to guidance in the prompts would be helpful, but HMRC helplines would also need to be able to deal with taxpayers raising offshore queries in response to the prompts.

The earlier the prompts can be included in the tax return process, the better, so that taxpayers have more time to seek advice or support. However, HMRC’s further suggestion for online prompts within tax returns could also be helpful – particularly if they referred to specific countries and (as with the earlier prompts) made clear that there could be a need to report.

Agents would welcome HMRC sharing information it has received (for example, through CRS) about their clients’ offshore income and assets. As set out in the paper, problems can arise because much of the data HMRC receives is reported for the calendar year, rather than the tax year. There are also often inaccuracies in the data supplied to HMRC through CRS.

Transparency, on HMRC’s part, through sharing data with agents (and taxpayers) would help to ensure correct entries in tax returns – and give agents/taxpayers the opportunity to provide explanations for apparent inconsistencies, or to point out inaccuracies in the third-party data. It would also reduce the number of nudge letters issued by HMRC where the returns were in fact correct.

The ICAS response also discusses other issues linked to inaccuracies in third-party data, particularly in the context of possible pre-population of data in tax returns. There would need to be procedures and safeguards in place to ensure that taxpayers could correct third-party data.

HMRC research has shown that taxpayer awareness of offshore tax obligations is low. The discussion paper highlights possible taxpayer confusion arising from the use of different terminology in connection with international tax matters. ICAS agrees that some taxpayers may think that HMRC communications about ‘offshore’, ‘foreign’ and ‘overseas’ tax are targeted at wealthy taxpayers (and at tax avoidance or evasion). This is perhaps most likely to be the case with ‘offshore’ which is often used in media reports in conjunction with tax havens and tax avoidance or evasion.

As a result many taxpayers who are inadvertently failing to comply might be less likely to see a communication as relevant to them if it refers to ‘offshore’. ‘International’ tax might be a more neutral term for HMRC to use. There are some sensible suggestions in the paper for areas of offshore tax where HMRC should focus its communication efforts.

Where the target audience for HMRC communications is based abroad there have been problems raising awareness of changes in legislation – as illustrated by experience with non-resident CGT. HMRC should have provided more targeted communications about NRCGT, for example, direct communications to individuals who had become non-resident but had UK property income.

Where HMRC knows that a change will affect a particular group of taxpayers or a business sector it should be looking to target communications – either directly to the individuals most likely to be affected (which should have been possible with NRCGT) or more broadly, for example, through publications, trade bodies, websites and social media likely to be accessed by those affected.

HMRC could work with intermediaries such as financial institutions and investment managers to improve the information they provide to their customers. Feedback from Members indicates that some taxpayers find it hard to determine which boxes on the tax return to use for different types of income – for example, distinguishing between interest from banks and interest from unit trusts. This makes data reconciliation more difficult. Intermediaries could assist in indicating how to report income received.

There are also problems with presentation and accessibility of information (particularly excess reportable income) – and issues arising from different tax treatments of returns on investments. For example, something treated as a capital return in one jurisdiction might be treated as income in the UK. Improved communications and provision of information from financial institutions and investment managers might help taxpayers to get their returns right.

ICAS responds to many tax-related consultations, calls for evidence and discussion documents issued by HMRC and H M Treasury. We welcome input, which we take into account when preparing responses. Details of current consultations on tax issues can be found on the following websites:

Please send us your feedback and comments by emailing tax@icas.com 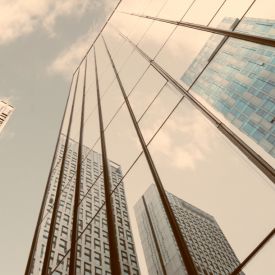 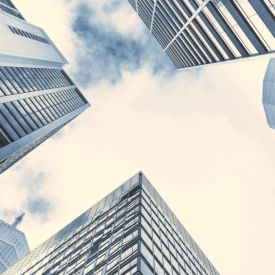