How will taxes hit your bitcoin?

Donald Drysdale cautions practitioners, accustomed to working with fast-changing tax laws, that they should be particularly wary of how transactions in crypto-currencies are taxed.

Bitcoin was created in 2009 as the world’s first crypto-currency. A peer-to-peer electronic cash system, it exists on a blockchain distributed database without the need for any central bank or other regulatory authority. While this article focuses on bitcoin, other crypto-currencies now exist and most of my observations are also relevant to them.

Transactions between bitcoin users require no intermediaries and are recorded in the blockchain log without naming either party. This anonymity makes bitcoin popular among those involved in drug dealing or other illegal activities. Nonetheless, bitcoin has gradually become more widely accepted as payment for mainstream goods and services.

Bitcoins belonging to a user exist in a ‘digital wallet’, either in the cloud or on the user’s computer. Bitcoins can be bought or sold through online bitcoin exchanges. They can also be created by using computers to solve complex cryptographic puzzles in a process designed to preserve the integrity of the system and known as ‘bitcoin mining’.

For those who possess bitcoins, significant security risks exist. Bitcoins may be lost when online exchanges or cloud-based digital wallets are hacked. Such disasters do happen: when online bitcoin exchange Bitfinex was hacked in 2016, bitcoins worth US$65 million were reportedly stolen.

Digital wallets on users’ computers may be attacked by malware or ransomware or deleted as a result of user error. But risks extend also to those not using bitcoin, as malware may infest other business or personal computers and divert their available processing capacity to bitcoin mining, massively increasing power usage and risking hardware burnout.

The bitcoin price has had a roller coaster history with many peaks and troughs and, in spite of the inherent risks, this has attracted many speculative investors. The price of one bitcoin rose from below US$0.01 in 2009 to US$19,500 in December 2017 but has fallen to US$6,400 at the time of writing.

The volatile price fluctuations have left tax authorities here and around the world wondering how best to tax massive gains realised by some taxpayers, without opening the floodgates to huge loss claims by others.

As long ago as March 2014, HMRC published preliminary guidance on how they intended to tax bitcoin transactions, while recognising that crypto-currencies were of an evolutionary nature and that their views might subsequently change.

HMRC’s Capital Gains Manual includes further guidance containing pointers on how transactions in bitcoin may be taxed, building on long-established first principles. A gain or loss on disposal of bitcoin may arise from trading or investment – with differing consequences in each case.

An alternative suggestion from HMRC that bitcoin gains or losses might be attributed to gambling and therefore fall outside the scope of tax seems untenable; a speculative investment, however risky, can scarcely be described as gambling when it has involved the acquisition and disposal of an asset.

Those who hold bitcoins or transact in them may face implications for income tax, corporation tax, capital gains tax, VAT and inheritance tax purposes. The usual foreign exchange tax rules apply to conversions between bitcoin and other currencies – whether traditional or other digital currencies.

There is no clear suggestion in HMRC guidance that bitcoin mining should be taxed as trading income. Such mining is outside the scope of VAT, but the European Court of Justice ruled in Skatteverket v David Hedqvist Case (C-264/14) that VAT applies on converting between bitcoin and traditional currencies.

Where bitcoins are used to pay for goods or services, the value of the supply on which VAT is due is the sterling value of the crypto-currency at the point the transaction takes place.

Trading in and use of bitcoin are allowed in some countries and banned in others. Governments worldwide are watching developments closely.

In February 2018 the House of Commons Treasury Select Committee launched an inquiry into the role of digital currencies in the UK, including the opportunities and risks that digital currencies may bring to consumers, businesses and the Government.

This inquiry is examining the potential impact of distributed ledger technology—such as blockchain—on financial institutions, including the central bank, and financial infrastructure. It is considering how regulation of crypto-currencies could be balanced to provide adequate protection for consumers and businesses without stifling innovation. Somewhat strangely, its remit makes no mention of tax, but I suspect that its final report may do so.

According to a recent Written Parliamentary Answer, the UK government is supporting EU moves to bring virtual currency exchange platforms and custodian wallet providers into Anti-Money Laundering and Counter-Terrorist Financing regulation, which will result in these firms’ activities being overseen by member states’ national competent authorities for these areas.

HMRC have extensive bulk data gathering powers, and international sharing of information is crucial in enforcing such regulation. It is unclear how effective those powers (or any extension of them) might be in obtaining data from online bitcoin exchanges, given that the entire structure of digital currencies depends on cryptographic privacy.

Such issues are not peculiar to the UK. In the USA, for example, the Treasury and the IRS issued guidance years ago on major cryptocurrency issues, but they are now considering new, emerging issues which may require further guidance. It is a constantly moving target.

Likewise in various other jurisdictions, tax authorities are believed to be exploring new ways of taxing bitcoin. Some treat bitcoin as a commodity while regarding the use of bitcoin as a barter transaction. Others may want to tax all bitcoin gains as income, while perhaps placing some restrictions on relief for bitcoin losses.

For many countries, a key difficulty is that most online bitcoin exchanges are located offshore and not covered by the common reporting standard (CRS) on information sharing. Action at OECD level might eventually extend CRS coverage, but this would take time.

A recent report suggested that HMRC see no need to update their guidance on crypto-currencies. However, the nature of digital currencies is still developing and effective changes in tax law may be expected – whether by statute, revised guidance or interpretation by the courts.

Bitcoin and other currencies based on blockchain rely on secrecy, and it cannot be emphasised too strongly that taxpayers should make full and complete disclosure to their professional advisers when seeking help with the tax implications of any crypto-currency transactions.

For their part, practitioners should recognise that this area of tax law is likely to evolve further. They must ensure that they pay particular attention to first principles and any guidance issued by HMRC. 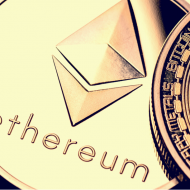