Cryptocurrencies, Bitcoin and blockchain are terms that are becoming more widely used but do we know exactly what the blockchain is or how Bitcoin works?

Both terms are very closely related because blockchain is the technology used to authenticate and record transactions in cryptocurrencies of which Bitcoin is the best-known example.

What is a cryptocurrency?

It is described as a virtual currency because it exists only in electronic/digital form and thus has no physical existence, unlike conventional currencies with their coins and bank notes. Its purpose is to serve as a means of exchange in transactions between two parties. Unlike conventional currencies, such as sterling or the US dollar, cryptocurrencies are not regulated by a central bank such as the Bank of England or the US Federal Reserve. Instead, control is dispersed to the members of a “peer to peer” network and unlike transactions in a conventional currency, there is no intermediary, e.g. a bank, involved in the payment and receipt process; the cryptocurrency can be used anywhere there is internet access.

A cryptocurrency essentially consists of transactions recorded in a database and which, once accepted by the network, cannot be modified or deleted without satisfying specific conditions. These conditions involve verifying the authenticity and then giving approval to the new transaction by the peer to peer group or network participating in what is referred to as the “blockchain”.

Cryptocurrencies use complex code systems or protocols involving the use of advanced mathematics to encrypt data transfers which then allow transactions between parties to take place securely and safely in a form that only those for whom it is intended can read and process.

The most widely known cryptocurrency is Bitcoin but many others exist including Litecoin, Ripple and Ethereum.

Bitcoin dates from 2008/91 when an unknown person (or group) named Satoshi Nakamoto established the first Bitcoins and made them publicly available.

One of the stated attractions of a cryptocurrency is that it avoids some of the disadvantages of a conventional (sometimes called “fiat2”) currency. As a result, a cryptocurrency might be attractive for the following reasons:

The main disadvantages are stated to be:

What is one Bitcoin currently worth?

A market exists in cryptocurrencies on special online markets with fluctuating exchange rates against traditional currencies (such as sterling or US dollars). For example, as an illustration, a price quoted recently (for 25 May 2018) on the cointelegraph website for the current exchange rate of 1 Bitcoin was US$7,466. A security feature called a digital signature is used to ensure that only the owner of Bitcoins can spend them.

At present, there is no specific official established guidance under UK GAAP or in IFRS on how to account for these in a set of accounts. Depending on the nature and frequency of transactions in a cryptocurrency, there appear to be two accounting options:

In the USA, the Chamber of Digital Commerce asked the FASB (the Financial Accounting Standards Board) in June 2017 to address the issue of accounting for digital currencies. There has been no public response from the FASB to date.

Cryptocurrencies all use blockchain technology. A blockchain is a type of database using what is called “distributed ledger technology” (or DLT). This enables the blockchain to be managed without the requirement for a central administrator or file server; instead the acceptance of any new transaction on to the blockchain is controlled by the people using the chain who will authenticate using cryptography, the identity of users before the transaction is accepted as genuine and is then included in the current block on the blockchain. Blockchain works on a consensus, “peer to peer” basis. The blockchain is a “public ledger” meaning that it can be viewed by all parties participating on that blockchain and contains a chronological, time-stamped record of transactions.

Each user on the blockchain holds a copy of the distributed ledger on their computer (a “node”) and the data is synchronised and updated in real time on all nodes on the network. A blockchain comprises “blocks” holding batches of transactions data. Each block is then linked like a chain back to the previous block using an encryption label with a cryptographic “hash” which takes data from the previous block and, by using advanced mathematical techniques, transforms it into a compact “string”. This enables it to be uniquely identified and authenticated. By means of this cryptographic hash function, each block on the chain confirms the validity of the previous one.

Is there only one blockchain?

No. There is more than one type of blockchain. Two of the main ones are:

Does blockchain only include financial data?

It is possible to use blockchain technology to record not only financial transactions in cryptocurrencies but also used to hold important information, including images, establishing value to title, ownership or authenticity such as:

Where can you buy bitcoins?

How are Bitcoins created?

New Bitcoins are created by the process of cryptocurrency “data mining”. This work is undertaken by various individuals participating on the Bitcoin network and who are called “data miners”. Bitcoin mining is the process by which new transactions are verified and, if successfully authenticated, are then added to the blockchain. Very simply, what the Bitcoin miners are doing here is checking that the bitcoins in this new transaction have not been spent previously. For carrying out this activity, Bitcoin miners receive a transaction fee and are then eligible to earn new bitcoins as a reward for processing and authenticating transactions (basically auditing it) and thus guarding the integrity of the network.

To earn Bitcoins, the miners must verify at least 1MB of transactions and be the first to solve a numeric problem, namely to derive a 64-digit hexadecimal hash number which is either less than or equal to the “target hash”. This process requires powerful specialist mining hardware to run the software and uses huge amounts of computing processing power.

1He had published in October 2008 a paper called “Bitcoin: A Peer-to-Peer Electronic Cash System” describing this new currency.

2A fiat currency is one that is established as legal tender by the government and controlled by it. Fiat currency is not backed by a physical commodity (such as gold) and the value of it is determined by supply and demand for that currency rather than the value of any material which the money is made of. Modern national currencies are fiat money as they are not legally convertible into gold or other precious metals. 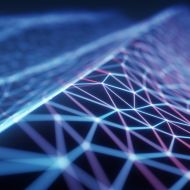