HMRC consults about standards in the tax advice market

Charlotte Barbour considers some of the key issues in the paper ‘Raising standards in the tax advice market: call for evidence’, published by HMRC on 19 March 2020.

The paper builds on informal discussions that ICAS and other professional bodies participated in with HMRC during 2018 and 2019, and ICAS will be submitting evidence to this consultation.

The paper sets out what the government considers to be the problem – that some advisers are incompetent, some unprofessional and a few actively corrupt. This view no doubt stems in part from the involvement of some agents in tax avoidance practices; the call for evidence was prompted by Sir Amyas Morse saying in his review of the Loan Charge that ‘the government must improve the market in tax advice and tackle the people who continue to promote the use of loan schemes, including by clarifying how taxpayers can challenge promoters and advisers that may be misselling loan schemes. There should be a new strategy published within 6 months, addressing how the government will establish a more effective system of oversight, which may include formal regulation, for tax advisers’.

The options range from some measures to improve the current system, to maximising the self-regulatory role of the professional bodies, to a statutory regulatory regime – and are identified as Options A–F.  There have been discussions amongst the ICAS Tax and Regulation Boards and ICAS plans to respond to this call for evidence supporting ‘Option E’, i.e. to maximise the self-regulatory role of the professional bodies by introducing a requirement for anyone who wants to provide tax advice on a commercial basis to belong to a recognised professional body. This is because:

The long-term aim should be to require that all tax agents should be qualified and should belong to one of the main professional bodies. There should be a transitional period, perhaps involving some form of affiliated status, to allow existing unaffiliated agents to adapt to the change.

Anyone can hold themselves out to be a tax agent

In the UK there is no restriction on the provision of tax services – anyone can offer them.

Members of the main professional bodies must meet certain standards, including having adequate professional indemnity insurance and undertaking continuous professional development; if they fall short a client can complain to the relevant body and disciplinary action can be taken where appropriate. HMRC can also report members to their professional body, although it currently only makes limited use of this power.

Whilst unqualified agents should comply with HMRC’s ‘standard for agents’ this does not fully replicate professional body standards. It is also very difficult, if not impossible, to enforce standards when anyone is permitted to act as a tax agent.

To the extent that the ‘evidence base’ for regulation reflects tax avoidance of the ‘loan scheme’ type, it may be better to focus efforts on the minority activity of promoting such arrangements, rather than on the giving of advice which is a much more common, mainstream activity. It should be noted, too, that in the HMRC document ‘Tackling promoters of mass-marketed tax avoidance schemes’ it says, ‘Today’s promoters are rarely members of professional bodies.’ ICAS does not believe that the promotion of mass-marketed avoidance schemes is a problem amongst ICAS tax advisers.

Not creating a new, and costly, problem

The typical key downside of regulation is cost, which ultimately will largely fall on the consumer. However, in relation to the tax advice market, costs could be mitigated by building on the existing professional body regulatory regimes and, if thought necessary, addressing any gaps and identifying possible improvements.

Getting from here to there

In order to get to option E, i.e. introducing a requirement for anyone who wants to provide tax advice on a commercial basis to belong to a recognised professional body, any proposal will need to deal with the fact that approximately 30% of tax agents do not currently belong to any professional body. Many of these agents provide a satisfactory service, and to ‘outlaw’ them overnight would probably be highly disruptive to tax compliance and it is unlikely that their clients or HMRC would, generally speaking, be better served,  by their immediate removal from the tax services market. ICAS therefore recommends a transitional period, perhaps involving some form of affiliated status, to allow existing agents to adapt to the new requirement which would be imposed by Option E.

Your views are sought

Please send us your feedback and comments regarding this call for evidence. As well as the general call for evidence, there are 31 specific questions. We want to properly and fully reflect members’ views and the outcome of this consultation may have long-term effects on the tax advice market. Contact ICAS tax at tax@icas.com or via the tax forum in CA Connect. 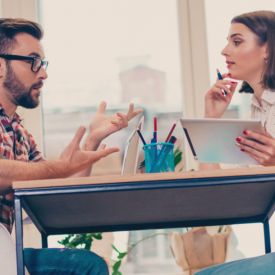 Helping agents to support their clients through the COVID-19 crisis