HMRC has responded rapidly to concerns over the complexity of taxation for trading and property income for income tax in the run up to quarterly submissions under  Making Tax Digital (MTD). Will the proposed rule changes mean many businesses change their accounting date to 31 March? And what impact could this have on businesses and advisers?

Simplifying the system for MTD

Under MTD ITSA, from April 2023, unincorporated business with turnover/gross income over £10,000 will be required to file quarterly updates. A key advantage of the quarterly returns is intended to be greater certainty over the tax position.

But complex rules on how profits are allocated to tax years meant that this was not easily achievable for individuals or partners with multiple income sources and accounting year ends other than 31 March/5 April. Hence, a change before MTD ITSA arrives makes sense.

On the other hand, the consultation review process is shortened. And the date for mandating MTD ITSA trading and property income is unaltered, except for a limited number of exclusions, such as LLPs.

There is only a very limited period for consultation on the proposed changes to the basis period rules before they are incorporated in the next Finance Bill. The consultation opened on 20 July and closes on 31 August 2021.

The draft legislation and consultation paper will replace the existing rule for trading income, called ‘current year basis’, with a new ‘tax year basis,’ described below.

The current year basis means taxable profits for a tax year are normally based on the accounting period ending in a tax year. Thus, accounting profits to 30 September 2020 are taxed in the tax year 6 April 2020 to 5 April 2021.

With the proposed changes, tax would instead be payable based on the profits of the tax year: the tax year basis.

Unless the accounting date is 31 March / 5 April, this means that two years’ accounts would normally need to be apportioned.

The proposal is that for all businesses chargeable to income tax on trading income, the move to the new system takes place from 6 April 2023.

From then on, the tax year basis would apply. The tax year 2022/23 would become the transitional year.

Unincorporated businesses could feel driven to change their accounting date to 31 March, to avoid the need for estimated returns and revisions.

For unincorporated businesses which don’t have a 31 March/5 April accounting date, more months of taxable profit fall into the 2022/23 tax year.

Fortunately, there is a relief, overlap relief, to compensate. However, in most cases, tax bills will be higher in 2022/23. HMRC proposes that businesses could spread the additional profit over up to five future years.

In the consultation paper, HMRC suggests that around 93% of sole traders and 67% of trading partnerships draw up their accounts to 5 April or 31 March (para 1.2). It suggests around 3% of sole traders and 15% of partnerships would need to use estimated figures to complete their tax returns. These are predominately businesses with accounting dates later in the tax year.

HMRC figures include unrepresented taxpayers. In fact, it is likely that taxpayers with agents will have more complex affairs. This could suggest that the number of businesses with advisers not using 31 March/5 April accounting dates and needing to submit estimates would be proportionately higher.

Large partnerships, those with overseas interests and seasonal businesses (e.g., tourism and farming) may also form a significant cohort of businesses whose year ends don’t align with the tax year.

ICAS would like your view on the proposals, especially given the very short consultation timescale:

The direction of travel is undoubtedly sensible. But the pace of change, in the aftermath of the pandemic particularly, places significant additional burdens on businesses and their advisers.

The timescale for responding to the consultation is short. Please let us have your views by emailing tax@icas.com. 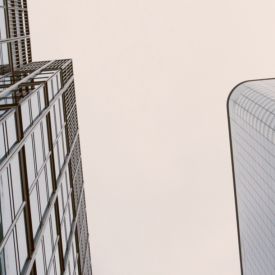 Paying tax sooner – what are the challenges and advantages?