VAT produces many conundrums. Is chocolate brownie a cake or confectionery? Is a ski-lift public transport? And is hot takeaway food ‘hot’?

In the recent case of EAT Limited we might have expected a repeat of the finely-balanced arguments over takeaway food.

But instead, we had a dramatic reversal. The taxpayer’s case was thrown out as a waste of time and an order given to pay HMRC’s costs. What went wrong?

Under the Tribunal Procedure (First-tier Tribunal) (Tax Chamber) Rules 2009, rule 10, the First Tier Tax Tribunal, for non-complex cases, may award costs against one of the parties only in exceptional circumstances.

The Tribunal may award costs where it ‘considers that a party or their representative has acted unreasonably in bringing, defending or conducting the proceedings’ or where there are ‘wasted costs’. That is, costs incurred due to ‘improper, unreasonable or negligent act or omission on the part of any legal or other representative or any employee of such a representative’.

Awards of costs are none too common at FTT and UT. In what sort of cases are costs likely to be awarded, and against whom?

A quick review of cases shows as many awards against HMRC as for it. And in all cases, the offending party’s behaviour seems wholly unreasonable, such as being based on non-existent transactions and legally-impossible claims.

For example, in Nicholas Deluca, HMRC had ‘pursued the wrong person for the tax’. PAYE regulations clearly made the employer liable and nothing could make Mr Deluca liable.

In a VAT case, Reddrock Ltd the taxpayer was made liable for HMRC’s costs after the Tribunal disallowed a claim for input tax because ‘supplies to which the invoices related had not taken place’. No transaction, no input tax.

So what went wrong with the breakfast muffins?

EAT Ltd was claiming a refund of overpaid VAT of £486,215 on breakfast muffins and another £123,014 in respect of grilled ciabatta rolls, on the basis that the sales should have been zero-rated as food, not standard rated as hot takeaways.

The kernel of EAT Ltd’s case was that breakfast muffins and grilled ciabatta rolls were delivered to the food outlets ‘90% cooked’. The final 10% of the cooking was done on site. EAT even had a colour chart so outlets could check deliveries for paleness.

As regards this 10%, was the food heated ‘for the purposes of enabling it to be consumed hot’? In which case it should be standard rated, or could EAT Ltd provide a convincing alternative explanation?

Could this be viewed as similar to a supermarket selling pies which are baked on the premises, placed on racks and, potentially, bought by consumers while still warm?

What the law says - legally hot

For the purpose of standard rating hot takeaway food, ‘Hot food’ is now defined as ‘food which is hot when provided to the customer, and:

‘Hot’ is defined as ‘above ambient air temperature’ and ‘kept hot’ includes re-heating or slowing down the cooling process.

So, where did finishing off the 90%-cooked breakfast muffins and grilled ciabatta rolls fit? The process was described in the firm’s training manual under ‘Toasties’. A customer would purchase a muffin or ciabatta which would then be placed in the grill for two minutes, or longer if needed. As EAT’s staff acknowledged, ‘customers did not want cold bacon in a hot roll’.

The heated rolls were then placed in foil-lined bags labelled ‘EAT HOT’, before being given to the customer. The company said that this labelling should be read as ‘EAT’ being the firm’s name, and ‘HOT’ meaning that the food was hot. Not as an instruction to ‘EAT HOT’.

Checking off against our VAT checklist it looked rather as if the food had been heated for the purposes of enabling it to be consumed hot, and heated to order, and provided to a customer in packaging that retained heat …

Was it is also advertised or marketed in a way that indicated that it was supplied hot? HMRC thought so but did not produce evidence to prove the point.

EAT Ltd’s main argument was that the food was heated so it could be served ‘fresh’ rather than ‘hot’.

This is reminiscent of the Deliverance Ltd case. Here the business owners successfully argued that the food was heated in order to comply with health and safety rules and not in order for the customer to consume it hot.

But heated to be ‘fresh’? EAT outlets also sold baguettes and croissant that were cooked at the outlet and allowed to cool before sale. EAT staff confirmed that these products were fresh, even if they were not hot when sold.

At this stage it became clear that the taxpayer had lost the favour of the Tribunal: ‘Although not relevant to my decision (and I have not taken it into account), there is perhaps a certain irony in describing these products as "fresh", as they were prepared in a central kitchen, away from the retail premises, using pre-cooked or pre-prepared ingredients’.

The Tribunal decided that it was standard-rated hot takeaway food.

EAT Ltd’s case, and others had been stacked behind a case brought by a Subway franchise. This case went to the Court of Appeal and was decided in favour of HMRC – standard-rating the takeaway food

But there had been an earlier decision on John Pimblett (John Pimblett and Sons Ltd v Customs and Excise Commissioners - [1988] STC 358) concerning partially cooked pies ‘finished off’ on site, which was decided in favour of the taxpayer’s – zero rating the pies.

So following Pimblett, EAT’s case had at least a possibility of success, but looking at Sub One it seemed unlikely. How would the conflict be resolved?

The Tribunal followed Sub One, setting aside the Pimblett judgement. It commented:

‘There has been considerable litigation on the meaning of "hot food", and the decision of the Court of Appeal in Sub One Limited (t/a Subway) (in liquidation) v HMRC [2014] EWCA Civ 773 reviews the meaning of the legislation, and in particular whether the "purpose" test in the legislation should be construed objectively or purposively.

The decision of the High Court in John Pimblett v HMCE [1987] STC 202 adopted a subjective interpretation. However, this is inconsistent with EU law, which requires an objective test.’

Adopting the approach from Sub One, the Tribunal looked at the common intention of EAT and its customers. Objectively, EAT had to show this common intention was ‘that the food ….. was not supplied in order to be eaten hot’.

Given the previous conflicting decisions, the taxpayer might have thought it had a chance of success. But this case clearly shows the risk of taking a case to FTT where a higher court has recently ruled otherwise. 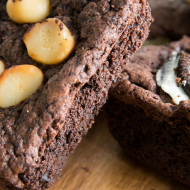 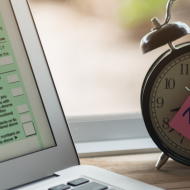