Thousands in penalties hinged on a taxpayer's genuine belief. Philip McNeill looks at a recent authoritative decision which shows where to draw the line.

Someone might genuinely believe that the world will end tomorrow, or that an email from HMRC is a scam. But however real their belief, can this even be a 'reasonable excuse' for missing a tax deadline.

In the Upper Tribunal (UT) case of Christine Perrin, the Tribunal considered if the taxpayer had a reasonable excuse for late filing of self-assessment income tax returns. The Tribunal had harsh words for HMRC even though the taxpayer was disappointed.

The case addressed the issue of honestly held opinions. Can a genuinely held belief, even if incorrect, ever be a 'reasonable excuse' for late filing?

A catalogue of confusion

The Christine Perrin saga began in an attempt to file a 2009-10 self-assessment tax return online. It escalated over the 2010-11 and 2011-12 filing seasons into a catalogue of confusion and errors.

The taxpayer thought she had submitted the 2009-10 return online but had not actually completed the final submission stage. Forgiven penalties for 2009-10, the same happened the following year. Attempting to correct this, the 2010-11 information was accidentally filed as 2011-12.

To compound matters, HMRC lost an appeal form. When this was found, it was unsigned and needed resubmission. By 2014 the penalties were counted in thousands.

The First Tier Tribunal (FTT) dealt with all but the daily penalties in 2014 but stayed a decision on daily penalties behind the Donaldson case (Donaldson v HMRC; Court of Appeal [2016] EWCA Civ 761).

FTT decided that there had initially been a reasonable excuse, but that on the facts a reasonable excuse had not continued until the actual filing date. The taxpayer had delayed unduly from the point when they should have known that the returns were still unfiled.

Could the UT now challenge the underlying facts and re-make the decision?

The truth is nuanced

Quoting the French historian, Renan, with approval (la verité est dans les nuances), the UT said that it was the FTT’s appointed task to make judgement calls on the facts.

These could be based on subtle balances of evidence and impressions of the trustworthiness of evidence. Higher courts would be reluctant to overturn such decisions unless such finding of facts was without evidence or inconsistent with what evidence there was.
It was not the job of the UT to retry the case. The appeal is only on an issue of law, though this may sometimes involve a re-evaluation of the facts, and the opinions based on them.

Does it matter how taxpayer opinions are formed? Are some inherently more reasonable than others? Is any source of advice as good as another?

Taxpayer opinions can be formed in many ways: not just through Gov.uk or their tax adviser. The UT suggested that pub advice (and presumably its equivalent ‘google-tax’) might not be reasonable authorities on which to rely.

‘..a taxpayer who was well used to filing annual self assessment returns but was told by a friend one year in the pub that the annual filing requirement had been abolished might persuade a tribunal that he honestly and genuinely believed he was not required to file a return, but he would be unlikely to persuade it that the belief was objectively a reasonable one which could give rise to a reasonable excuse.’

After a thorough review of all the relevant authorities, the UT decided that “to be a reasonable excuse, the excuse must not only be genuine but also [be] objectively reasonable when the circumstances and attributes of the actual taxpayer are taken into account.”

The UT was none too complimentary about HMRC’s standard advice on the meaning of ‘reasonable’.

‘It is regrettably still the case that HMRC sometimes continue to argue that the law requires any reasonable excuse to be based on some “unforeseeable or inescapable” event... It is quite clear that the concept of “reasonable excuse” is far wider than those remarks implied might be the case.

‘In an appropriate case where HMRC base their argument on this unsustainable position, the FTT may well consider it appropriate to exercise their jurisdiction to award costs against HMRC for unreasonable conduct of the appeal.

‘Similar observations apply to the HMRC “mantra”... to the effect that an “unexpected or unusual event” is required before there can be a reasonable excuse.

‘The statutory phrase is “reasonable excuse”, and those are the words that are to be applied by HMRC and the FTT, interpreted as set out above; the addition or substitution of other words beyond those used in the statute can very easily obscure rather than clarify the value judgment as to whether or not a taxpayer has a reasonable excuse, and should be avoided.’

The UT also set out a four-point plan for considering the defence of ‘reasonable excuse’:

HMRC guidance may overstep the law. Taxpayers may make decisions based on inaccurate impressions. One of the challenges of giving good tax advice is not only knowing the law but being able to fit it to the circumstances of the individual taxpayer.

Knowing the taxpayer could make all the difference. Even in this case, had the taxpayer a history of amnesia, ‘unreasonable delay’ could become ‘reasonable’. 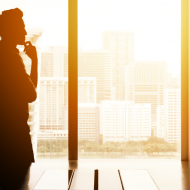