ICAS has just sent in its response to the consultation on Basis Period reform, but what does it all mean for professional partnerships, seasonal businesses and others brought within the changes? And is there a wider application to the corporate sector?

Priming the sat nav with the correct address for the final destination is a useful precaution even if you fancy a few detours en route. It’s the same with policy reform. The ultimate question is where are we heading?

With the sheer volume of consultation and new proposals for taxation of non-corporate businesses, it would be easy to lose sight of the target. So let’s make an assumption - that the long term aim is real-time quarterly payment of tax on trading and property income, alongside quarterly reporting of income. What difference would this make to the answer?

The observant will have noticed that reform of basis periods for trading income for income tax is not actually simplification. For businesses using a 31 March or 5 April year end, the proposal to tax income on a tax year basis, rather than an accounts basis, makes no difference.

For anyone else, it brings complexity. Year on year, it will be necessary to apportion the results of two accounting periods to obtain the earnings which match the tax year. And if the timing of filing deadlines means that it is impracticable to finalise accounts for the second year before submission of returns, then there will have to be estimates. Forever.

The jury is still out on whether it will be necessary to file a revised return once the final results are ready. But even if provision is made for modest adjustments to be made in the following year, without revising and resubmitting previous filings, apportionment and estimation continue.

In order to avoid repeating this cycle year on year, some businesses might choose to change their year-end to match that of the tax year. They might bite the bullet and make a big change in one year, rather than facing ongoing hassle.

But this is not for everyone. Were businesses made for taxation, or was taxation made for businesses? What should come first? Business management needs or tax administration? For seasonal businesses, professional partnerships with overseas interests and others, moving their accounting date to match the tax year isn’t realistic.

So why accept reform now? Because of the final goal. If we accept that the world is changing and a new real-time order is arriving quickly, then the need for change is imperative. It is determined by the final goal.

Hence a new order of taxing all income sources on amounts earned in the tax year for income tax, begins to leverage some of the advantages of quarterly returns and payments. It brings a different order where greater alignment of rules makes it easier for the many to know, more nearly to real-time, what income tax they actually owe.

But the chief beneficiaries here are likely to be smaller businesses and individuals. Some groups will still be left out in the cold.

Making it work for the few and the many

HMRC is keen to point out (as in the introduction to the consultation on Basis Period Reform) that 93% of sole trader businesses and 67% of partnerships already have 31 March/5 April as their year-end. And the rest? While it might be tempting, Luddite like, to oppose change, might it be more appropriate to welcome change for those whom it benefits and looks for better solutions for the rest?

For example, do those for whom there would be significant additional administration, need to join at once? Might a more radical change such as moving the tax year end to 31 December, alleviate the pressures on many groups who would otherwise be disadvantaged by the current proposals? Bring them in later, and fewer would be disadvantaged.

Moving on to corporate

Testing viability of a model with one group before rolling it out to all, is a well-known strategy. And it seems clear that this model of reporting and paying tax, in sight for income tax, will in due course be rolled out for SME corporate businesses. So corporate business may do well to take note and follow the roll out carefully. There are some features which are unlikely to carry over. But in a real-time world the match is a lot closer than might have first be thought.

For the Owner Managed Business sector, there may need to be a general upping of the game in terms of ‘letter of the law’ compliance with such issues as paying dividends and use of director’s loan accounts.

One challenging question remains. Can this be resourced?

For HMRC, business and the accountancy profession, the pandemic has been a time of inordinate stress. If we now add additional change, will the system crumble, and resources give out?

HMRC, whose service standards are already under pressure, needs to take a realistic look at the feasibility of managing this level of predicted change.

One thing is certain, uncertainty kills the game. Too many cries of wolf leave motivation in tatters. There is a great need for clarity and a fixed timetable, without last minute changes.

When you have hauled yourself to the top of the mountain, the last news you want is that it wasn’t necessary.

Join the discussion and give us your views at tax@icas.com 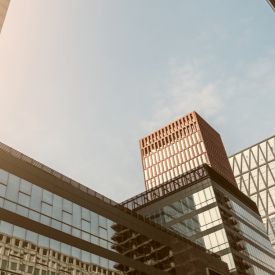 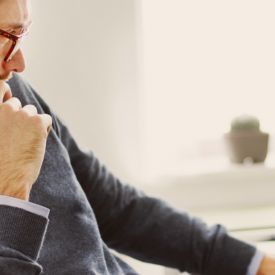