Justine Riccomini explains why the Upper Tax Tribunal did not concur with HMRC’s arguments in this latest employment status case concerning football referees.

Another employment status decision hit the doormat this month which makes interesting reading. It concerns a company by the name of Professional Game Match Officials Limited (PGMOL) which is an entity owned jointly by the FA, the Premier League and the Football League and provides match officials for professional football matches.

The FTT originally heard this case in July 2018 and that decision was based upon evidence given in relation to part-time referees who officiate matches in their spare time and are not full-time employees of PGMOL. HMRC had issued determinations for significant amounts of PAYE and NICs covering two tax years (14/15 and 15/16), having decided that the referees were to be classified as employees.

Three key considerations formed the basis of the decision:

1. Mutuality of obligation (which encompasses personal service);
2. Control;
3. Evidence of an independent trade or profession.

Whilst the FTT found the existence of a contractual relationship, it concluded:

The UT heard the case in January 2020 and crucially considered HMRC’s statement that “Mutuality of obligation is relevant only to the question of whether there is a contract at all…  and not to the question whether such contract is one of employment or a contract for services”.

The UT then went on to explain that in this case as mutuality was the overarching factor, it was not necessary to consider control – but it had done so for the sake of completeness and transparency. This was interesting because the UT actually concluded that the FTT had made an error of judgement in its consideration of the concept of control – but in this case it made no difference to the outcome of the case.  HMRC’s appeal was dismissed.

The HMRC “Check Employment Status for Tax” tool (CEST) has not been configured to consider the concept of mutuality for precisely the reasons stated by HMRC in the UT case above. Despite constant calls from professional bodies and other stakeholders as well as the IR35 Forum that mutuality should be included in the testing tool, and that the test is not sufficiently robust without it, it still doesn’t appear.

HMRC has been reported as saying it intends to appeal this binding decision.

A growing number of tax cases being heard in relation to employment status are now being found to fall down on mutuality of obligation. It remains to be seen whether HMRC employment status policy can be swayed by these judgements and change its technical stance. 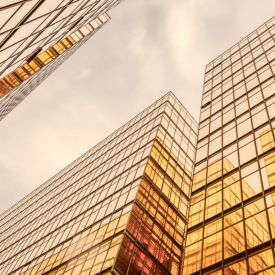 Representing members views on IR35 to the House of Lords