Susan Cattell considers how confidence in HMRC could be enhanced through a robust new Charter and greater transparency about HMRC performance.

In order to improve taxpayer trust and confidence in HMRC – and maintain high levels of voluntary tax compliance – ICAS believes it is important that HMRC should set out clearly the levels of service it will provide to taxpayers and agents, and publish data which will allow it to be held to account for its performance.

ICAS submitted a response to the consultation on the draft version of HMRC’s new Charter. Our view is that if the Charter is to assist taxpayers, it is essential that it sets out clear commitments (rather than aspirations) to the standards of service HMRC will provide and how it will be measured against these commitments. It should also make clear what taxpayers can do when things go wrong.

Omissions from the proposed Charter

We highlighted two key omissions from HMRC’s draft Charter, which we believe need to be rectified:

Firstly, the new Charter should include a specific commitment that HMRC will recognise a taxpayer’s right to appoint an agent and that it will deal with agents appropriately authorised to act for taxpayers. This should be supported in practice by ensuring that agent access is properly designed and built into all new HMRC online forms and systems from the beginning, not added as an afterthought. HMRC’s ongoing failure to do this causes problems for agents trying to act effectively for their clients.

Secondly, the Charter should include a commitment ‘to keep any costs to you at a minimum’. This commitment appears in the current Charter but has been omitted from the draft. We believe that it should be reinstated. Taxpayers should be able to comply with their basic tax obligations without incurring significant costs. If this is impossible voluntary compliance will be undermined.

Areas which are important to taxpayers

HMRC should commit to providing accurate, consistent and clear information We have anecdotal reports from members of incorrect information and responses being provided by HMRC helplines and webchats. We do not know how widespread any problems might be but we suggested that it would be useful for HMRC to carry out some monitoring and checking of the accuracy of responses provided (if it does not already do so) and to publish an analysis.

Feedback from members indicates that taxpayers who are not large enough or wealthy enough to have a Customer Compliance Manager, experience considerable difficulties accessing the relevant HMRC experts and obtaining the right help and support from HMRC. This causes delays, increases costs and may mean (particularly for unrepresented taxpayers) that they cannot resolve a tax issue.

It is essential that this is addressed, so that all taxpayers can access HMRC support and (where appropriate) relevant experts within HMRC quickly and easily. HMRC needs to ensure that its ‘Customer’ Helplines and online forums are properly resourced and able to deal quickly and efficiently with routine questions and issues. Escalation routes for more complex matters need to work effectively.

Measuring HMRC’s Performance against the Charter

HMRC is required to make an annual report reviewing the extent to which it has demonstrated the standards of behaviour and values included in the Charter. In line with our view that the Charter should set out clear commitments to the standards of service HMRC will provide, we believe that the annual report should give a meaningful assessment of HMRC’s performance against those standards, supported by statistics and analysis.

ICAS has also submitted a response to an HMRC request for views on data and transparency. HMRC already publishes a range of information about tax receipts, tax reliefs and taxpayers – and some data about HMRC performance (for example, its monthly and quarterly reports). It also provides some analysis of the data in its Annual Report and its publication ‘Measuring tax gaps’.

However, feedback from members indicates that this performance and statistical information is not well publicised or easily accessible. Poor navigation and search functionality on GOV.UK and the absence of any central listing of published data make it difficult to locate information, even if HMRC does publish it.

Access to published data should be improved – and awareness of what is published should be raised. We would like to see a central hub online, from which all HMRC published statistics could be accessed – or at least a central listing of what is available.

HMRC should also publish data that would assist in measuring its performance against specific Charter standards and would be used in compiling the annual Charter report.

Our suggestions for other data which would be useful include:

ICAS belongs to HMRC stakeholder groups which will be considering the Charter and enhancing HMRC transparency on an ongoing basis.  We would like to hear members’ views on both. Please send us your feedback and comments by emailing tax@icas.com. 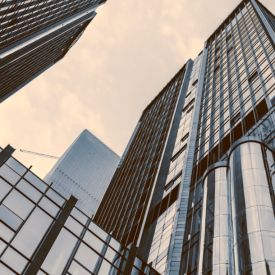