Susan Cattell outlines HMRC’s proposals for updating its charter – which sets out the standards of behaviour taxpayers can expect from HMRC - and invites feedback from ICAS members.

Finance Act 2009 introduced a requirement for HMRC to publish a Charter which must include “standards of behavior and values to which HMRC will aspire when dealing with people in the exercise of their functions”. The legislation (in s16A of the Commissioners for Revenue and Customs Act 2005) also requires HMRC to regularly review the Charter and publish revisions, or revised versions, when it considers it appropriate to do so.

Recommendations for changes to the Charter

The House of Lords Economic Affairs Committee in its 2018 report “The Powers of HMRC: Treating Taxpayers Fairly” noted that the evidence it received suggested that HMRC was not always living up to the standards set in the Charter and that government pressure on HMRC to collect more tax with fewer staff might be pressuring staff to take a more aggressive approach and impairing their ability to  be fair to taxpayers. It made several recommendations linked to the Charter, including that the Charter should be amended “to clarify HMRC’s responsibilities towards unrepresented taxpayers including that issues are clearly set out, legislation is explained and rights to review and appeals are made accessible”.

More recently Sir Amyas Morse in his Loan Charge Review recommended that the Charter should be reviewed “to set higher expectations of performance during interactions with members of the public, and to ensure that staff are trained to meet these expectations.”

HMRC began work to review the current Charter in September 2019. In developing its own proposals for an updated version, it has undertaken several actions, including:

HMRC’s proposals for the Charter

HMRC has published a consultation setting out its proposed new Charter and inviting input. Based on the work carried out so far HMRC believes that the updated Charter should:

It is not therefore surprising that the proposed new Charter is shorter than the current one. The clear split between the taxpayers’ rights (what they can expect from HMRC) and their obligations (what HMRC expects from taxpayers) has disappeared. Instead, the new Charter is divided into two parts:

Measuring HMRC’s Performance against the Charter

CRCA 2005 also requires HMRC to make an annual report reviewing the extent to which HMRC has demonstrated the standards of behaviour and values included in the Charter. As part of the consultation HMRC is therefore seeking input on how its performance can be monitored and measured against the new version of the Charter.

Please send us your feedback and comments by emailing tax@icas.com or  login to the CA Connect forum, an area exclusive to members. Here you can share your thoughts on the proposed new Charter and engage in discussion about it with fellow members. 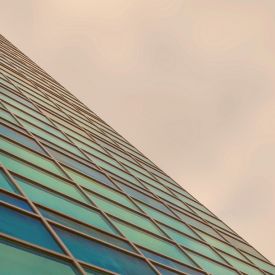 Appointment by digital handshake: what will your clients make of HMRC’s digital authorisation of agents?